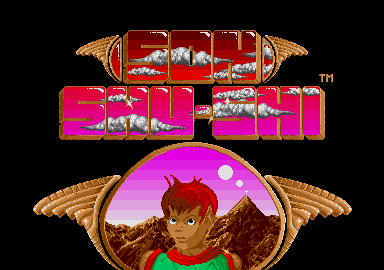 The title screen. You already feel this is gonna be a high quality game. 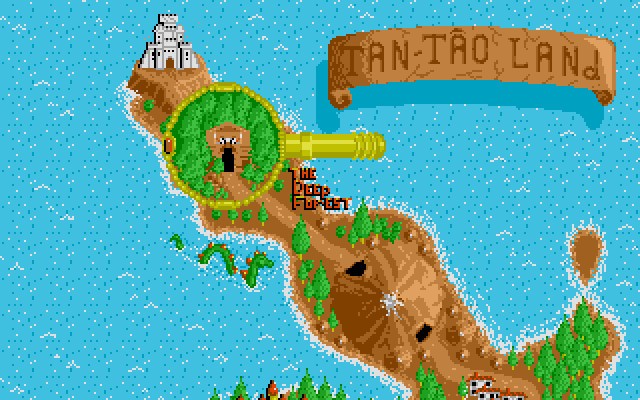 Each level starts with a map. A tradition first seen in the Mario games, I guess. 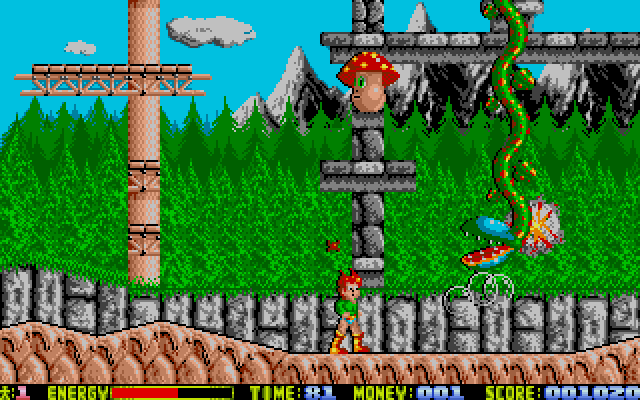 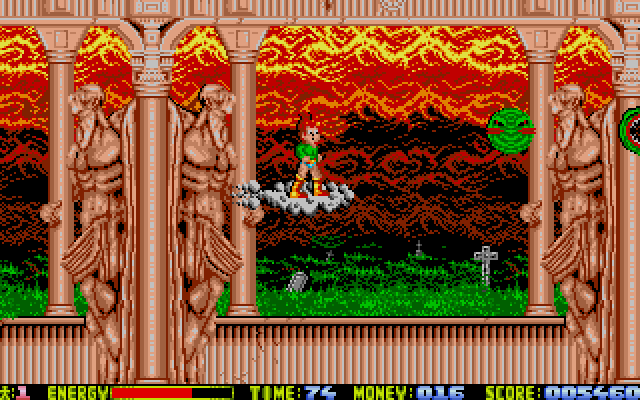 The first shooter stage. A nice change of pace. 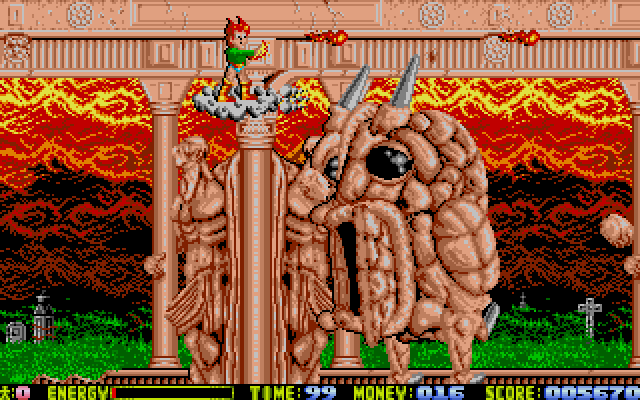 The boss stage of level 1. I love the art in this game. It is so weird and detailed. 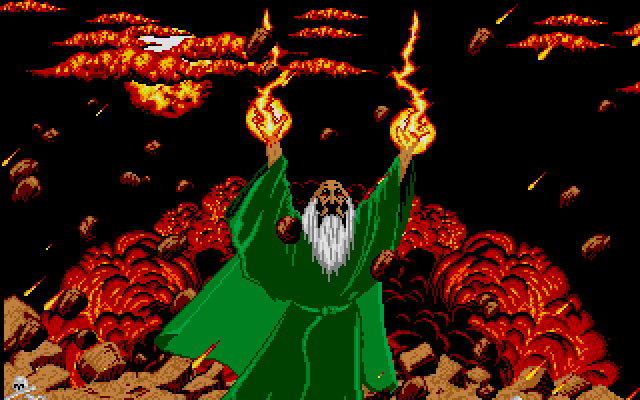 The game over screen. Get used to it. 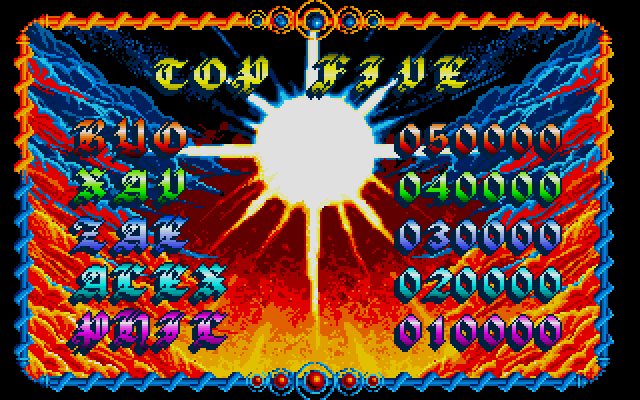 No highscore for me this time.

Alexandre and Xavier Kral are two brothers, who had grown up during the booming arcade scene and roaring 8-bit home computer period of the first half of the 80's. Being obsessed with computer games, their first home computer was the Commodore 64. In 1987, they discovered the mighty Atari ST. After getting bored of playing games, they decided to start creating them. Their first big release was Krypton Egg, an Arkanoid inspired game with a fierce shoot 'em up twist mixed in.

The game we are dealing with here however, was their last endeavour on the 16-bit home computers. Released in 1991 by publisher Expose Software, a company with their roots in the cracker and demo scene, the game was called Son Shu Si. The history of this game is again quite intriguing. After its release, Son Shu Si got lost in time. Only a corrupt version was available, hacked by Terminator Kid. The Amiga counterpart resurfaced in the mid 2000's, but we Atari ST lovers had to wait till now. Last year, the original developers' version of the game was found, and today, we finally have a fully working, completely hacked, packed and trained release of this forgotten classic. All done by the mighty Replicants. But is this Belgian-made game any fun to play?

Graphics were mostly done by local friend and artist Phillipe Geurten. He was inspired by Sega's Wonderboy. Sticking with the Atari ST, personally, I think the game also has got an Elf vibe to it, and for some strange reason, the boss fights remind me of Sega's Altered Beast.

This all being said, Son Shu Si, is colorful and filled with nicely detailed, well animated sprites. The scrolling is fluent all the time, and we don't have to experience any dreaded flipscreening, which is simply amazing.

At the intro screen we are treated with some nice sampled music. During gameplay we only have digital sound effects. When the speakers make any noise, it is a treat to the ears, but I do miss a soundtrack during gameplay.

Son Shu Si seems like your run-of-the-mill platformer at first. The game features 6 action packed levels filled with platforms, pits, death traps and hordes of different enemies. Killing bad guys leaves all kinds of goodies like power ups, to replenish your energy, coins, which can be used in the shop, but the most fun is had with the extra firepower bubbles. It almost seems there is an unlimited number of different weapon types scattered around the scenery, sometimes reminding Sun Shu Si to a far 'run and gun' Turrican style type of game. And you will need it. Also noteworhthy are the 'T' tokens. Yes, this game has a time limit build in, but instead of instantly being killed when your time is up, the game switches to night cycle and everything gets increasingly harder to see until the screen turns black. A really nice detail. Don't worry, staying alive for 90 seconds is a hard task. Once your energy is depleted, you will return with a new 90 seconds of game time.

All this sounds very common, but as in good Kral brothers tradition, different game styles are mixed in this amazing platform game. When you reach the exit of a level, the game is turned into a side scrolling shoot 'em up. The main hero is now flying a magic carpet and it is up to you to survive it to the end of the level, shooting wave after wave of baddies until you reach the boss. If you manage to kill him, you'll enter the next world.

There are also bonus rounds. These rounds are big hint towards Krypton Egg, as this time around you play a little fierce game of Arkanoid to collect as much points as possible.

What an accomplishment this game is. Created with such a small team, the result is really amazing. The game oozes creative passion. While the gameplay is really well balanced, it is a tough cookie, very hard from time to time with its moments of sheer frustration. As of level 3, timing becomes key. You will need to practice and learn the levels to complete this game, there are so many bad guys on screen it sometimes gets a bit hard to take. It is a good thing you have 3 lives and 3 credits. But once you overcome this fact, Son Shu Si actually turns into one of the better platformers on the ST. A beautiful, console quality game. Too bad it took so long to reach the public.

Admittingly, I don't know how to kill the first boss, so I had to use the level skip feature of the crack to start at level 2.

And for the people with an eye for details. On the main title screen, the game is written as Son Shu Shi, while in game it turns into Son Shu Si. The correct title is the latter one, according to the Kral's themselves ;-)