Dreams...It's such an intriguing subject. It has been discussed in books, written about in songs and portrayed in dozens of movies. Especially the frightening dreams as they are the ones that stick in most of our little heads. Someone once told me that we dream to get over certain events we experience. All I can say is that I hope this is not the case for the main character in "Weird Dreams", or he must be living a very strange life.


Released by Rainbird in 1989, "Weird Dreams" was indeed...weird. The game came with a 60 page novella instead of a manual, which is understandable. I guess you can write a complete book about the screens seen in the game. The story line starts with you lying on an operating table. When you are put to sleep and the surgeons around you slowly fade to black, the madness starts, and the game begins...

"Weird Dreams" must be one of the strangest visual experiences ever to grace the computer screen. Gardens with flesh-eating roses, flying fish, psychotic footballs... it's all there. The game features big sprites, which are all highly detailed and well animated.


Backgrounds are very colorful and vary from such different places as the desert to a complete fairground. Two thumbs up for Herman Serrano who was the graphics artist for the game.

A haunting, dream-like intro track, creepy fair ground carnival music. It all fits the game perfect! The tunes are your run-of-the-mill David Whittaker chip tunes, but they are nicely executed. Combine this with some great sound samples, and we have also a winner in this department. I just love the blowing up of the head and the scream when the main character gets it.

And this is where the creators have dropped the ball. "Weird Dreams" could have been so much more than just eye candy, but the game play isn't really on par with the rest of the game..."Weird Dreams" can be best described as an action/adventure game. The adventuring part of the game is just fine, it's in the action bits where the trouble starts.


Due to the highly detailed level of animation, the main hero reacts extremely slowly to the controls of the joystick. For example, in the first scene of the game you're stuck in a candy-floss machine and you have to try and get out of there. To do this, you have to jump on the moving stick, which goes around in circles in the sugar bowl. But due to the slow reaction time, you already have to push up when the moving stick isn't even close to you.


In the end, it is all about timing. That's the case for almost every screen, even in the fighting sequences. Hit your opponent a fraction of a second too late, and your toast. So the only thing you can do to master it, is playing each screen over and over.


This gets frustrating really fast. And even though every scene has its surprises, only the most hardened gamer will probably be able to witness them all. Also keep in mind you can only get re-animated 5 times, after that, you're dead and you have to start from the beginning.


But on the other hand, there are some really nice puzzles to solve. And since everything is so freaky, so surreal, it is quite a challenge to see what happens next. So keep on trying, that's the key. You'll be treated with the weirdest, unexpected imagery ever!


Still not convinced? How about this...Have you ever plucked a fish from the sky, and used it as a weapon against living, chicken-like statues?

Although the game isn't really fun, I have to admit, I played it quite a lot, just to see what weird things would happen next.


"Weird Dreams" is something special, you might not enjoy it, it might be too frustrating, it might be too hard, but it is something you just have to see for yourself. And once you get the hang of the slow controls, it isn't that bad either. I might even go as far as saying that this should be in every retrogamer's collection. I know, it sounds weird after everything I just wrote... But hey, that's what this game is all about... 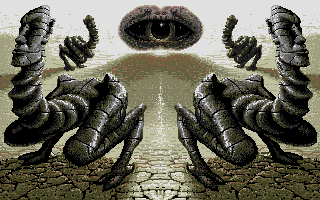 The intro screen. Our first confrontation with the surreal world of Weird Dreams 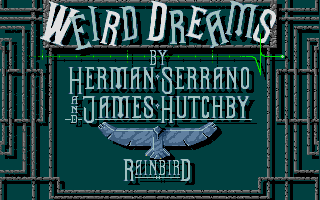 Another classic from Rainbird. 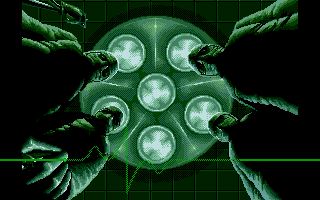 Your last glimpses of the real world. Once you close your eyes, you're in for a surprise! 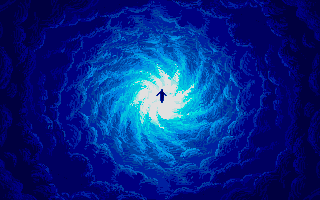 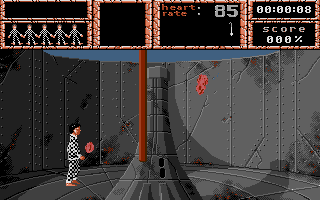 The candy-floss scene - Whoever came up with that idea? 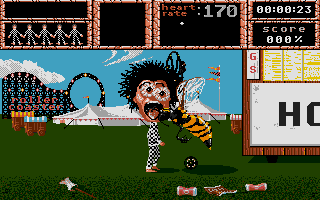 This is what happens when you're stung by a giant wasp! 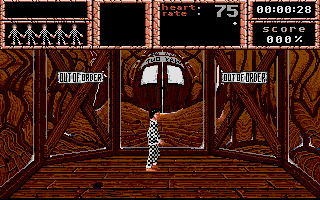 The mirror palace. This is where you may choose between 2 different paths to complete the game. It's up to you! 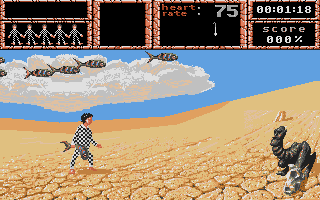 This game used to freak me out as a little kid! 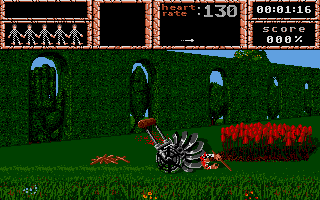 The garden of flesh eating roses. If you're not able to pass the flowers in time, a lawnmower shreds you to pieces! 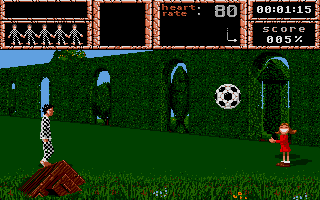 A little innocent girl is playing with a football. Ha, better watch out, the ball seems to have a taste for human flesh! Oh, and did I say INNOCENT girl? ;-)