Since the release of "Tetris" on the Nintendo Gameboy in 1989, the industry has been infested with look-a-likes and clones for about every system imaginable. Every company wanted a piece of the pie, and can you blame them? Sega had their version called "Columns", Atari tried it with "Klax", and then I'm not even talking about all the clones. But none of these variations came close to the success Nintendo had with the original "Tetris". Recently the Reservoir Gods released their puzzle game called "Godpey", which could also be called a Tetris like game.


The game is based on "Gunpey" for the Bandai Wonderswan (I have no clue what that is, actually). But of course, this is not JUST another puzzler. We are talking about a Reservoir Gods game here, and once again, they managed to take a very simple idea and make a big game out of it, this time turning it into a complete action/puzzle adventure. But how is the core gameplay anyway? Is it worth going through all the trouble? Let's have a closer look.

The overall look of the game is really nice and clean. We are first treated with the usual neat option screens before we start the actual game. One thing I was a bit disappointed of was the playfield in 1 player mode. Why they kept it so small is beyond me. It's not really bad, everything is clear to the eye, it just would have looked even better with bigger sprites. There are some nice cut scenes and animations between games. Apart from my little comment, this is again all top class work!

Chip music by MSG. He's a really talented composer. Just as in "Superfly", SID tunes are used, and again...They rock! I love it. MSG has become one of my favorite composers since I discovered the RG games. There are also some samples used in the menus, when switching between the different options, and during gameplay. Only complaint I have, they sound really soft, and sometimes even go unnoticed!

As mentioned before, "Godpey" is a puzzle game. The basic idea : the playfield is divided into tiles with lines on them. You control a cursor that always occupies 2 tiles at once. You're able to switch these tiles. So, if you use this technique, you can move tiles all over the playfield. Now it's your job to create a complete line that spans from the left to the right. The longer the line, the more points you score. It might sound complex, but it is actually pretty simple. Though you need a clear mind when playing it.


When you start the game, all the game modes are locked except for the practice mode. The first thing you have to do is try and earn some experience points, once you won enough of them, you get another vegetable on your head and the other modes become available. In all, there are 9 types of vegetables, before you've unlocked everything. Sounds familiar, he? The creators have opted again for this gametype, and why not, it works. You'll find yourself playing over and over, just to see what is next in store for you. If it ain't broke, why fixxx it?


And once you have unlocked the "Story" mode, a completely new challenge unwraps. You play as little monkey, and all your vegetables got stolen, so now you have to go on a quest and get them back from the thieves that stole 'em from you. Again, the story sounds as if the creators were on dope when they "wrote" it. But that's what makes it all so funny. "Story" mode is a combination of all the different game modes, only this time you'll be playing against a computer controlled opponent.


One thing I noticed while playing is the fact that the computer characters get a lot more tiles then you do. This can work in your advantage, when you have to play a normal game and have to prevent the tiles from reaching the top. But this can also work against you, when you, for example, have to score as much points as possible. The computer character can make longer chains, as he has more tiles. I found this to be a bit of a downer, and not really fair...


There are also multiplayer modes to play with your buddies. Fun assured! Try playing this with a few six packs, and you'll be laughing all night long. There are some other nice features like the now famous jukebox option, where you can listen to the tunes of the game. And again, it's also possible to play with the Jagpad!

"Godpey" is a very good game, and can easily match up with "Tetris". I found myself enjoying it even more, because of all the different challenges in "Story" mode. But beware, you first have to unlock this mode, and that might take awhile. All I can say is, do not give up, it's worth it! Even though it can get frustrating before you get there, you really need to use your brain. In conclusion, "Godpey" is one of the better puzzle games for the ST, and if you like "Tetris" or "PushOver", you'll love this!


(It seems I've missed out on a very important feature of the game. The creators of the game just contacted me, after reading this review. I though it was not really fair that the computer controlled characters were getting more tiles, well it seems that once you place the cursor on the bottom line of tiles and press down, you get a completely new line. And of course, this is what the computer characters do all the time. I had no clue about this little option, so my apologies to the RG's for this little mistake!) 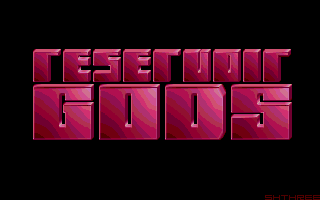 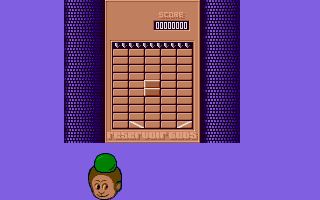 As you can see, I have a pea on my head! 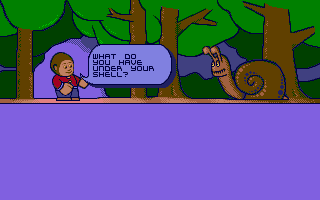 The second encounter in Story mode! The angry snail...Mwahahaha :-) 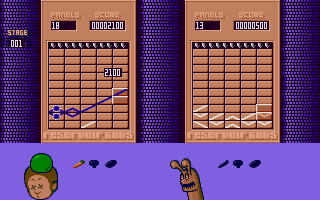 Try making the chain longer than 5 tiles, the tiles are moved to the opponent's screen, making it harder for him. 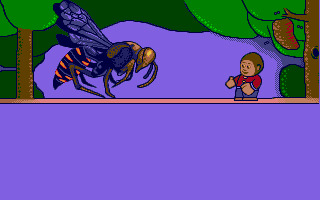 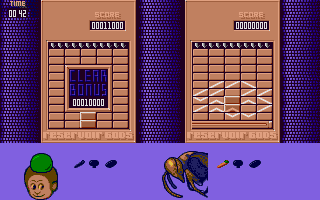 If you manage to clear all the tiles, you get an extra bonus... 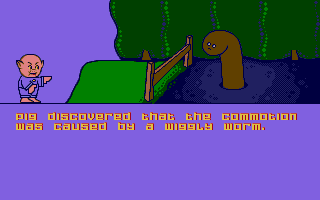 I did it, I've unlocked the 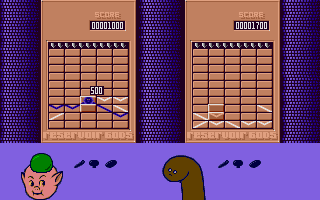 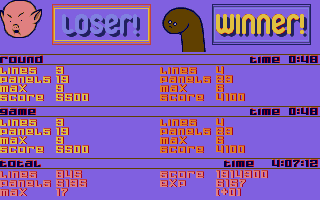 The little bugger got me!!