Return to Genesis is the one game I was never able to play on my Atari STe. Don't ask me why, probably a faulty disc. Too bad, cause it's a great game. Created by Pete Lyon and Steve Bak ("The Dream Team"), this game could be called the true follow up to "Goldrunnner". All the features that made "Goldrunner" so cool are implemented, together with some new touches to create a completely different gaming experience. But is it as fun as it's predecessor? let's find out!

The game doesn't look nearly as good as "Goldrunner". The game screen is very small. We only have about half a screen where the action takes part. But on the bright side, we get parallax scrolling, and it is just a fast and fluently as in "Goldrunner". And the ship turns in the same stylish way as his golden counterpart. Each level has its own design and they all look very colorful.

A great soundtrack from David Whittaker (one of the most influential game soundtrack developers ever) combined with creepy sound samples!

"Return to Genesis" is a different kind of shoot 'em up. It is best described as an ultra fast "Defender" clone. It takes a while to get the hang of it. The key is to go as fast as you can... Constantly!


It is your job to save all the hostages in the level. Once you managed to do that, your mission is complete and you move on to the next one. But watch out. There are enemy craft that will do anything to prevent you from accomplishing your goal. The further you progress, the more of them you'll meet, and the faster they will shoot. Luckily for you, your ship is a lot faster, so when you can't shoot 'em, it's pretty easy to avoid them!


Within each level, lots of obstacles are scattered around. Once you hit them, your ship will be bounced in the opposite direction. This can get very frustrating, but on the other hand, it gives the game this strange pinball feeling. A nice touch indeed!

"Return to Genesis" is a fun game. Not is polished as "Goldrunner", but definitely worth a try for every shoot 'em up fan. A friend can also join in. In 2 Player mode you'll have to wait turns and try and progress as far in the game as you can! 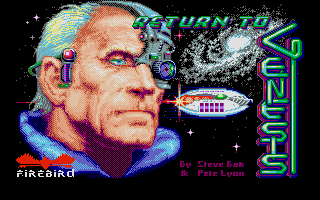 The title screen looks fantastic...Admit it! 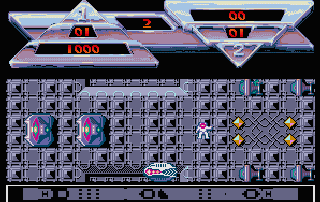 Try and pick up those hostages for extra points...Or easier, just shoot them! :) 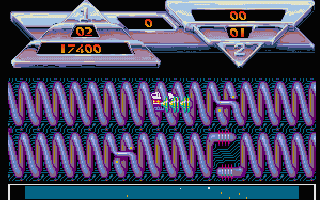 Everything gets harder in Level 2...Here we have to try and fly through these small pipes! 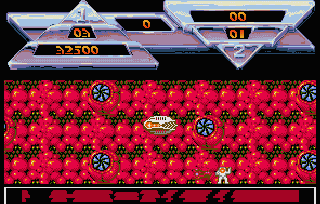 Let's play a game of pinball! 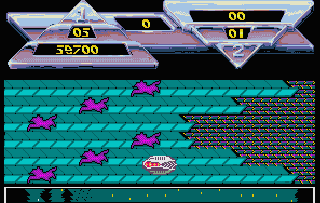 At the bottom of the screen you see a map of the level. The yellow dots are the hostages you have to save to complete the level...