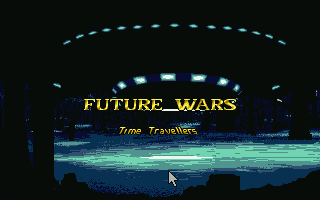 The game starts with an impressive intro sequence. 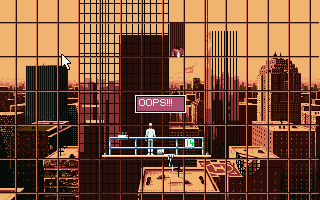 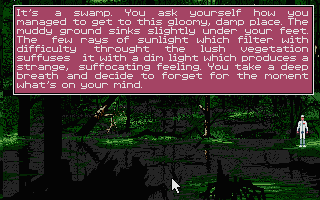 And all of a sudden we're warped to the middle ages! 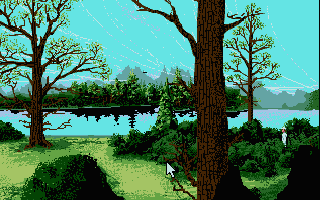 Too bad you don't have time to take a quick swim. 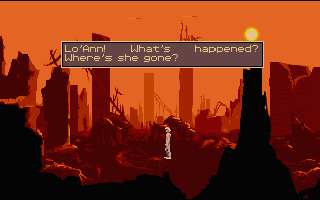 In the future, people won't need shoes, they just float in the air... 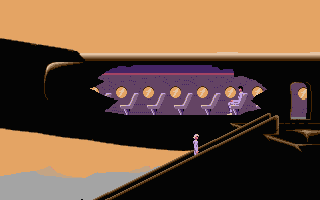 Please fasten your seatbelts! The trip might be a bit windy cause of the big hole in the plane, but don't worry about this little inconvenience! 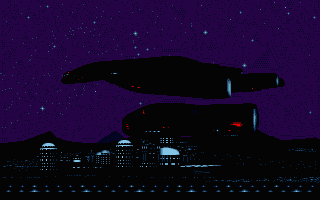 The Corellian corvettes in action...Oh no, wait, that's from another story... 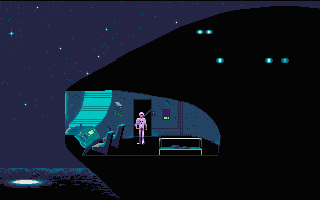 Every screen is highly detailed, even the night scenes! 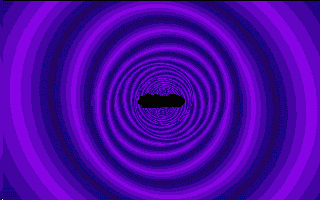 It wasn't easy for the little french "Delphine Software" when they released their first adventure game "Future Wars" in 1989! The adventure market was reined by those other two monster companies, "Sierra" and "Lucasfilm Games", yet "Delphine" managed to astonish gamers worldwide. Featuring an intriguing story, great controls and superb graphics, never before looked an adventure game this good. We were introduced to their Cinematique system! A point and click system similar to the one used by Lucasfilm.


Nowadays, Delphine is a very respected software company. They are responsible for landmarks such as Another World, Flashback, Motoracer and many more (which weren't released on the ST) ! "Future Wars : Time Travellers" was the first in a trilogy which used the Cinematique system. The other games were "Operation Stealth" and "Cruise for a Corpse", both classic ST adventures. But that's for another time. For now, let's delve deeper into the intriguing world of this little marble of a game...

As mentioned above, the graphics look great! Sometimes it's like walking in a painting! The backgrounds are all richly detailed, with lots of colors and great animation. Graphics aren't on par with their later adventures, but you can see the roots of the two follow ups in this game! In all, this is one of the better looking adventure games available your for ST!

Some nice tunes now and then, combined with atmospheric sound effects.

Well, it's hard to write a review of an adventure game without spoiling the story, especially when it is as intriguing and fun as this game. Without giving too much away...You are a window cleaner, and you have to save the world! One day, out of complete curiosity, you discover some strange documents and stumble upon a time machine!


This is where the mayhem starts. You are warped into the past and it's up to you to survive. Really soon you'll learn more of what is going on. You'll have to travel to other era's, come face to face with the bad guys (a fierce alien race) and meet the love of your life! And you have to do it quickly, cause the clock is ticking!


The controls in this adventure are pretty good. With a click on the mouse a selection screen appears! You can choose between 6 different action types, like "use", "inventory", "operate", "speak"...And use this on the objects you receive or the people you'll encounter! Your character is controlled with the mouse! I sometimes did find it hard to position the hero on the spot, and witnessed the annoying "come a little closer" message one to many times!


Every screen features some interactive parts, so called "hotspots". These are clickable areas where an action can take part! And here we have another negative point of the game. Some of the objects on screen are very little and hard to see, some are just a pixel in size! So you'll be finding yourself more than once "pixel searching", looking in every square of the screen! Once you have found such a small object, it is represented with a larger image!


The adventure itself isn't to difficult, but it will have the most experienced player chained to the screen for quite a while. Not because the puzzles are hard to solve, but cause there are some sneaky dead-end traps! So you have to be very careful and save the game a lot, cause if you miss an object, you won't be able to solve a puzzle further on in the game, and you'll have to start over from the beginning!


What differentiates this game with other adventures are the action sequences. "Delphine" are known for implementing one or two action games in their adventures. "Future Wars" has 2 of them, the first one being a little shoot 'em up, and the other one a "race against the clock" platformer! Personally, I don't like them. I didn't like them in "Operation Stealth" and I don't like 'em here! They can be very frustrating, but they do change the pace of the game quit a bit!

"Future Wars" is a real adventure classic! It was a milestone in the genre, realized by a little company! It has a very great science-fiction story, which could have come straight out of "The X-files". It can be frustrating, you might get killed just by entering another screen, and the action games are a bit of a downside (IMO)! But don't let that ruin the fun. Go and play this great adventure right now!