Corruption and violence force the game underground. Un-regulated and un-governed, the game degenerates into a fiasco.

Every Bitmap Brothers game featured excellent graphics, and this one is no exception. It' s just like the Amiga version, although slightly darker, with excellent sprites and a very fluid animation and scrolling. Everything is well detailed and a pleasure to watch. Ok, to be really picky we could say that there' s just one stadium and the players look all the same, but hey, this is no Fifa 2000...

Not much to say here... a great techno-rock intro tune, and some pretty good fx.

What a game. One of the best selling ST games ever, and for a reason... it's incredibly addictive ! It' s a futuristic sports sim that takes something from handball, football, pinball and wrestling, and mixes it up in an unique, gorgeous blend. Every match is a rush of adrenalin from the beginning to the end...


You start with a poor second division team, and you must lead it to win the championship. Each team has 9 players: a goalie, 2 defenders, 3 midfielders and 3 strikers. The aim is, of course, to score more points than your opponent. You can score points in many ways; scoring a goal earns you 10 points, hitting one of the big red spheres behind the goals 2 points, and hitting one of the five stars on the borders earns you 10 points. 10 more points are awarded if you manage to light up all the stars. Also, you can score another 10 points if you manage to knock out one of your opponents.


But there' s more... you can throw the ball into a wheel to multiply your score by 1.5 and 2, or use another "thingy" (can' t find an appropriate definition, sorry) to make the ball white-hot and score a goal throwing it, quite literally, through your opponent's goalie. There are many bonuses you can collect on the ground; the "lightning" icon, for example, strikes the opponents to the ground, the "stop" icon blocks them for a few seconds, wings make you faster, and so on.


The management section is simple but enjoyable. During the game you'll find some coins lying on the ground; collect them and raise up some money to buy new players and boost up the abilities of those already in your team. And you'll need to make a LOT of money if you want to boost your players enough to win the championship, trust me...

An all - time classic. In my opinion, there's no other game that combines graphics and playability so well. Oh, and it's great to score points when you beat your opponents to a pulp instead of getting a red card! 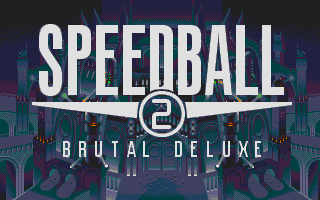 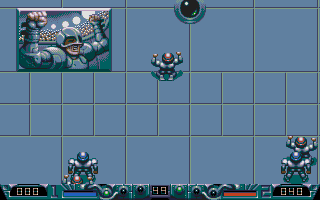 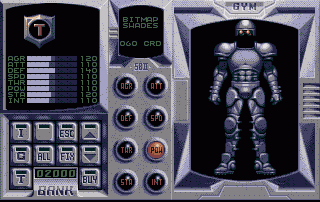 Spend your money to boost your player' s skills 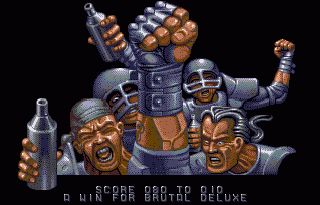 ...well, it IS over actually. The lads done great ! 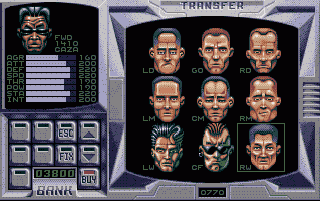 For some reason, the players you start with look like a bunch of sad wimps, and those you can buy look like psychotic criminals. Go wonder why.