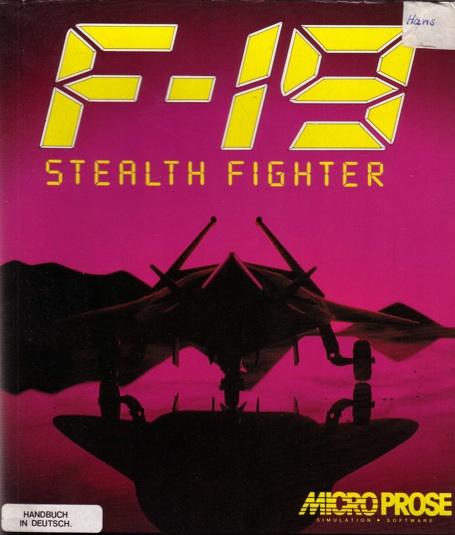 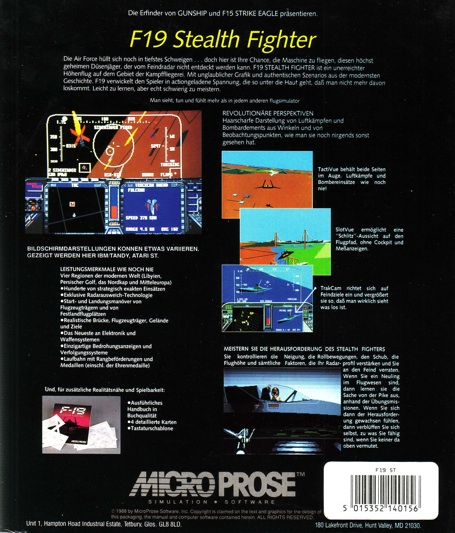 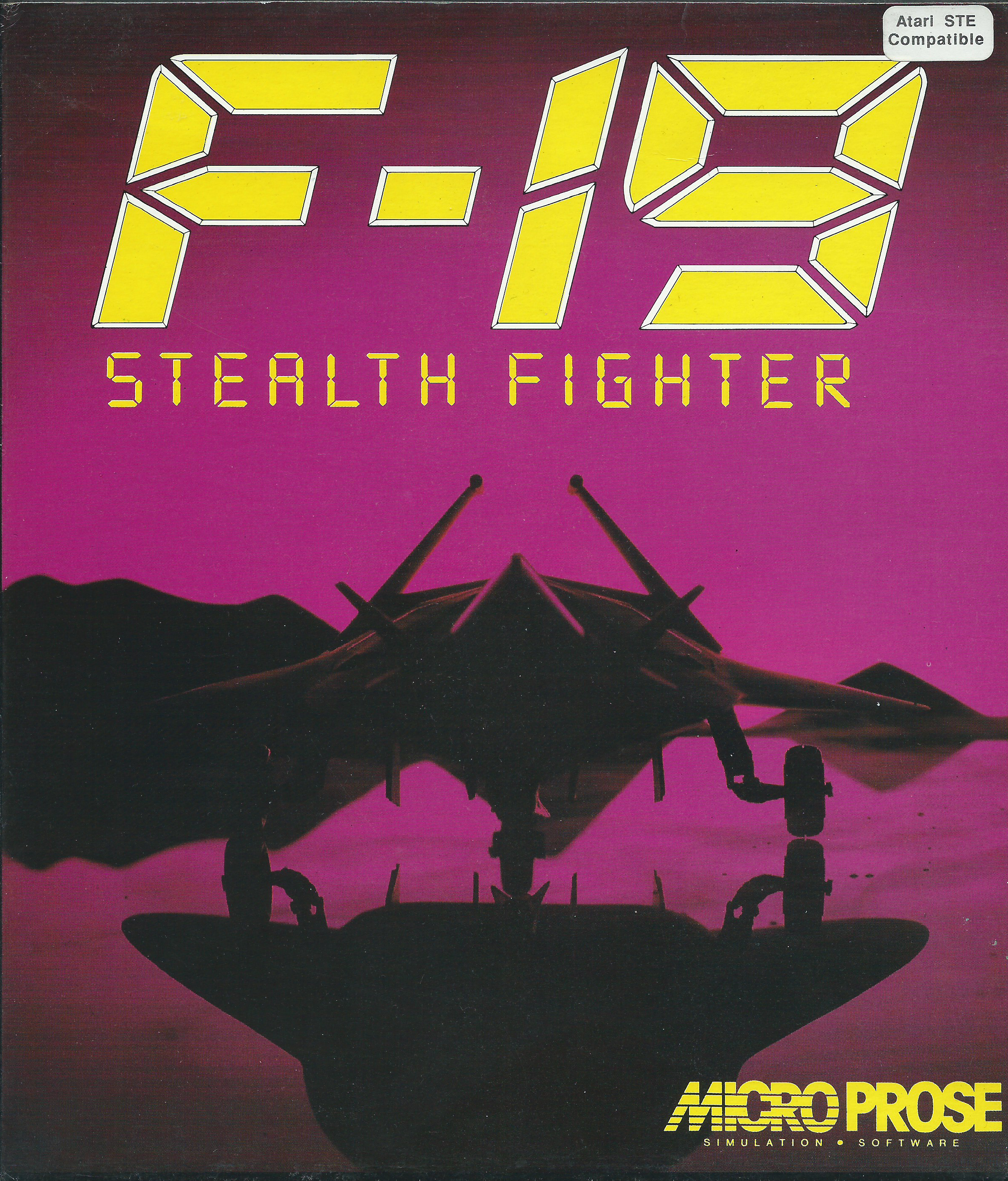 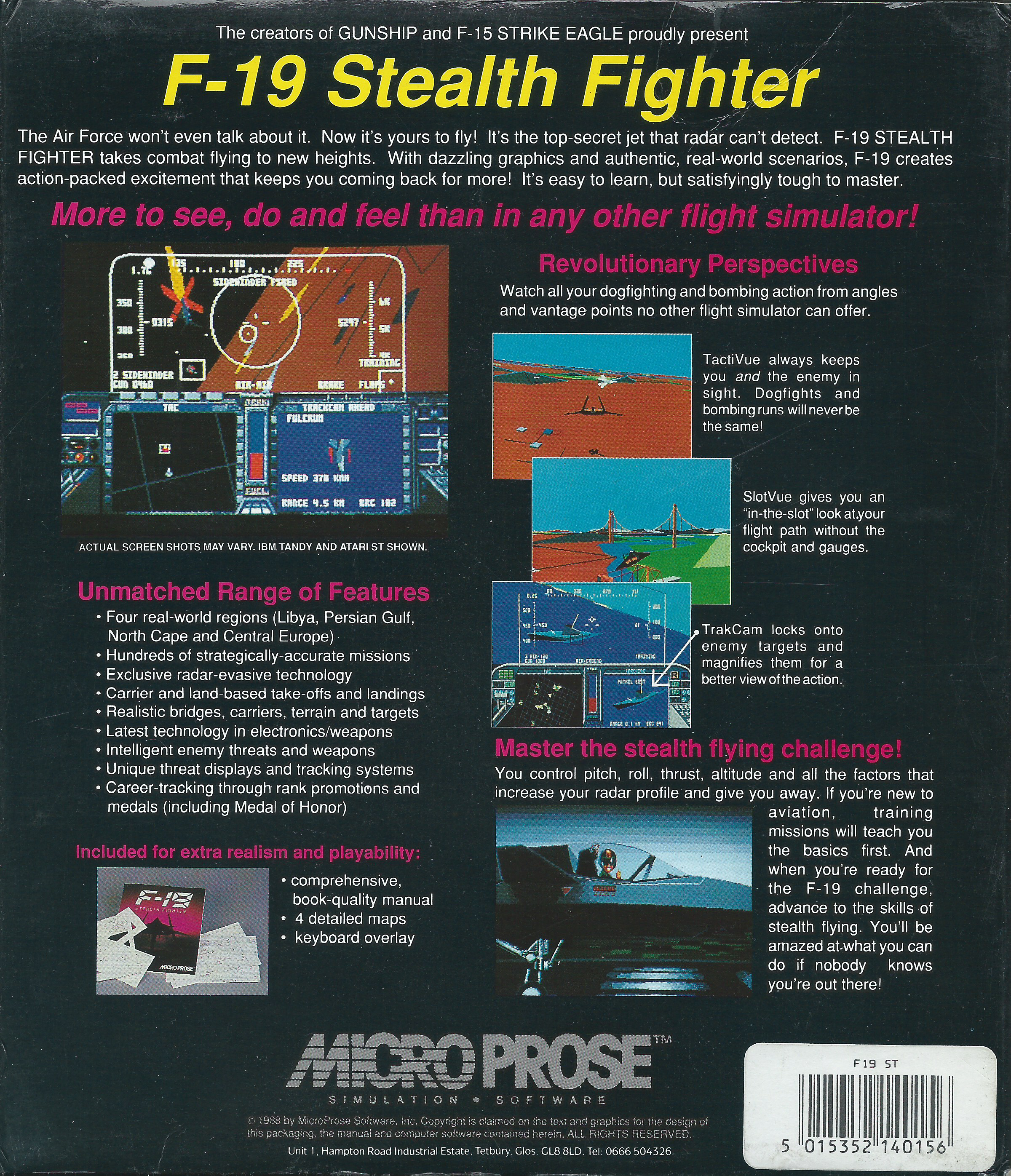 Release: 1991 by Microprose
Previous Next 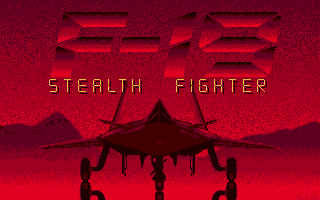 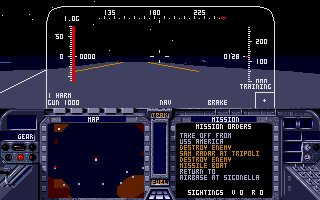 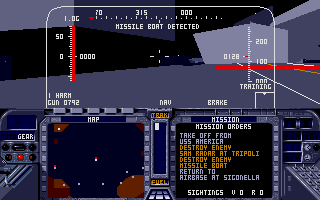 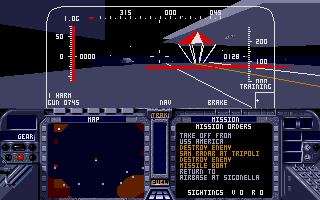 The Public Enemies #27B

ST Graveyard
This one was considered to be THE best flight sim for the ST by the people from British magazine ST Format. I think they were right. F-19 Stealth Fighter is cool and was long time the benchmark for flightsims on all systems.

Microprose delivered. This sim was realistic (landing!!) yet a lot of fun. The night flights were so cool! I also believe this was the first game with the now famous "rocket camera".

After this release, Microprose released the easier F-15 Strike Eagle 2. Another fine sim with the same engine!

And even though Microprose released numerous flightsims on the ST after this one, they never converted the true follow up called F-117 Nighthawk. I wonder why. Technical issues?
June 26, 2004