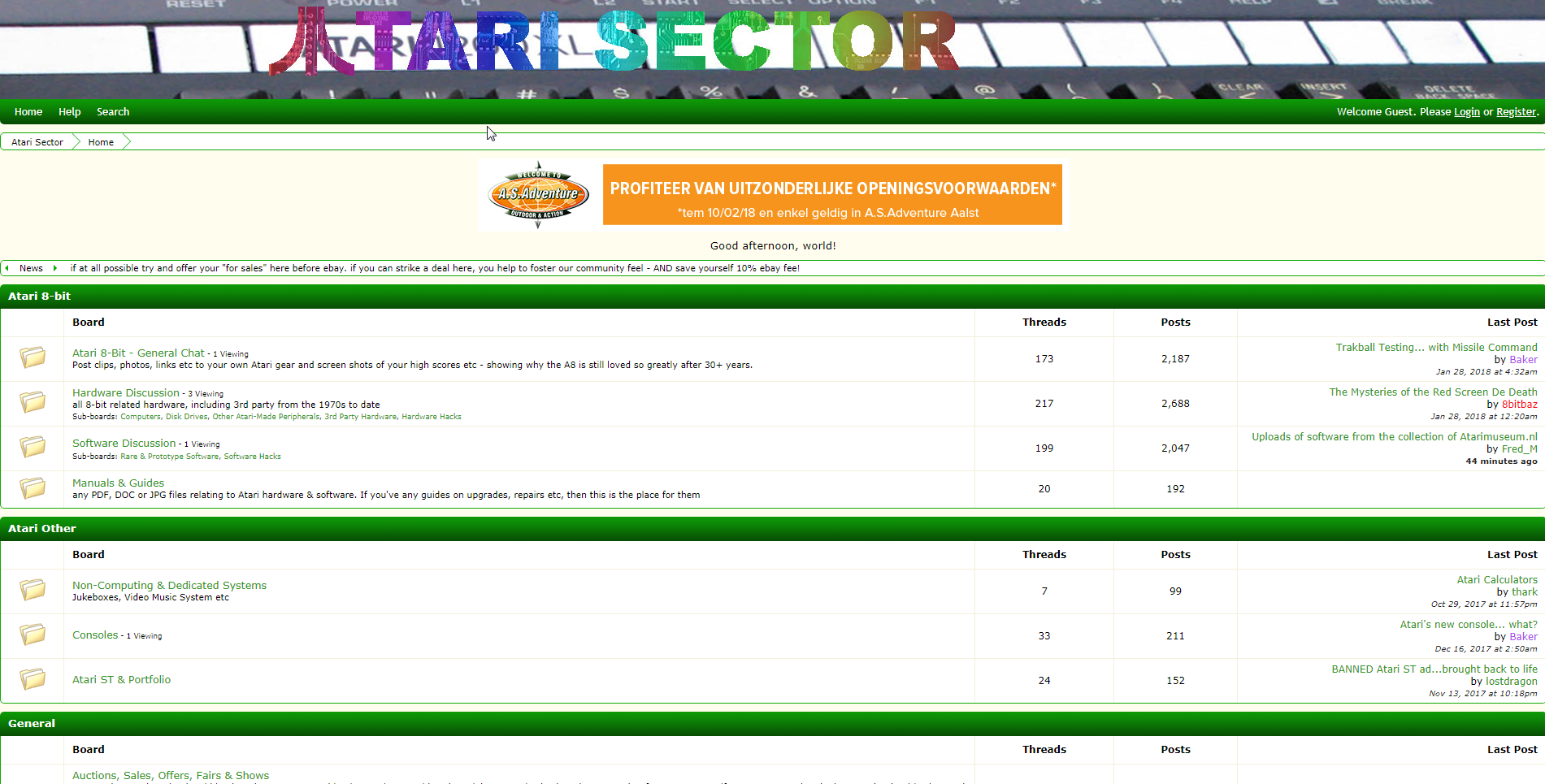 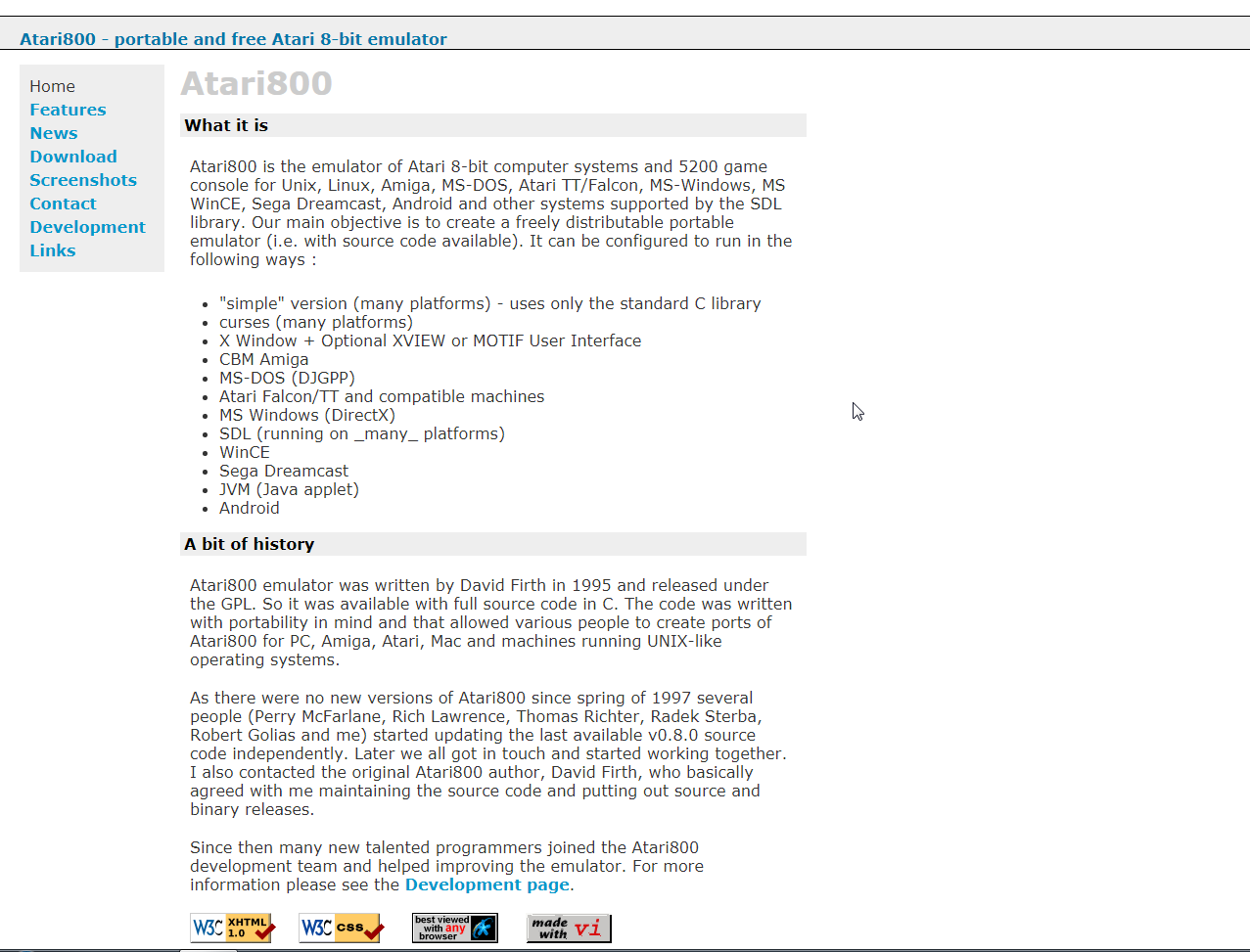 The Atari 8 bit emulator for windows 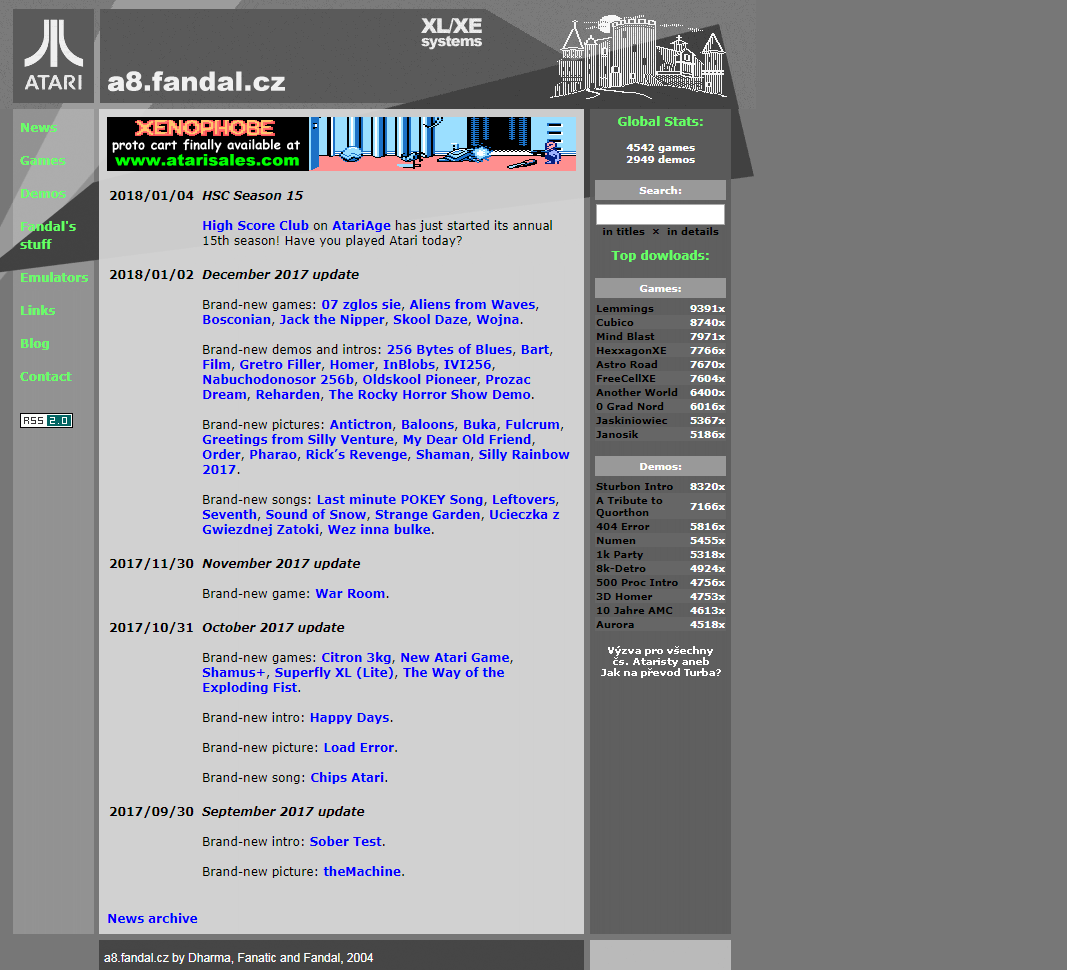 Huge archive of games and demos for 8 Atari 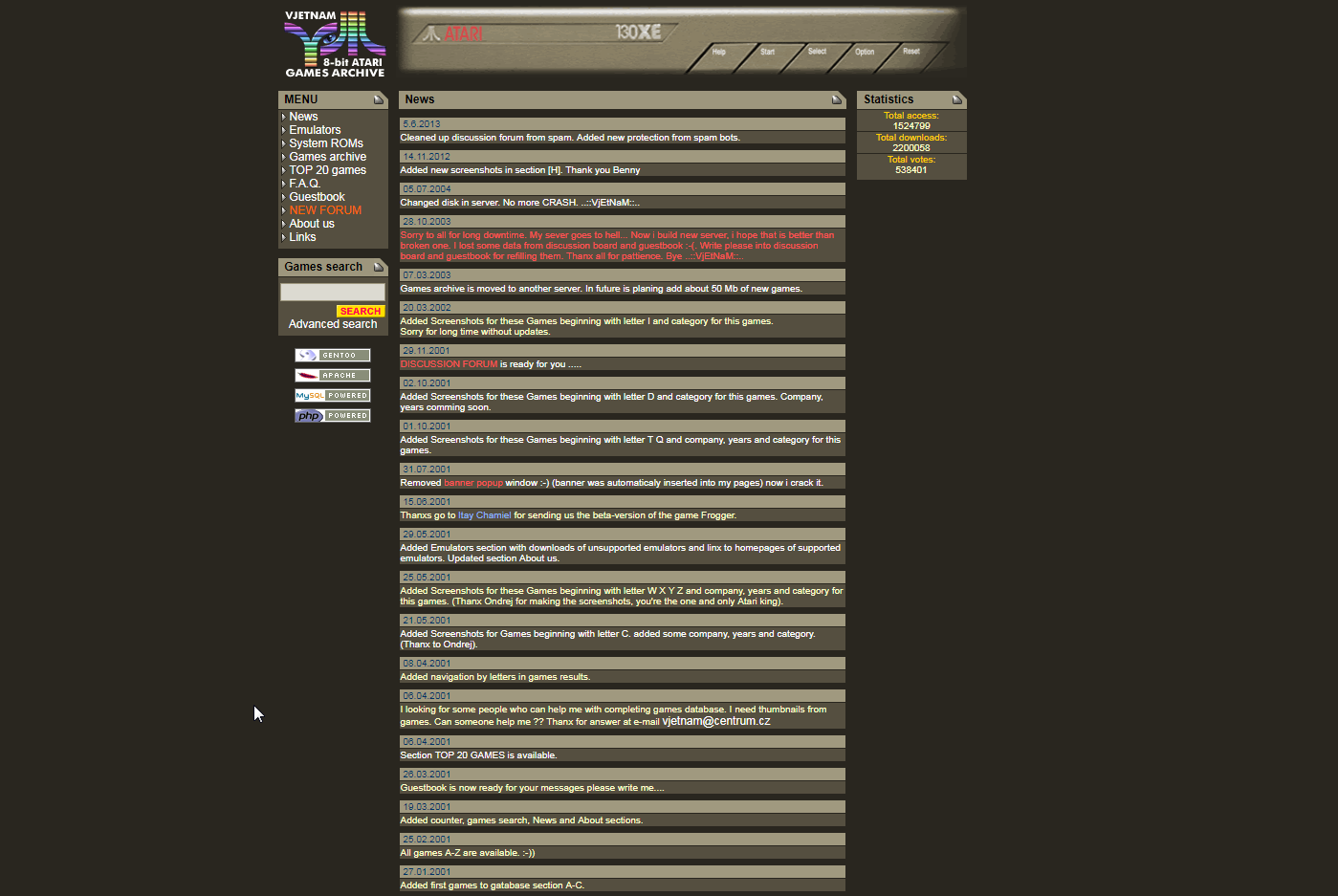 This is my all time favorite. I can't recommend it enough. Once you've played it, you're hooked. And when another friend joins, it's just awesome fun!

In the mid 80's Atari was approached by a company called Nintendo. They asked if Atari was interested in distributing their new 8 bit system. At that time, Jack Tramiel was head of the Atari company. He declined the offer, saying Atari wanted to stop releasing consoles and focus on personal computers instead! So in the end, Nintendo had to distribute the consoles themselves ... In just a few months, they wiped Atari from the throne!