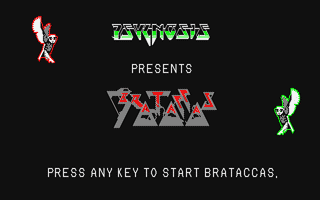 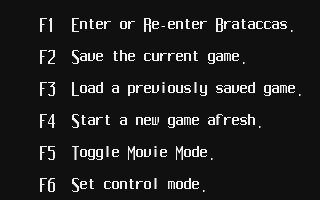 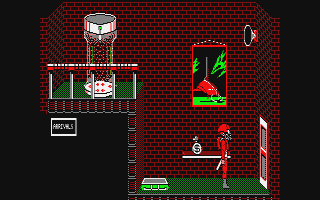 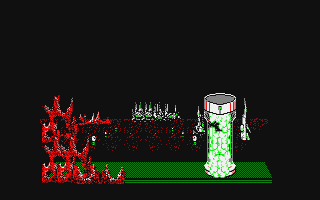 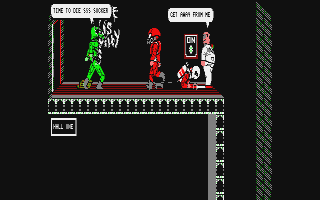 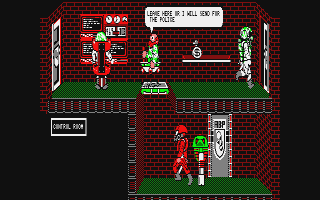 Evil Commander Stopp in his 'hoverdish' 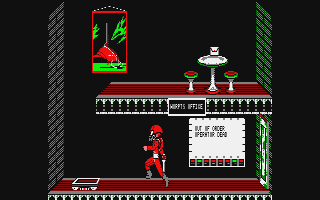 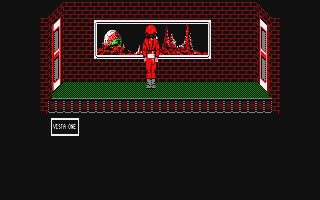 You can see a planet setting through the window. 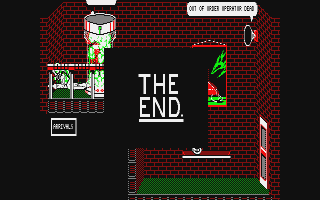 This is the end, the end my friend!

Derived from the legendary Bandersnatch, an unreleased Spectrum game ("mega-game"

, Brataccas was released in late 1985 or 1986. Being the first Psygnosis title for the ST, it was shown at the same time the original ST models were presented. A Commodore Amiga version was also released, and according to some information, a third version for the Apple Macintosh existed, although we have not verified that.

Brataccas made use of the 4 colors, ST medium-resolution (640x200), something unusual for action or graphic adventure games. The graphics look like they were ported from the Spectrum QL, not only for the limited number of colors, but also because of the small area of the screen used.


However, the artists (according to STart magazine, Garvan Corbett, also responsible for the graphics in other Psygnosis titles like Deep Space or Barbarian) made the graphics look nice and detailed, even with just 4 colors. The game also works in "high" resolution (640x400) monochrome mode.


Animation is smooth, but when more than two characters appear on the screen at the same the game tends to slow down.


The box artwork was designed by artist Roger Dean, well known for his paintings for record covers of progressive rock bands like Yes and Asia. Author of the classic "owl" logo, he had a along association with Psygnosis and his artwork appeared in boxes and posters of many classic Psygnosis games.

Brataccas is a mix of an action game and a graphic adventure. It has the basic structure of a platform game, but with some adventure elements, like interaction with other characters.


Pressing HELP displays the game menu, with a number of options, including a movie (demo) mode, and a save game option, something unnecessary since you have an unlimited number of lives.


Brataccas has the same control problem that affected the early Psygnosis games Arena and Deep Space; it is very difficult to control your character (walk, fight, pick up objects) using the mouse or joystick, so we recommend to use the keyboard instead.


The plot is simple: Kyne, a government genetic scientist, was accused for crimes against the human race when he refused to use his knowledge to help create an army of "superbeings". Forced to flee from Earth, he led to Brataccas, a small mining asteroid in the outer Solar System, where he will find the evidence to clear his name and expose the government.


The main goal is to find two pieces of evidence hidden in the asteroid. But you must be careful; the ABP (Asteroid Belt Police) and some underworld killers are after you.


It would be easier to complete the game if you first take control of the communications / security system. The asteroid is monitored from a number of consoles. Killing the operator (a bureaucrat), will put the correspondent system down and in some cases it will give you control of consoles (only once) which let you send orders to droids or policemen.


Your character can interact with some enemies, barmen and informants. However, the conversation is always limited to the options shown inside cartoon balloons. Some objects will be useful; money bags will let you pay informants, while passes and electro bombs will help you deal with droids.

Brataccas is a game with simple graphics, poor sound, and almost impossible to control...but for some unknown reason I loved it...