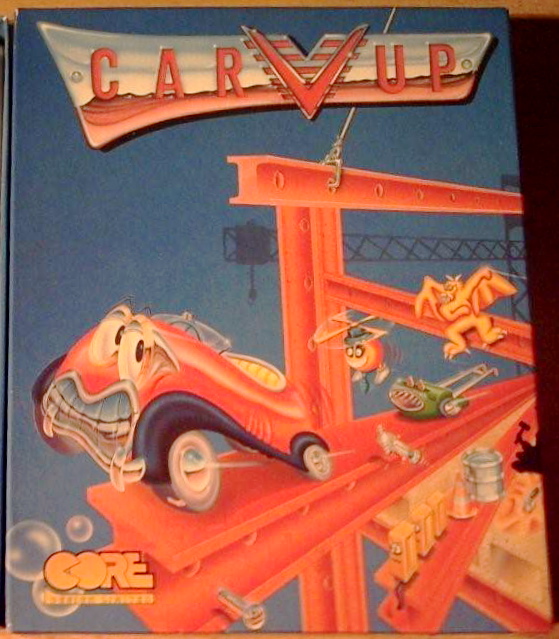 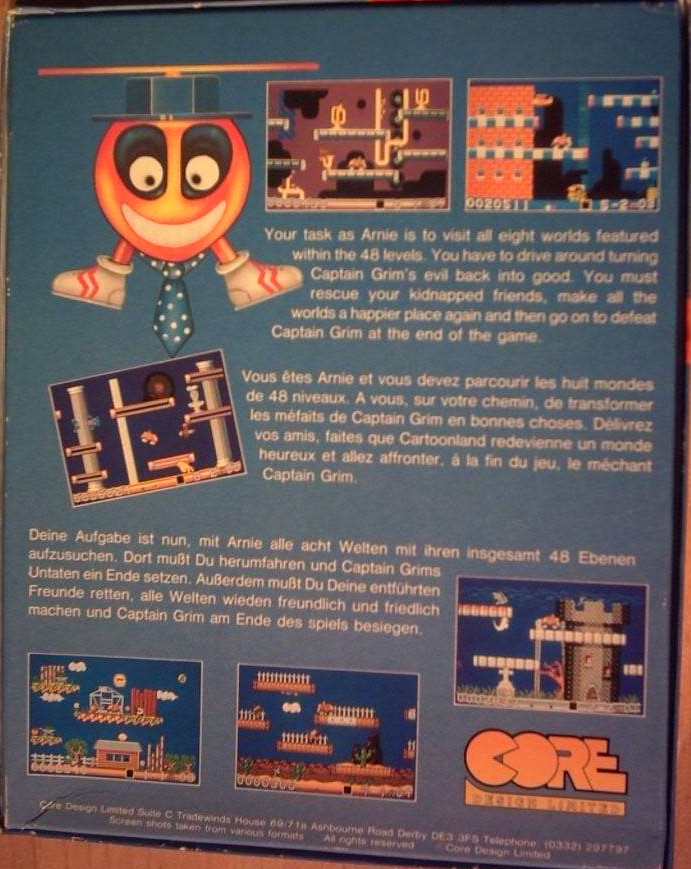 Release: 1990 by Core Design
Previous Next 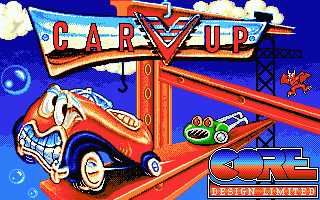 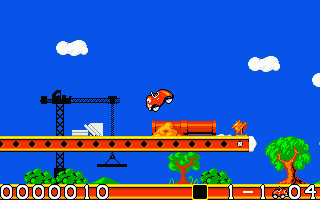 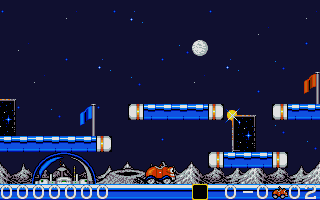 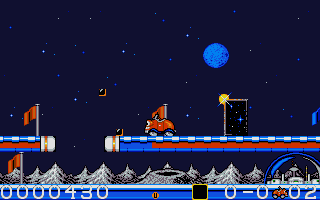 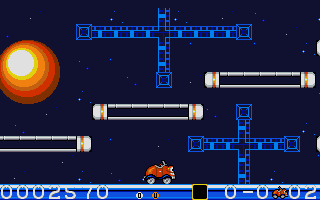 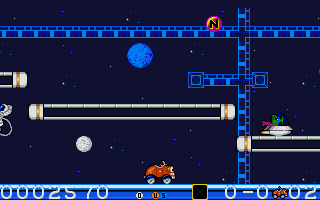 bullis1
I've recently made the connection that this game is a clone of "City Connection" for the NES, which was released in 1985.

I guess it's not the most original game out there, but it's still fun and better than City Connection anyway.

March 18, 2008
bullis1
An addictive early game by the famous Core Design group. Features okay cutesy graphics and catchy (but repetitive) music. The gameplay is simple. It plays alot like those Skweek games, but viewed from the side instead of above. You must control the car to touch all of the tiles and avoid enemies. Lots of goodies can be uncovered if getting high scores is your goal. Driving your car over tiles makes stuff fly out of the ground. Just like real life! The controls are unique. Your car never stops moving (he has A.D.D., kinda like Pacman), but you can switch it's direction and perform different kinds of jump: high jump, long jump, and a downward jump. I think there may be a normal jump too but who cares. Anyway, the game is pretty easy for the most part but there are a few sections that are designed by the coder's blind uncle (true story) and they are quite hard. Some of the enemies in the later stages seem to be really good at reading your mind and you will often find an angry lawnmower diving into your face.

Anyway this game sold pretty well at the time (if I remember correctly) and it's easy to see why. Pretty pro game. It reminds me alot of Codemasters productions which may be a good thing.
February 9, 2007