In 1984, Jack Tramiel fired over one thousand Atari Corp. employees, including then CEO James Morgan.

HeadStart (Utility) is present on 2 menudisks. 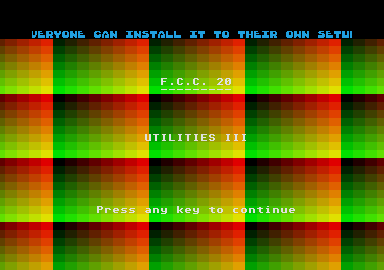 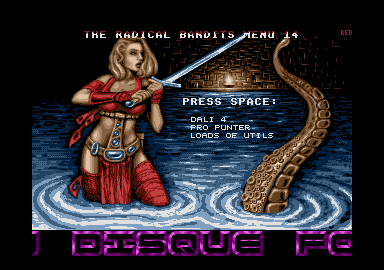 AtariCrypt Clod Hopper
One smooth platformer this with an obvious design & look. Try it. Really playable but reqs a trainer as the screens get tough real quick!
Love it

December 5, 2022
mwaawm Volfied
Gaming perfection almost as much fun to watch others play as it was to play yourself (was a bit of a spectator sport in our house). We played in hard mode as it was so much fun didn't want complete it too soon. I still vividly recall my incredible run to beat the last boss on my last life.
October 21, 2022
mwaawm Toki
A fantastic conversion from the arcade to the st, would say its probably the best arcade conversion on the machine and still very enjoyable to play today.
October 21, 2022
mwaawm Blood Money
Absolutely loved this back in the day, couldn't believe the graphics seemed like you had triple the usual number of colours on screen. Had great music and whilst gameplay was hard it was still very enjoyable.
October 21, 2022
MINDTHREAT Marble Madness
Marble Madness for the Atari ST looks beautiful but if you’ve played the NES version before, prepare to be slightly let down.

That’s not to say this conversion isn’t a good one, it’s just not as good as it could have been. The controls do not feel nearly as tight as they do on the NES. Also, there seems to be some oddness to the hit detection of the ball around the edges while guiding down narrow strips. Part of that could lend back to the controls however.

The music is good but the NES remains to be a preference all around. The thought, detail and care that went into the packaging with backstory of this game is probably the coolest I’ve ever seen. In the end, it’s cool to say we got Marble Madness for our Atari computers.
October 20, 2022
MINDTHREAT Zany Golf
Zany Golf is exactly that… Zany!

Things start off straight forward enough but increase in difficulty quickly. Sadly there is some jerkiness to the screen updating on a real Atari STe, I’m not sure if it’s due to the 8Mhz processor or what exactly, but feel like the machine is capable of pulling off a much smoother experience.

The graphics are above par and for a 2022 review, I feel they’re still surprisingly nice! A lot of attention to detail went into this game and it shows beautiful on screen.

The music is sparse. It starts with a little tune or jingle but doesn’t seem to loop or continue playing leaving you with a void of sound outside of FX of the ball movement.

Overall gameplay is decent. Wasn’t expecting more, wasn’t expecting less but did expect it to be a lot smoother than it is. In the end, still a cool putt putt game to check out for your Atari ST!
October 18, 2022
MINDTHREAT Tom & Jerry 2
Tom and Jerry 2 is one of the worst video games I’ve ever played in my entire life. Shame too, for having such a beautiful intro and game over screen with graphics that aren’t that bad. The culprit: game control, or lack thereof.

The game itself is a nightmare to play. You (Jerry) get 900 seconds to collect all the cheese, only Tom is amped up on some white catnip that makes him manically rabid in attacking you (successfully) every 10 seconds. And to think, this is a sequel! Haven’t played the first one but not sure how we ended here and how this game was ever released.

They would have been better off making an Atari ST cartoon to watch than to attempt playing.
October 18, 2022
muguk Daylight Robbery
All of the labels were left in the demo version. Uses Ice Packer for all data files INCBINed into the main .PRG.
October 9, 2022
photonstorm Insecticide
You take on the role of a ladybird that has been kitted out with a gun and shield. Your job is to blow away the bugs that are crawling toward you while avoiding the others that litter the playfield. The action takes place on a single static screen, and you can move your ladybird around in all 4 directions, except pushing up makes you fly, which is a really nice touch and allows you to quickly move away from swarms of bugs on the later levels.

Across the top of the screen, a 'mothership' style bug moves back and forth. Hit this for various power-ups, including speed boosts and shields. You get plenty of lives, but if you lose just a single one, it sends you back a whole 6 levels! Which is extremely frustrating. On level 8, you'll encounter the first boss, which is pretty easy to deal with as it doesn't move that fast, but be careful because when it fires, it's hard to spot the bullets.

It's quite a playable little game, very reminiscent of PD offerings at the time. The graphics are cute, and your ladybird is well-animated, although the color cycling becomes a little much. There are loads of sampled sound effects that add a lot to the game (although also slow it down, too!) and it feels heavily inspired by Llamatron in this respect.

All in all, not a bad offering.
October 2, 2022
Steve76Thornton Daylight Robbery
It was only released on the Amiga.
September 26, 2022