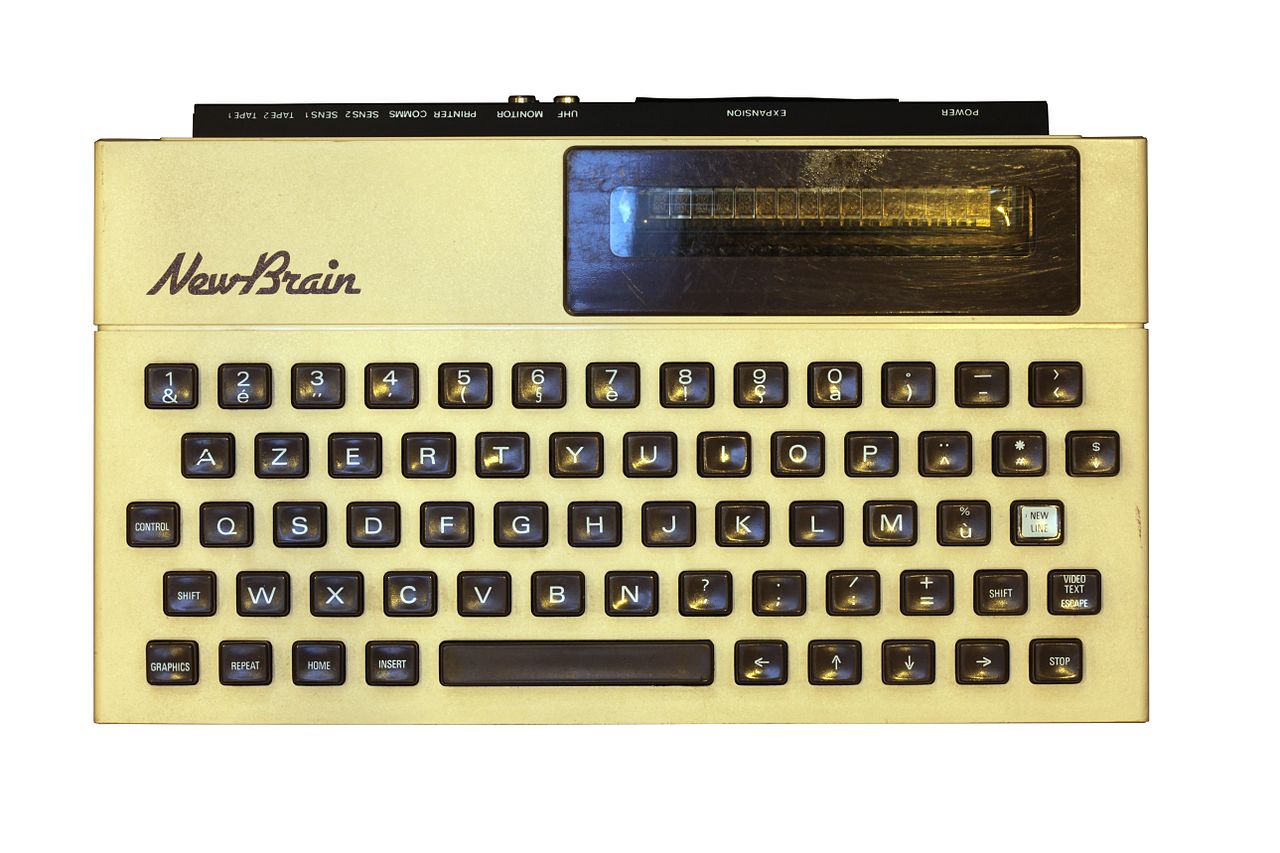 The Grundy NewBrain, the first encounter with a home computer for David. 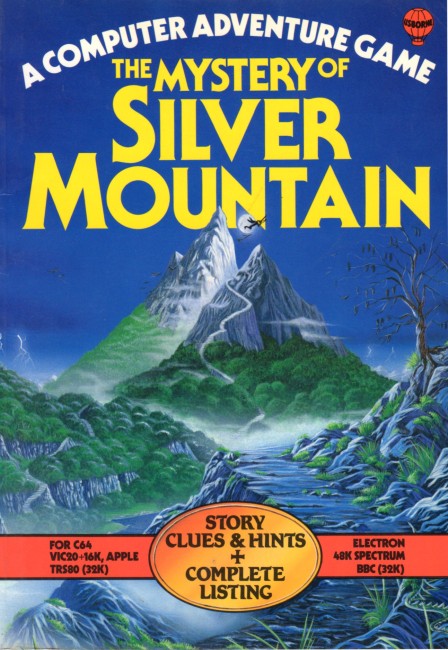 The Mystery of Silver Mountain was a text adventure that came in book form, which the user could type in on the computer. 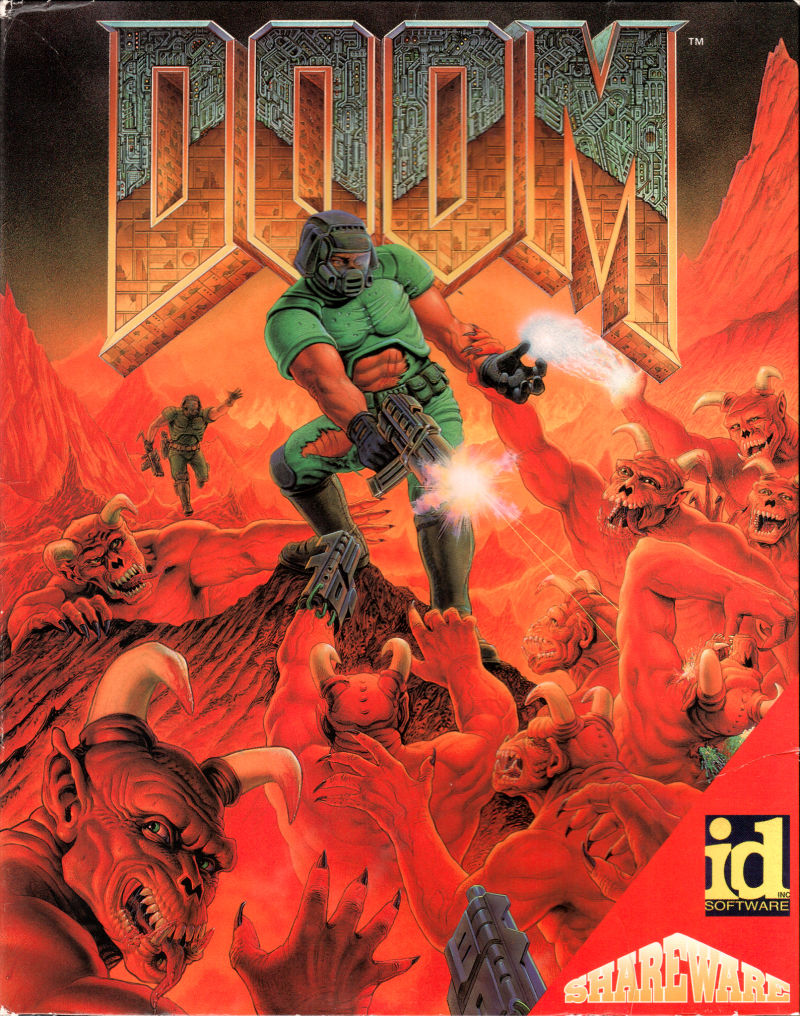 This doesn't need any introduction. Hellgate was very much inspired by Doom. 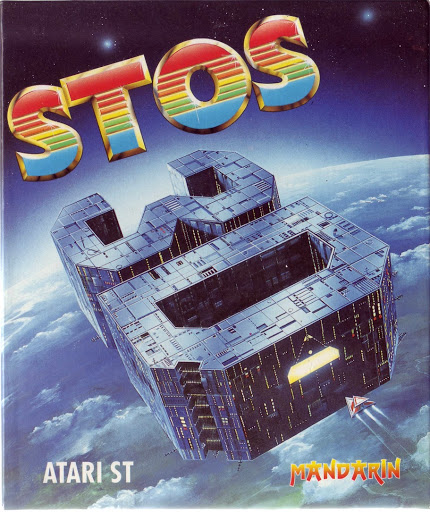 "I'd been first introduced to programming in STOS as it came with the machine. Since all my experience was with that language and I had STOS 3D there wasn't really any alternative."

One of the most famous screens when the ST was introduced must be this animated waterfall created in Neochrome, the paint program created by Dave Staugas. 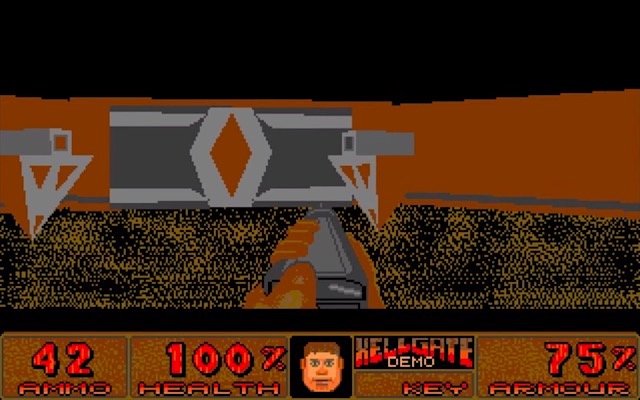 Hmmm ... Where have we seen this before? 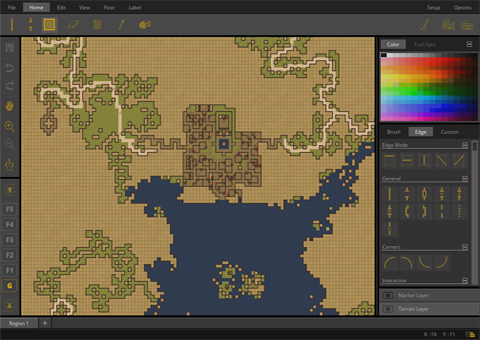 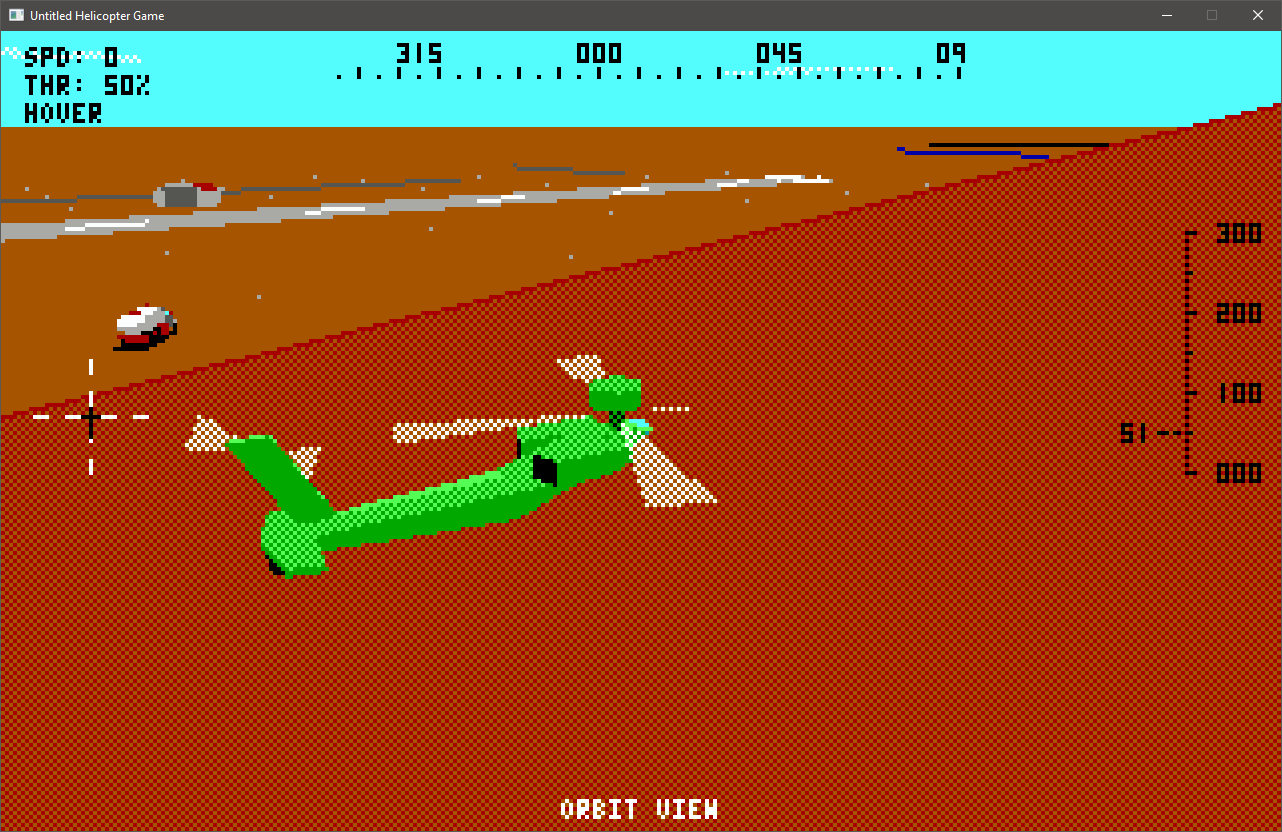 Currently, David's new game hasn't got a name yet, but looking at videos, it seems inspired by classics as Gunship, LHX and even Desert Strike.

1) Can you introduce yourself to the people who don't know you?

Hi Maarten, I'm David Walters, I'm nearly 40 and I'm from the UK. I've been interested in gaming and game programming my whole life and have been programming computers for over 30 years.


2) What is your history with computers? How did it begin? And what was your first machine?

I believe the first computer I ever used was a Grundy NewBrain that my Dad brought out one day and I did a bit of BASIC programming on that. I remember making a very simple 'game' where you had an asterisk that could move left and right. My first computer I could call my own was a Commodore 16 which I had for a few years afterwards.

I mostly played games on the C16 but did some programming on there from time to time, usually typing in listings from a range of computer books I got through my school and the library. It was after spending most of the day typing in a text adventure called The Mystery of Silver Mountain, but I kept running out of memory on the 16KB machine, so my parents concluded that I needed an upgrade. It was probably about 1990 when I got an Atari STe 1040.


4) When did the idea for Hellgate pop in your head?

The game is clearly inspired by my love of Doom and I think I began work on it around 1996/97, it coincided with getting STOS 3D for free on the cover of a magazine. I figured I would make some kind of an FPS with it and just kept trying until Hellgate appeared.


5) So you created a DOOM clone in STOS, that seems like doing the impossible! Do you remember any of the specifics? The challenges? And why STOS?

While I'd dabbled with 68K assembly language I wasn't really able to do anything very useful with it. I'd been first introduced to programming in STOS as it came with the machine. Since all my experience was with that language and I had STOS 3D there wasn't really any alternative. I had Neochrome to do the art as well as the STOS sprite editor and so all the tools I needed to make some kind of action game. My memory of developing it is pretty fuzzy as it wasn't something I sat down and wrote all at one time, I constantly went back to it over many months of tinkering. I seem to remember finding the level design quite challenging, mainly because it was such a simplistic game engine.


6) I've noticed that Hellgate was shareware. Did you ever make any money with the game? I mean, it was released in 1997 and the ST was completely dead by then.

I never really officially released the game and definitely did not sell any copies. To be honest I actually don't remember how it got out into the wider world, I guess I must have sent it to someone! By 1998, I was heading off to University and finally got my own Windows PC which basically led to the swift end of my interest in the Atari in favour of modern technology, C++ and Direct X programming.


7) So you don't have the full version of the game anymore, I suppose? Was it ever finished? It seems the complete version is nowhere to be found in the Atari scene.

I'm not sure if I still have any of my stuff from back then. I think it was finished but it's basically more of the same!


8) Was Hellgate your first game? Have you created other software prior to that (for the Atari ST)?

While I'd dabbled with making little tech demos, I'd say that Hellgate was the only game I can remember making for the Atari that you could call a finished product.


9) Do you still use Atari today? Are you still an Atari fan?

I haven't used an Atari for many years now and no longer own one. I still have a fondness for the system and still play the odd game here and there using emulation.

After university I got a job at Particle Systems and when they closed down I moved onto Sumo Digital. After that I spent a couple of years out of the games industry in e-learning, then I left to become a freelancer and indie developer, and I've been doing that for nearly 10 years now. I developed a piece of software called Grid Cartographer which is a map drawing tool for RPGs like Dungeon Master and Eye of the Beholder. I also dabble with game making side projects when the mood takes me!


11) I've seen on Twitter you are working on a new game, with old school looks. This seems like an amazing project. Can you tell us a bit more about this? And when and on which systems will this be available?

Thanks! I've begun working on a helicopter-based flight simulator inspired by my love of the style of early 16-bit 3D engines (but with a boosted frame rate). It's very early days yet (as of June 2020 it's only a couple of months old) but I'm enthusiastic about where it's heading. You can follow my development on my Twitter.


12) Are you a gamer yourself? Do you have time to play games? And if so, what is your all time favorite game and why?

Yes! I still play games all the time. I'm a big fan of older systems from my younger days like the N64 and Sega Master System. I'd say my all time favourite game has to be Doom, it's just such a classic and still so much fun today - there's not many games you can say that about 30 years later!

I've always been a big fan of John Carmack, the technology he developed in the 90's was one of the driving forces for me to keep practicing my programming and learn how to develop games.


14) Do you have any final words for the Atari community?

Keep on enjoying these systems that you love so much!


Thanks a lot for the interview David. Thanks for sharing some memories of one of the most notorious FPS games on the Atari ST.

You can also check out David's Youtube channel for more videos and info on his games.

As a comic book fan, Jean-Michel Masson wanted to pursue a carreer in computer graphics. But in the early 80's there weren't many art programs, so he had to code them himself. He got fascinated by Assembly language and decided he wanted to become a programmer. The rest is history. He had a nice career at the French development company Titus, where he had programmed the games Titan and the infamous racer Crazy Cars 2 for the ST.