X3periMENTaL
This is a straight conversion to the ST from the arcade of the hugely anticipated sequel to the legendary overhead racer 'Supersprint'. However, like most sequels it ultimately disappoints. Yes, the Gfx and sound fx are better than its predecessor, and the gameplay has been expanded (you can now purchase and use weaponary) but the magic and charm of Supersprint has gone. Also, to my mind the controls are not quite as well 'tuned' and as responsive as in the original. Don't get me wrong, this is still a fantastic game in this genre, but it will always be in the shadow of its older sibling! verdict: Fair / Very Good
August 7, 2005
perihelion
Now those who know me know I'm NOT a sports game fan, but look carefully at the picture; this game has rockets. So I figured, why not. Me and Hannes played this lots, and it was great fun. One of my joysticks had a little problem with the fire button, so I had to hold down .. think it was ctrl with my pinky toe while driving. I leaned back in my chair and had my foot on my beloved Atari while racing Hannes to hell.
October 24, 2004 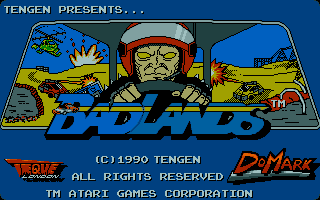 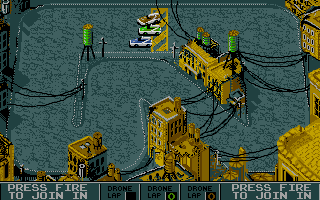 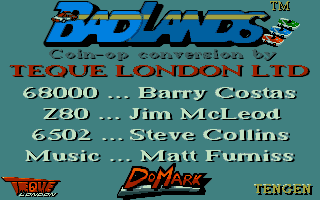 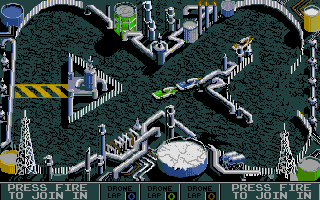 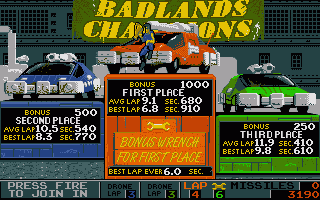 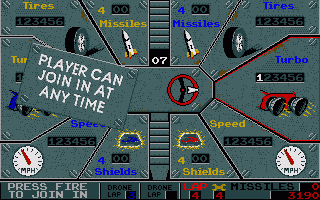 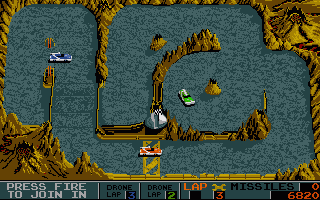 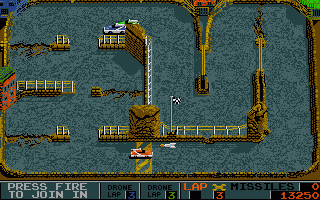 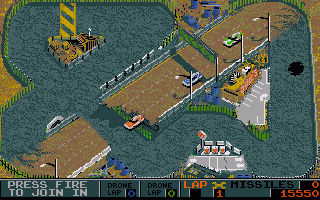 Remember "Super Sprint" ? It was a great success in 1986, an arcade game by Atari featuring 4 little cars racing on a small circuit. Nothing special, but the game was fun and I've spent a lot of coins on this one when I was a kid. Later, two clones of this game were released; "Ivan "Iron man" Stewart's off road challenge" (couldn't they just call it "Ironman", to make things simple ?) and "Badlands", very similar to Super Sprint but set in a post - nuclear background...
More