Score
-/5
Please log in to vote
No votes yet - be the first!
Developer
Eldrich The Cat

Eldritch the Cat was formed through a partnership between programmers Marc Dawson and Steve Weatherill.

The origin of the name Eldritch the Cat ''has a rather dubious origin - there was a guitarist called Andrew Eldritch who played with a group called Sisters of Mercy.'' Source: Astaroth manual.

Disbanded in 1992. The last game they were developing, FLOPS (Futile League of Pathetic Superheroes), remained unfinished. 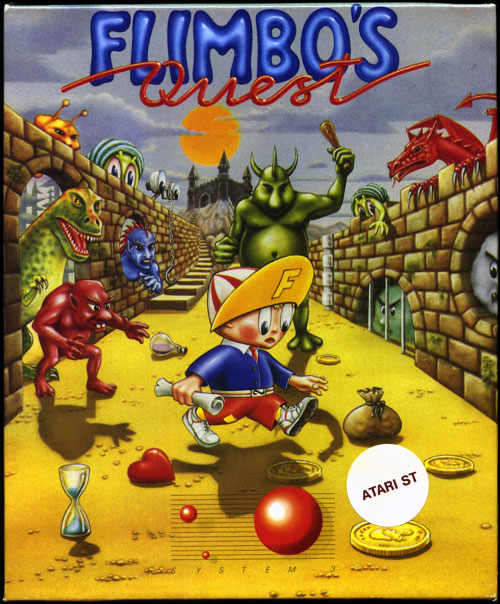 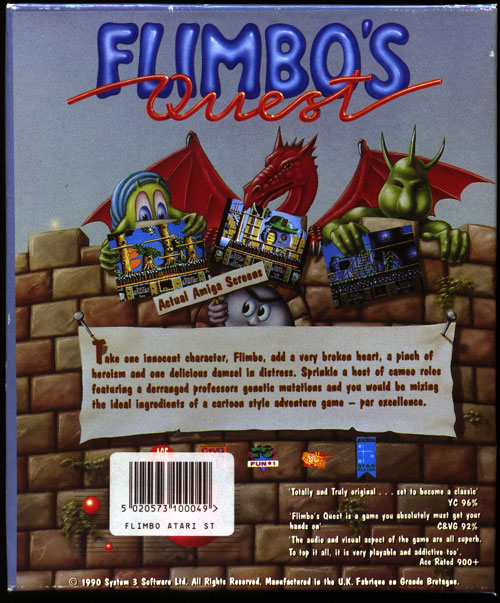 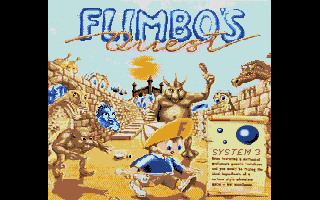 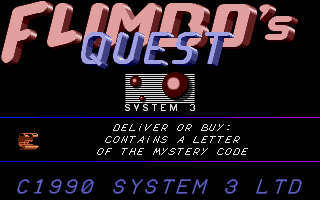 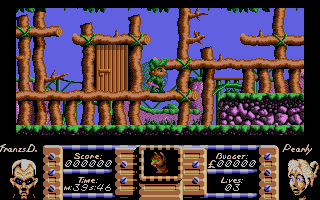 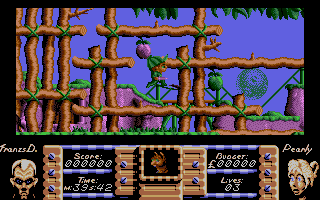 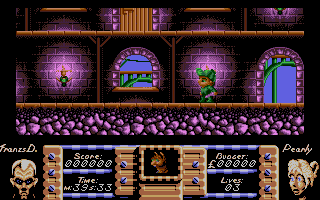 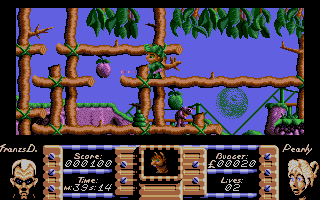 The World's Picture Collection #173A

If you like Wonderboy, Kid Gloves, or any sort of platformer with a hint of RPG thrown into it, then this is one for you. Some key points:

Pros:
+Multilayered parallax scrolling. Just like console games!
+Sound and music are both present. It's been awhile though and I can't remember if the same song plays throughout the entire game or not.
+Good graphics
+Great controls that won't have you jumping everytime you want to walk to the left, like some ST games
+Character's name is "Flimbo"
+Bonus rounds!
+Flimbo murders people with bullets, rather than knives. He's pretty hardcore, for a kid.

Cons:
-Enemies blend into the background, some of them move very fast, they all take multiple shots to kill, and it's very tough to hit the flying ones
-A bit repetitive. Find the letter, deliver it to the shopkeeper. A MILLION TIMES!
-Flimbo changes his outfit every level, which makes him seem very self-conscious and pretentious at the same time.
-The mind-blowingly smooth framerate in the bonus rounds makes the framerate during the rest of the game seem much worse by comparison.

Basically, it's one of the better games of it's type.