bullis1
I can't believe I'm the first person to comment on this classic. A 3D racing game that takes place on tracks that resemble roller-coasters. This game has a number of advantages over other 3D racing games though: -It has good controls, even on joystick or gamepad. -The framerate is actually fast (I'm not kidding!) -The physics rarely misbehave and launch you into strange directions. -A sense of speed (I'm not kidding about this either!) The colours are a bit dull (nothing like "No Second Prize") but overall the game looks good. Especially considering this came out in the late 80's. The in-cockpit view is very immersive too, and you can watch the wheels spin and the engine shoot flames. It's like you're actually there, dude. The computer opponents can present a challenge, which is a nice touch. The sound is mediocre, and this is one of those games that I recommend you play while listening to some music. If you listen to some drum n' bass or techno, it will only highten the sense of speed. This game was released on many 8bit and 16bit computers, but the Atari ST version is by far the best. And if you enjoy playing bootlegs and killing the games industry I'll let you know that this game only requires a single sided disk, so you can save your precious DSDD floppies for other things.
March 9, 2007 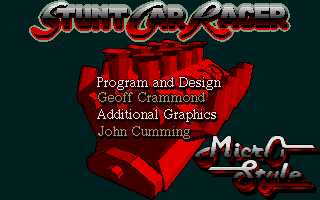 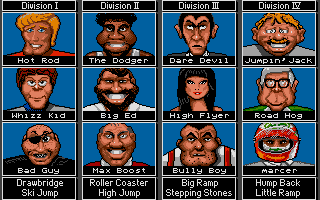 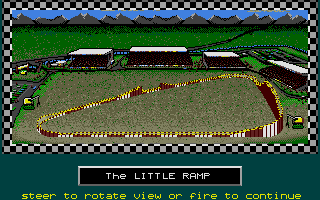 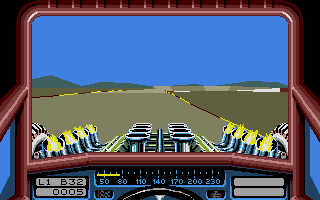 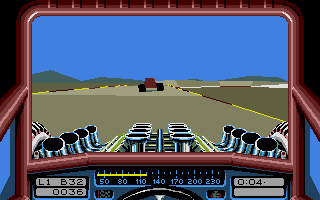 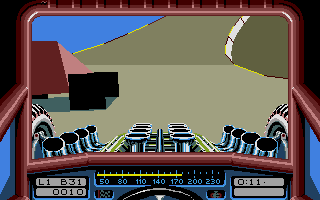 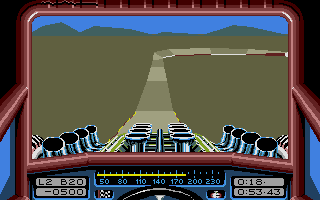 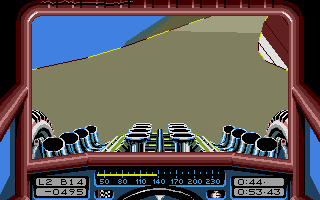 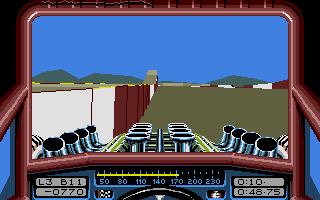 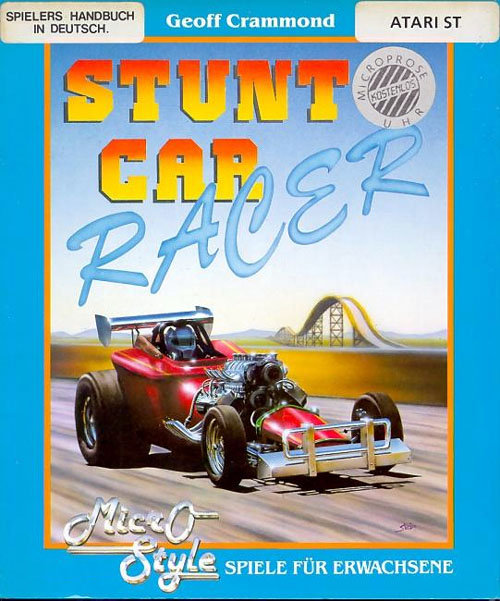 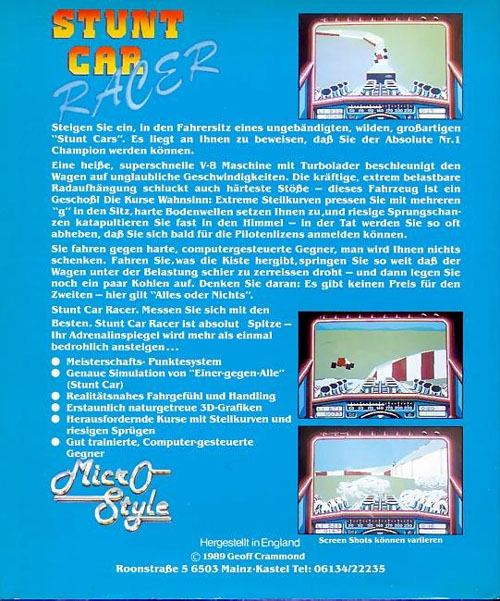 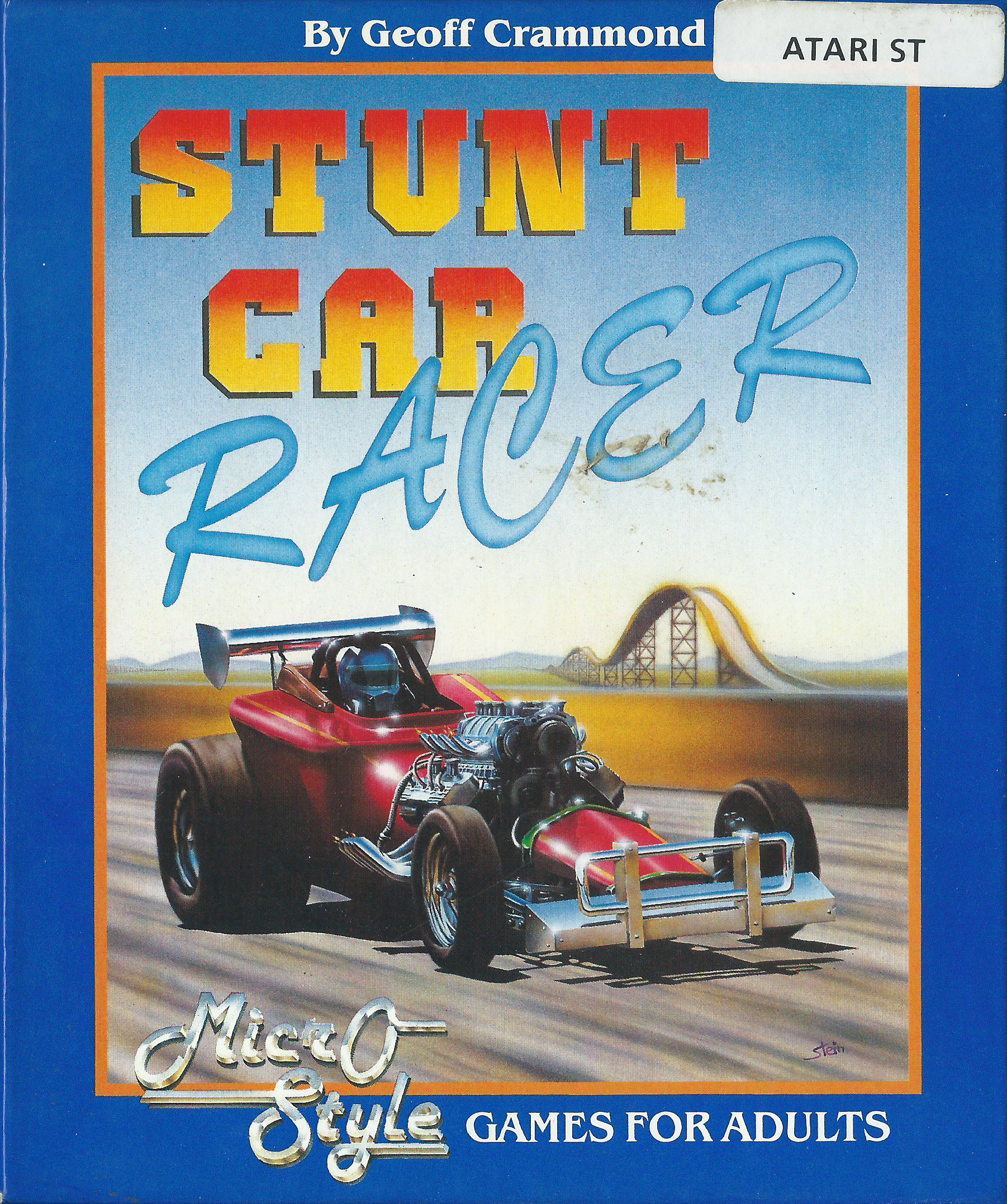 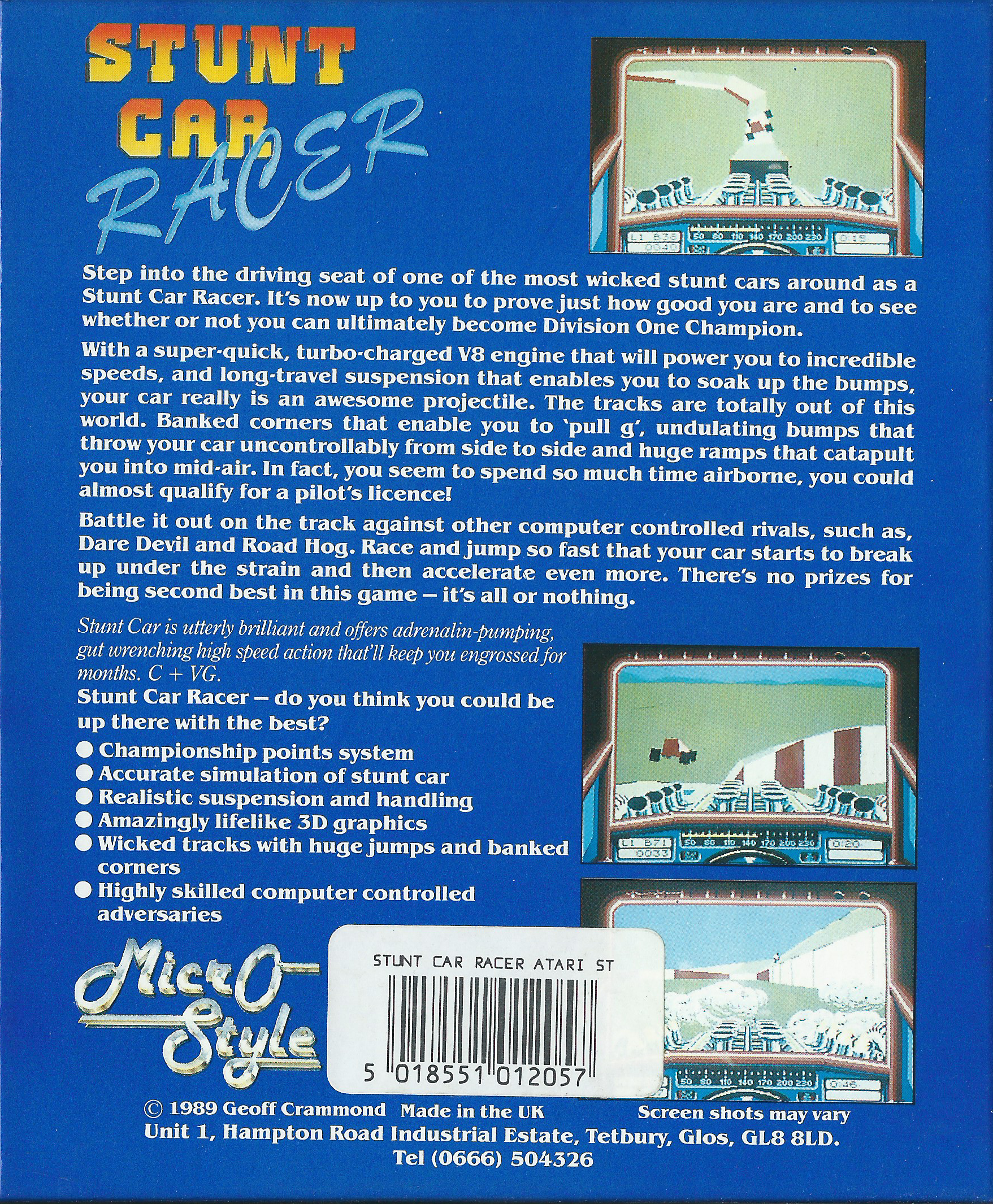 Release: 1989 by MicrO-Style
Previous Next