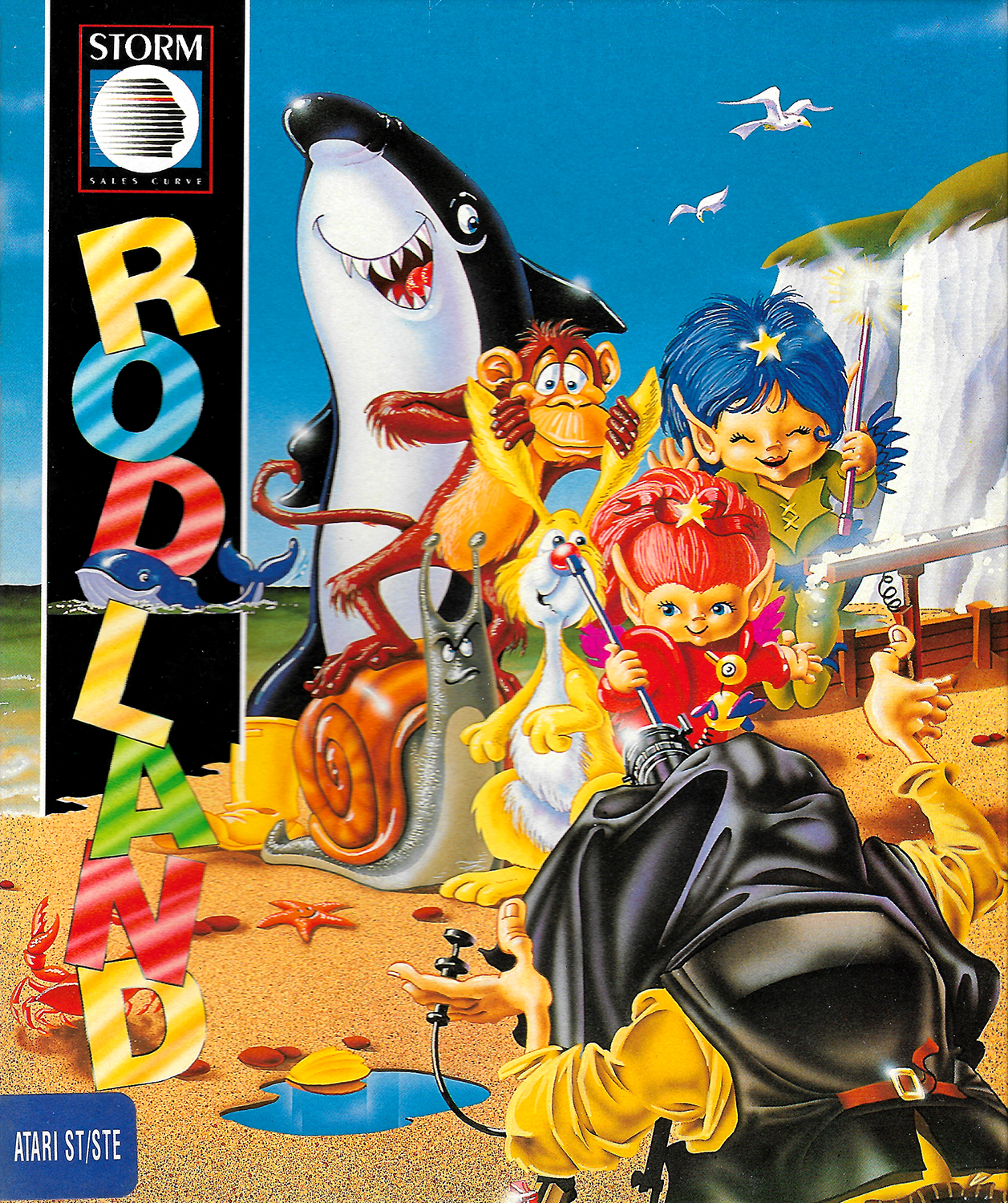 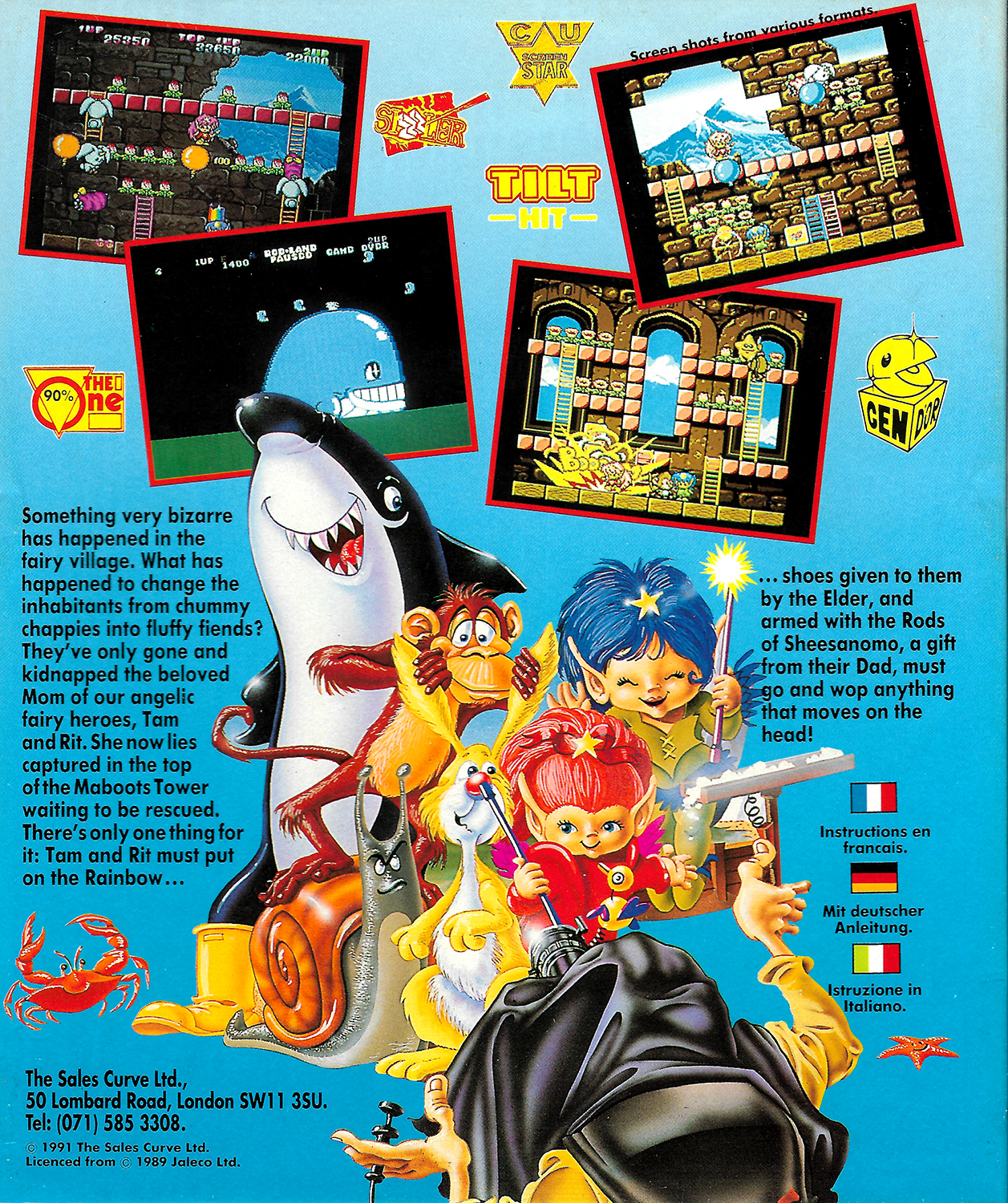 Release: 1991 by Storm
Previous Next 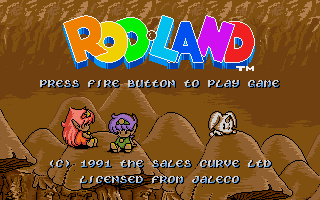 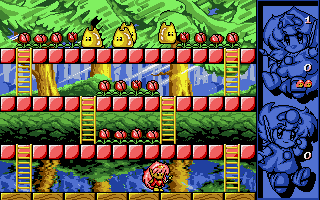 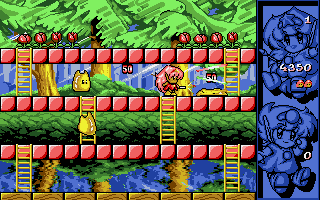 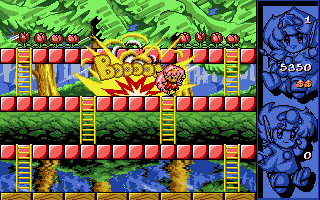 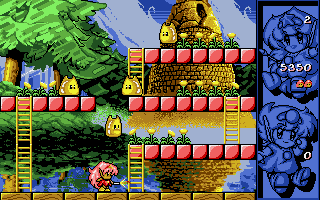 Ocean replied to this game 6 months later with the third episode in the already tiring Rainbow saga, the so called "Parasol Stars". This suffered from too much colour, too many sprites, and it tasted sickly sweet in comparison to Rodland. I can't help but wonder whether Parasol Stars might have looked more like Rodland if it had been made first. I shall leave you with that thought.
More

The SyndiCate Delicious Disk #46A

grams88
First things first this is a game which kept me on the Atari for ages.

The object of this game as with other Atari games like Bubble Bobble was to kill all the enemies with what ever power you have. The good thing with this game was the ability to create ladders or should I say one ladder at a time. Some of the enemies look like bean bags but the most weird thing was once you collected all the items in the level the enemies turn into something which looks like angry tomatoes.

The two player option makes this game even more popular.

This game has got to bring a smile to your face.

Super fun (and addictive), unique game mechanics (you grab enemies and bash them into eachother) happy tunes, cute sounds, and fast gameplay. It also has a classy graphic style that looks like the backgrounds were coloured with pastels or markers. This wouldn't be seen again until a few years later in games like Kirby 3 and Yoshi's island (both on SNES), or the Yoshi and Kirby games on N64. Now that's some spiffy (useless) trivia for you.
December 6, 2006
tolismlf
I think this is one of the best arcade conversions on the ST. Mainly because it doesn't have any scrolling

Totally brilliant. I have played this a lot when i was a boy and still remember it among others like Bubble Bobble, Arkanoid and Dynablaster

July 23, 2006
simonsunnyboy
Different but somewhat like Bubble Bobble...I like it!
March 15, 2006
ST Graveyard
I completely agree with Paul here. This was one of the few games my sister actually liked to play! Another cutesy platformer like Bubble Bobble, and to me, certainly not less fun!
August 9, 2005
paul thompson
This is a great two player game and one that your other half would enjoy. I remember spending countless hours in the 80\'s playing this with by future wife. In fact I blame this game for me having to get married