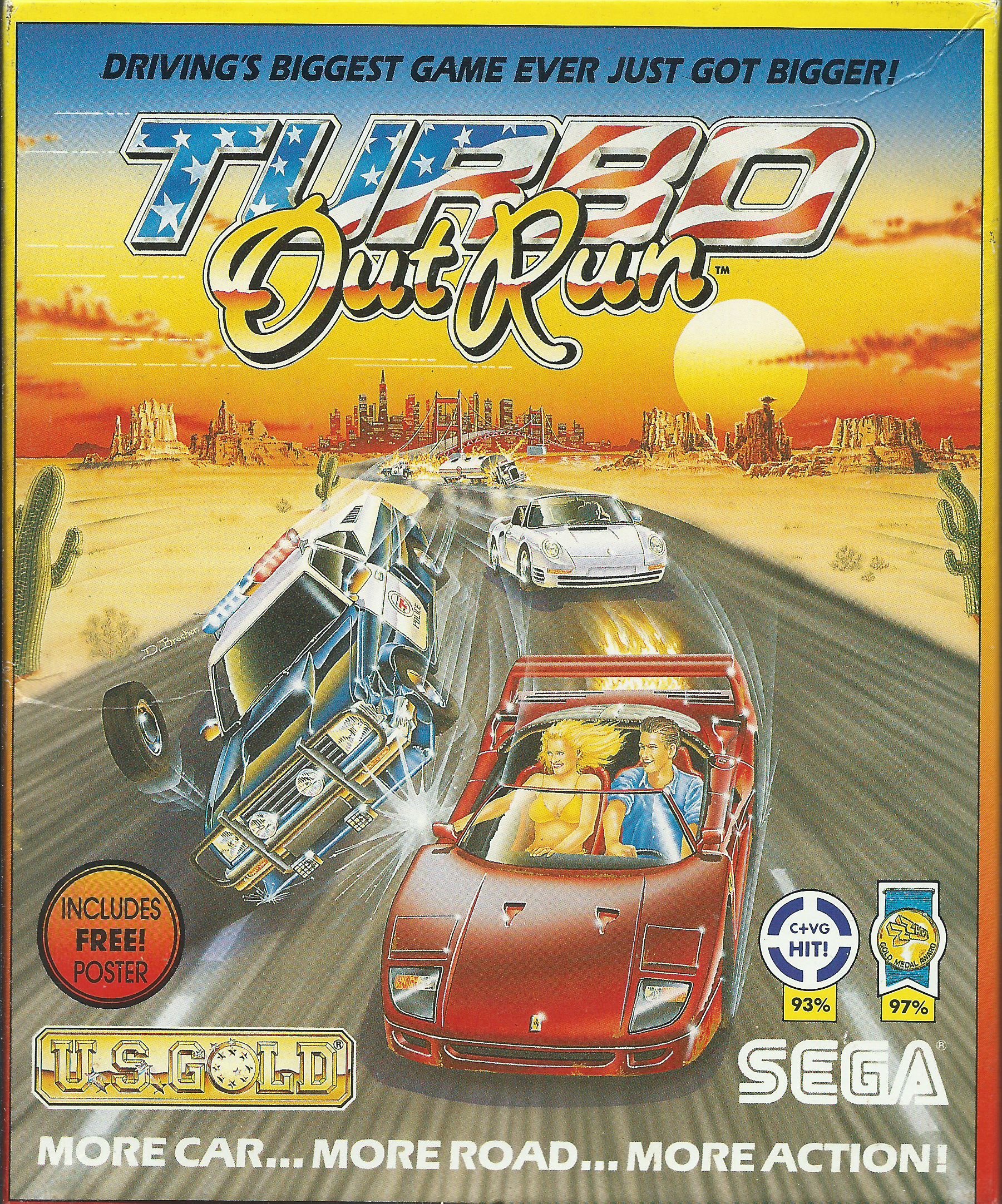 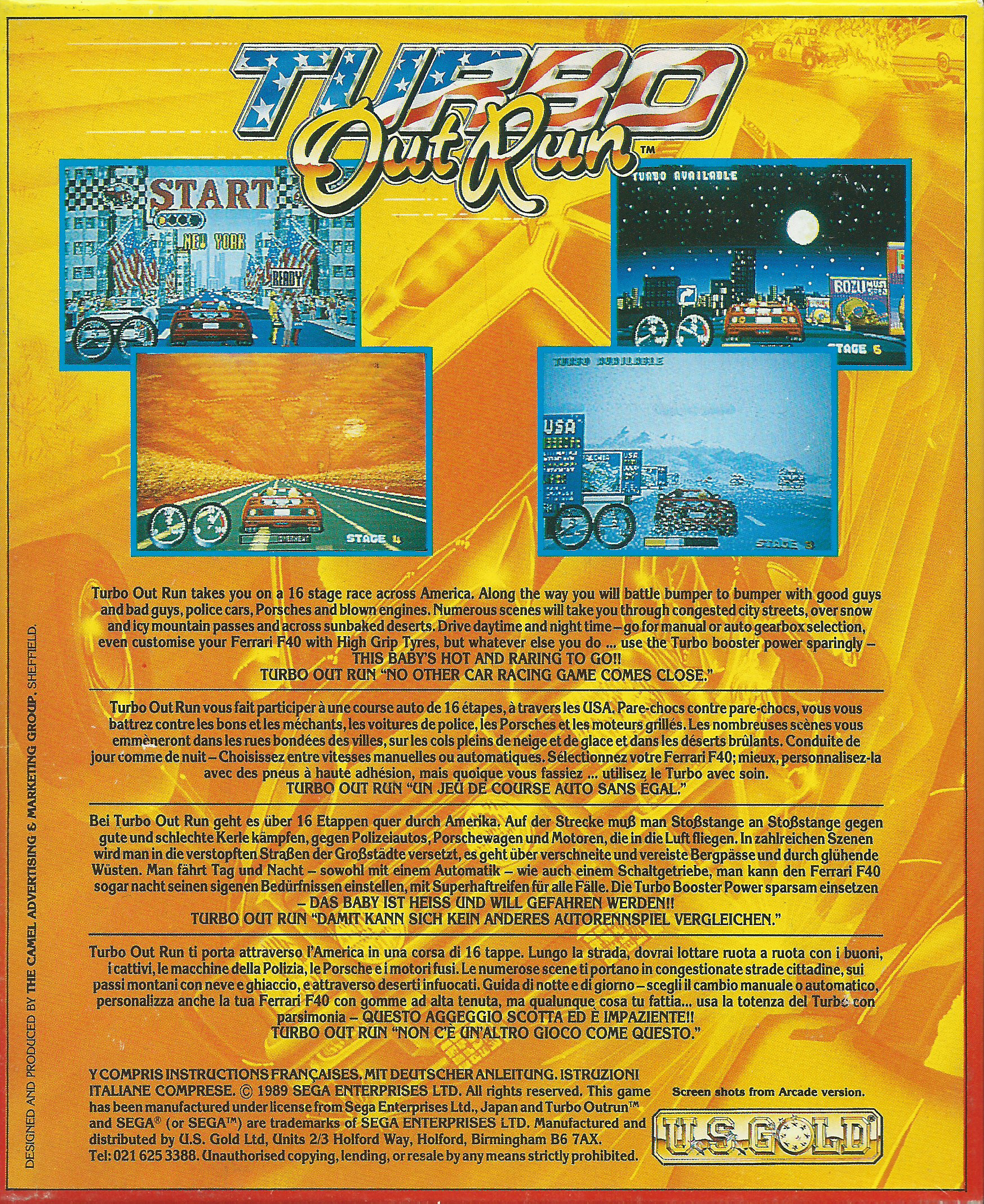 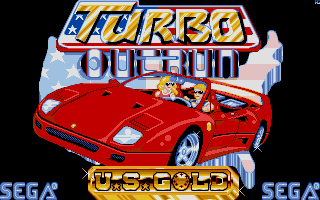 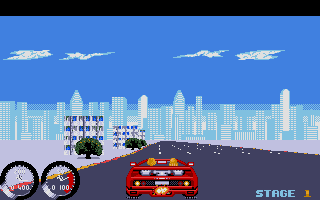 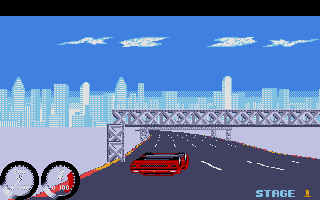 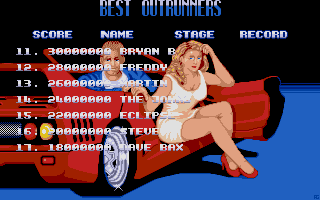 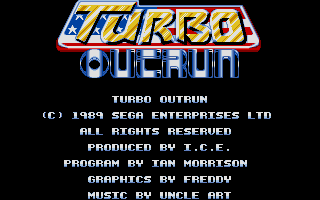 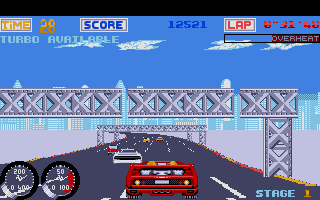 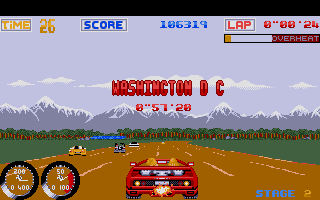 bullis1
You may think that this game is choppy but it's still playable. In fact, this ST port is better than Sega's own port to their own MegaDrive/Genesis system. The scaling is better, and the 3D-road effect is more faithful to the arcade version. The music and colour are a little worse, but otherwise this is the superior home version.

This is a good game if you're into arcadey racers. It's better than Outrun for ST and has a nice Sega style.