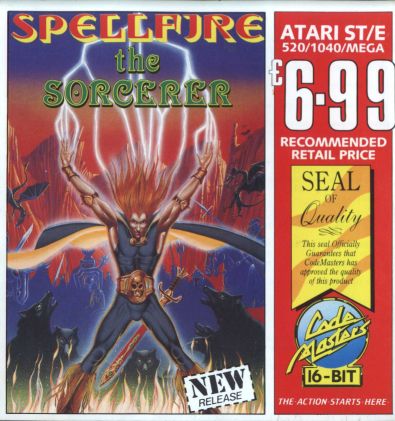 Release: [no date] by Codemasters

Release: [no date] by Codemasters 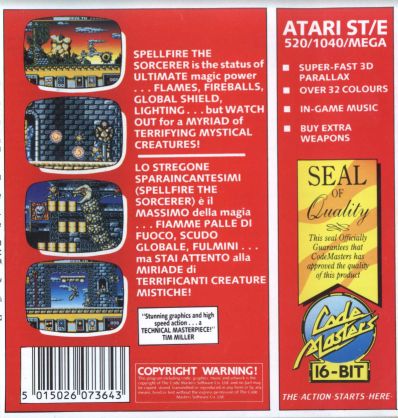 Release: [no date] by Codemasters
Previous Next 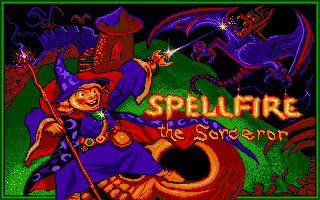 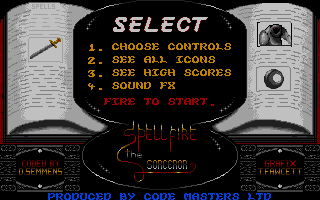 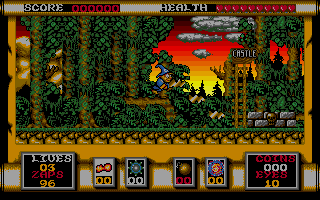 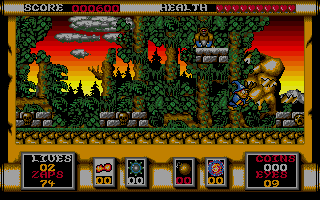 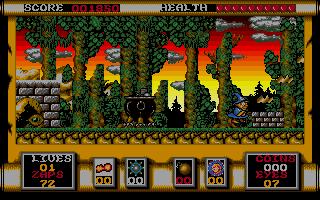 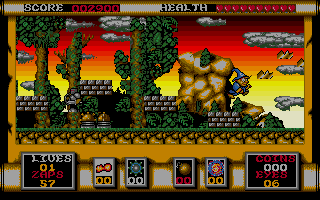 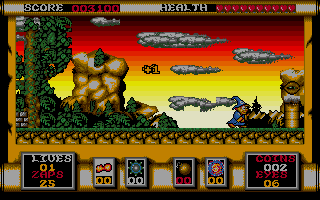 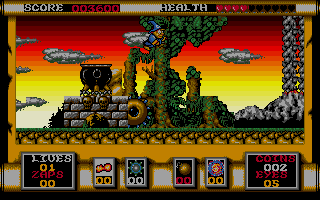 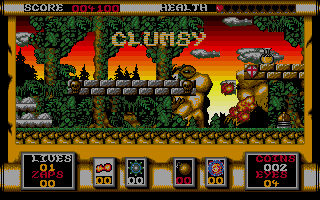 [no date] by Codemasters

bullis1
A port of a C64 game that plays just like a C64 game, but with better graphics. In fact, the graphics are quite nice in this game, but the screen can be a little too busy.

You play as a sorceror (hence the title) who shoots pixely squiggles out of himself. Your main power seems to be the ability to pass through solid objects and stick inside of brick walls. Imbedding yourself inside a tree is a pretty good way to avoid the neverending stream of bad dudes who never stop jumping. Too bad there is no good way to avoid the giant saw-blade things that pop out of the ground an inevitably kill you. Most dudes have a giant gold coin inside of them though, so you better kill 'em and use the coins to buy "useful" items from an inanimate cauldron.

I can't vouch for whether or not this is a good simulation of sorcerian life but I didn't like it. However, I can sense that some people may, so you better try it if you like simplistic platformers with really odd physics / collision detection.

Oh, and you can select between playing with sounds, or with music by Alister Brimble. I played with music and it was somewhat catchy.