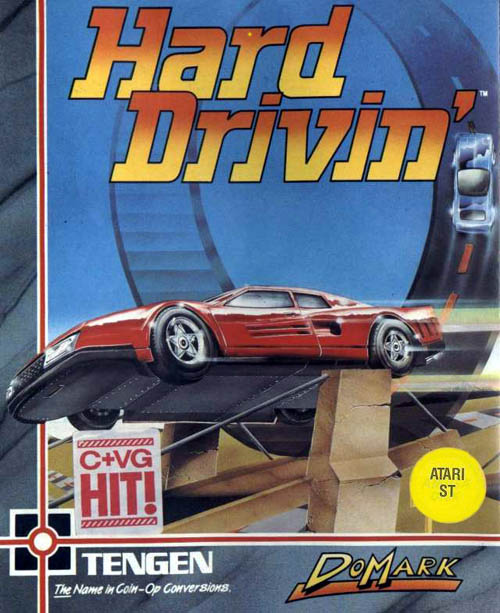 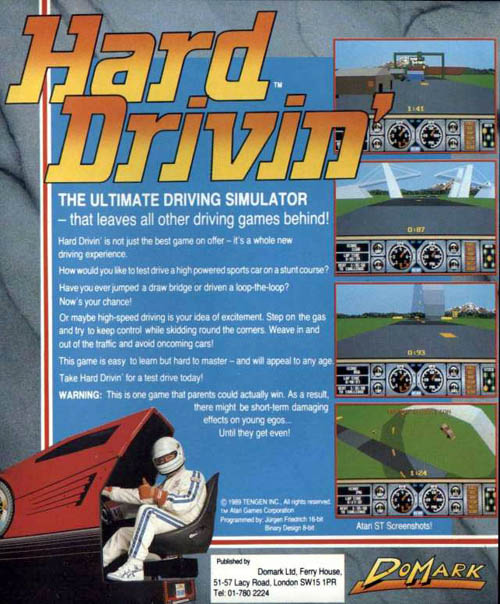 Release: 1989 by Domark
Previous Next 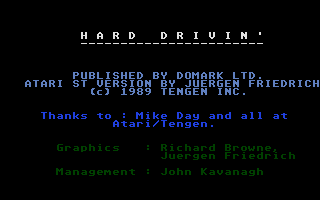 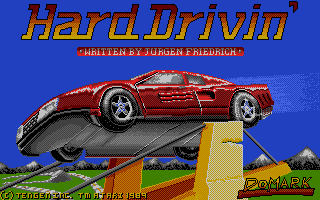 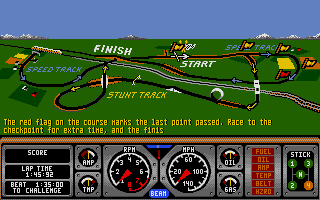 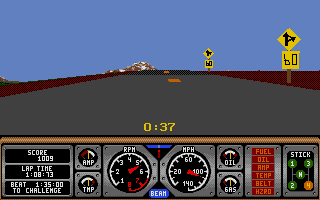 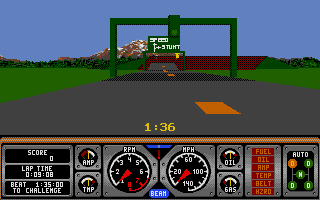 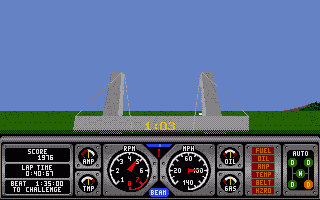 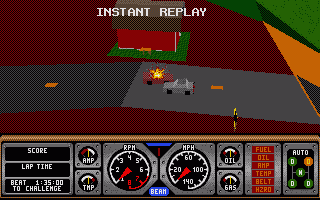 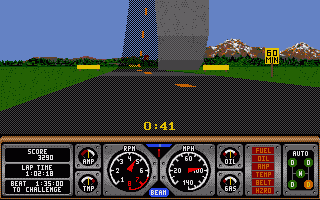 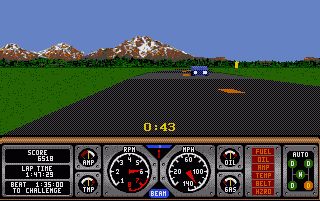 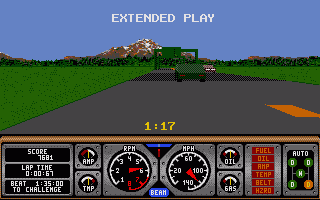 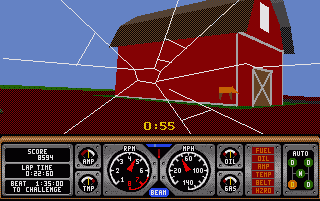 There' s only one track, even though you can take two different routes, the "speed" and the "stunt" ones. The first, just as the name suggests, is a simple fast track - just keep jour foot down on the gas pedal and run as fast as you can. The second is much shorter, but features a few tricky obstacles; a broken bridge, a looping, a tricky curve... and that' s all. -But that' s enough, ain' t it ?
More 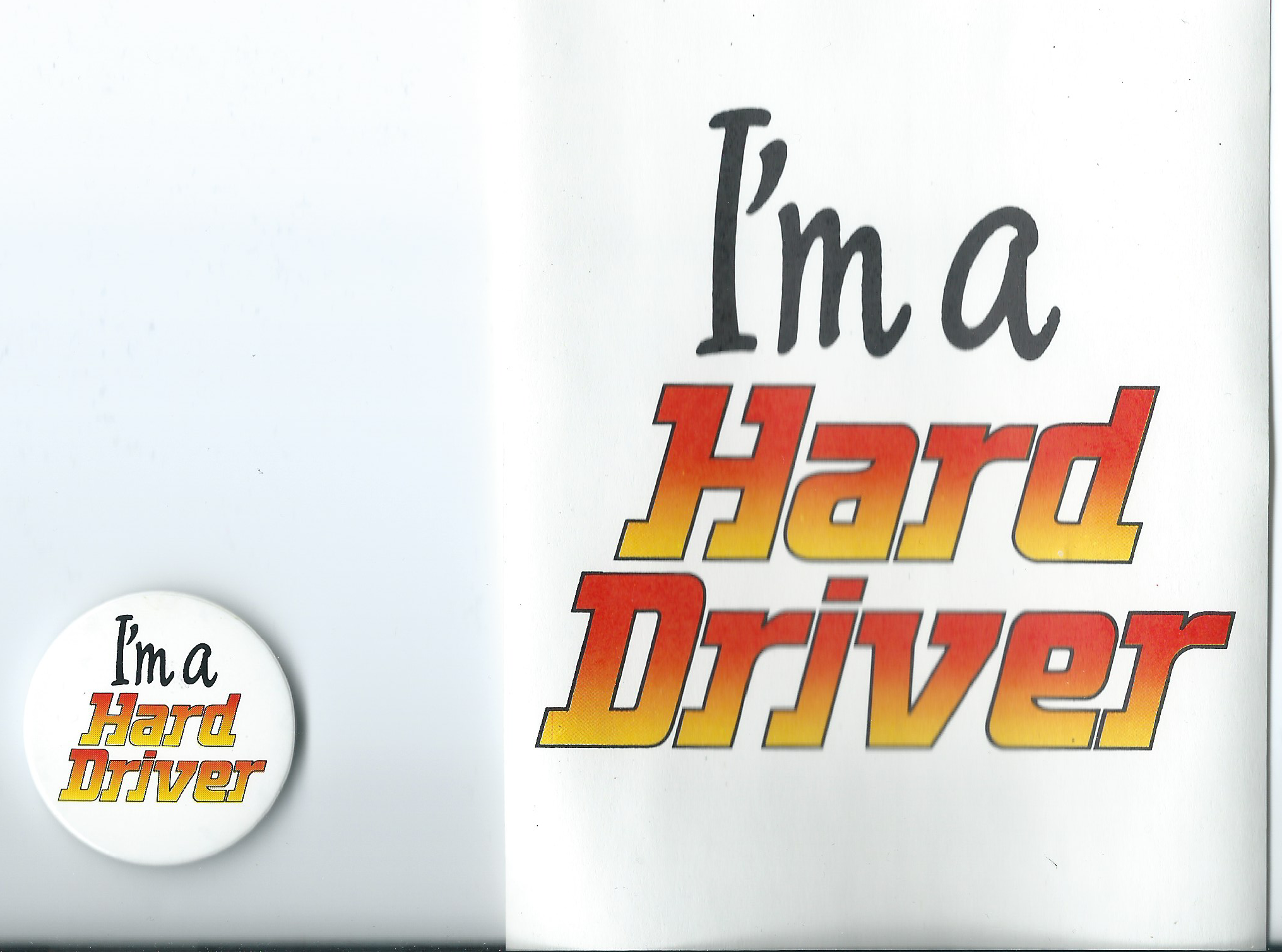 Marakatti
I think it was a really good game once you mastered the controls. If you manage to get bonustime over 10 minutes you can drive forever. And what really made this game fun is to darken the screen colors so it was like drivin' at night! I just liked it very much, you just need to stop comparing it to the arcade-original
June 10, 2006
The Paranoid
The arcade version of this game was cool because it contained a full driver's cockpit. Naturally, a computer conversion can't offer that.

The framerate is low but there are games worse than that. Instead, Juergen Friedrichs managed to screw up the controls real bad.

I think the biggest reason for Domark/Tengen to release Hard Drivin' 2 before the real arcade sequel Race Drivin' was out, was to make up for the horrid controls in Hard Drivin'.

January 2, 2006
ST Graveyard
My friends with their PC's had 4D sports. I had the horrible Hard Drivin' (could it be any worse?). Another awfull conversion by the Domark-Tengen duo. This game has a framerate of 2 frames a sec or something, it is just unplayable. Unbelievable but true, there were even 2 sequels!

Little did I know back then there was a cool stunt game for the ST called Stunt Car Racer. An unbeatable game, up until Carmageddon arrived for the PC by the end of the 90's!
June 26, 2004