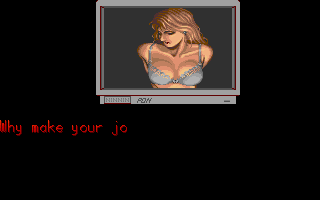 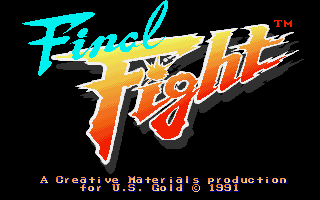 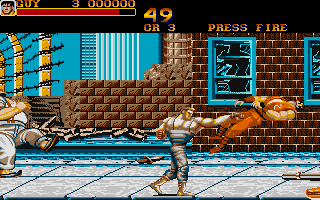 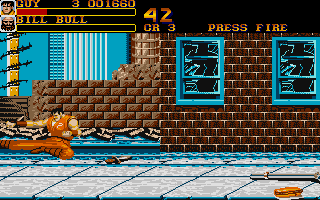 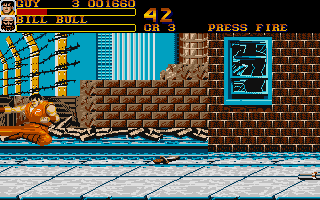 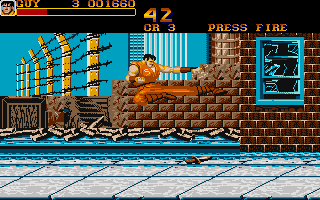 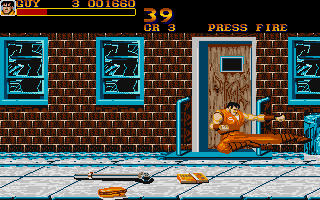 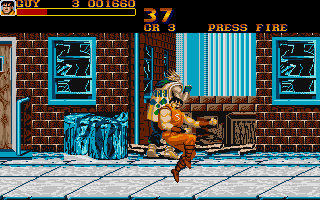 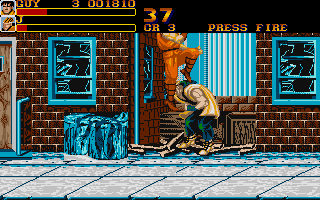 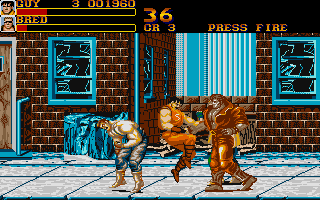 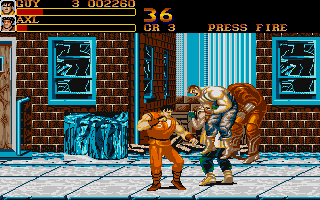 The SyndiCate Delicious Disk #45A

The SyndiCate Delicious Disk #45B

Some notes "hidden in game"

Dear ST Cracker.. here's the Amiga startup-sequence, in case
; you want some amusement.. it's amazing how people can waste disk
; space isn't it?
å Final Fight
; å -å= -
;å © 1991 U.S. Gold
;
;å Written for Creative Materials by Richard Aplin
;å (Started 10th January 1991)
;
;Ok. Remember Line Of Fire? Here we go again, crackers! Fill in the blanks:
;
type (Loads of pointless ANSI codes and whizzy animated bits)
echo "å_  of å_  presents the latest in Hot Warez.."
echo ""
echo "Final Fight å+ 4 14925%!"
echo
echo "Cracked, Trained, Nobbed-Up and ½-parted by the amazing å_ !!!"
echo ""
echo "Call our UK HQ on ____-å_  for 1.4Tetrabytes of"
echo "warez stored on Sinclair Microdrive, on-line 25hrs a minute, 75-19.2Gigabaud."
echo ""
echo "Hot Greets to Taz,Faz,Gaz,Baz,Haz,Kaz,Waz and Saz!!"
echo "Limp Armwavings tFo HumungousBigPenisSubstitute of The UtterlyInanelyNamedCrew!!"
echo ""
echo "Look mum! I can use SEKA, TETRAPACK and DMS! (Next week I'm learning bowel control)"
echo ""
echo "(I've got a mate who can do fantastically dull psuedo house music on NoiseTracker,"
echo " and another mate is really amazing at doing uninteresting bas-relief metallic logos on Dpaint"
echo " - We're going to call ourselves WetDream Design, and do a game for Psygnosis"
echo " and they'll pay us £75å0  and we'll get our photos ridiculed in Zero and then"
echo " we're going to do Soopa Fannycon games and charge more than the national debt of Brazil"
echo " and after that it's virtual reality and I actually SAW Andrew Braybrook at the PC Show"
echo " and he actually SPOKE to me and we had this really good conversation and I told him all"
echo " about how crap Rainbow Islands is and how he should have written it using Seka and used"
echo " hardware sprites for the scrolling background and when I asked him why he left out the"
echo " bit on the arcade machine when you first turn it on and some gliched graphics come up for a"
echo " thirtieth of a second - which really contributes to the gameplay - he said 'Why don't you shut the f**k"
echo " up and leave me alone, you irritating little t*at' and I knew he was just saying that cos"
echo " he knew I was right and how much better than him I am and I bet he's never written a"
echo " parallax sprite starfield sine scrolly bob demo with soundtracker music in his life"
echo " and I bet he wouldn't even know how and he's rubbish anyway you know I actually saw"
echo " one BNE in his code that could have been a BNE.S and I nearly wet myself I mean how can"
echo " he call himself a programmer when he obviously isn't nearly as good as me.. etc,etc,etc,etc,etc)"
echo ""
echo "Anyway I must go now as my mum says my rusks are getting soggy... CUL8RAIGWNGIS DUDES!"
echo ""
echo "Intro by HugeRedPorkSword of The TotulAnihilashunAndDeth2Evreywun(sic) Crew"
echo ""
echo "P.S. When I grow up I want to be a British Rail guard"
echo ""
echo ""
;
Totally_Naff_Intro_With_Some_Filled_Polygon_Graphics_That_Rotate_Around_Their_Own_Axies_Cos_I_Dont_Have_A_Clue_How_The_Code_Works_As_I_Got_It_Off_My_Mate_In_Sweden
;
Pointless_And_Really_Badly_Bugged_Trainer_Options_With_OH_MY_GOD_Not_ANOTHER_Parallax_Starfield_And_Sine_Scrolly_Message_If_I_Ever_See_Another_One_I'm_Going_To_Leave_The_Country_And_Become_A_Trappist_Monk_In_Tibet_Mind_You_That_Wouldn't_Be_A_Very_Good_Idea_Now_The_Chinese_Have_Invaded_Ah_Well_Maybe_Just_Suicide_Or_Even_DemoWriterIcide_Is_The_Answer
;
Pitifully_Badly_Cracked_Version_Of_The_Game_That_Only_Runs_With_An_A501_Insider_Ram_Board_On_My_Computer_And_Anyway_The_Fileloader_I_Got_Out_Of_Amiga_Disk_Drives_Inside_And_Out_Has_The_Headstep_Delay_Set_Much_Too_Fast_So_It_Crashes_All_The_Time_And_Even_Then_It_Uses_A_Software_Timing_Loop_So_It_Won't_Work_On_Faster_Processors_Sometimes_I_Really_Don't_Know_Why_You_Lot_Bother_I_Really_Don't
;
Oh_Shit_It's_Guru'd_Ah_Well_What_Do_You_Expect_Your_Amiga_Has_The_Wrong_Colour_Fat_Agnus_Chip_And_The_Power_Light_Is_Too_Bright_And_The_Drive_Makes_The_Wrong_Pitched_Clicking_Noise_It_Works_Alright_On_My_T.V._Honest
;
Resetå
Right, that (to quote my Line Of Fire Startup-Sequence) is that over with!å
å* Q
*You May Not Read Further If You Are Under 14 or Have A Datel Action Replay Mk.I*
*(The Mk.II one's ok cos the software's much better)å*
å* 5å
Yes kids, It's *PROGRAMMER'S EGO* time!å
Other games I've written: (the list gets longer!)
Double Dragon I (Amiga,ST,Amstrad CPC)
Double Dragon II (Amiga,ST,Amstrad) (Aargh! Endless beat-em-ups!)
Shinobi (Amstrad)
Block Racer (Amiga,ST)
ESWAT (Spectrum!)
Line Of Fire (Amiga,ST)
Rotox (Amiga,ST)
Fly Spy (Amstrad)
The Islands of Dr.Destructo (64)
U.C.M. (64) (barf)


Right, that's the programography over with, now the customary rubbish that
I sometimes put in the startup-sequence to amuse you pirates before you get
down to the 5-minute job of cracking the game (see also Line of Fire!)

Incidentally, I gave up protecting games seriously after I spent a week
doing the protection for Shinobi and Double Dragon II on the Amiga, which
was (and I say so myself), pretty bloody good.. even if Weetabix did
eventually crack DD2 (by the way, I never did find out how long it took
you!)

The way I look at it, the better the protection, the greater the challenge,
and although it would be fun if protection could adapt itself to what the
cracker is doing (like a game of chess), as it is the whole game is a bit
one-sided. I mean, whatever I do for protection, once I've done it, it's
cast in stone, and as it is impossible to cover every one of the bizarre
things you lot will try, eventually a game will get craïcked, so why bother
in the first place? I don't agree with piracy, but as in-game protection
is just providing you lot with some amusement over a boring weekend, I
don't bother much any more..

I daresay some people still think that it's possible to do 'pirate-proof'
protection, but personally, after DD2 (which really did have some bloody
neat ideas in it), I don't!

Another problem is that when I do a really neat disk format, that, say,
gives you 6.5k a track and is well hard to copy, the *$#?**!ing duplicators
can't duplicate it! Kind of defeats the object really!


Any road up, on this game I'm reasonably pleased with the interrupt-driven
disk loader; everyone else did it ages ago - so did I, but that sort of
loading is not really suitable for most types of games: you need dynamic
memory-allocation and multi-tasking uncrunch routines for a start, and then
you run into all sorts of problems with ram fragmentation, and eventually
you end up spending more time sorting out the problems caused by the system
than it solves, but I thought I might as well use it in Final Fight, just
so that Ronald McDonald at the Sales Curve would shut up! (Sorry Ronald!)

Oh yeah.. the real-time x/y-flipping and decompressing sprite-routine is
alright too.. but a tad slow. Ah well, the Line of Fire real-time scaling
sprite routine was slightly neat as well, and look how slow that game was!

The main problem with this game is the amount of time & memory used up by
all the massive sprites.. I ripped all the graphics out of the arcade
board's roms, and I really didn't want to have to shrink them or anything,
so we end up with what you see here.. bloody huge sprites!

The screen displays are quite interesting.. the 3 overlayed playfields are
made up differently.. but they are all character-mapped, not bitmapped.
Naturally they all have independant hardware scroll! There's also no
practical limit on the number of characters you can access at any one time
with a screen - all the character map screens use 16-bit character numbers!

Playfield 1:
The back parallax layer consists of 32x32 character blocks, with each block
having a selectable pallette (of 16 colours) from a set of 32 different
pallettes.. (that's up to 512 colours on this screen alone!)
Playfield 2:
The main playing area.. Uses 16x16 character blocks, each with a 16 colour
pallette selected from another bank of 32!
Playfield 3:
The top layer for scores, text,etc. Uses 8x8 characters, 16 colours, from
yet another bank of 16 pallettes.

Each sprite is up to 128x128 pixels, and is character mapped too! Only 16
colours in any one sprite, but the sprite pallette is selected from yet
another set of 32 different ones! Naturally, the sprite can be flipped in
either direction by just setting a bit! I don't know how many sprites you
get, but I suspect 64!

Right, so that give you a grand total of 1280 colours on screen, not
counting the sprites, without even using raster-splits! Don't you just
want to BURN your amiga?

Can you believe what you could do with this board? EVERYTHING is done in
hardware, and you've got a 10Mhz 68000 just do change a few registers with!

ST Graveyard
As opposed to a lot of other people, I really liked this so called bad conversion of this classic beat 'em up. You can choose between 3 Street Fighter 2 look a likes and start beatin' the crap out of everybody you encounter. You also had the ability to pick up waepons and other objects to defeat the opponent. I really liked the graphics of Final Fight. The sprites were really big compared to the other games of the same genre. In the end, I still prefer Golden Axe, but I spent a few fun hours on Final Fight. Especially in 2 player mode. One warning though, the game has a horrible chiptune, that is repeated during the whole game!
June 26, 2004