Mark Davies (aka Mac Sys Data) from the mythic crew POV accepted to answer some questions. He was also known under the nickname of Spaceman Spiff in Adrenalin UK. He worked for many crews such as Pure Energy, Serenade and various groups. Here is an interview with an Atarian who's code is considered to be the most used in English menus. 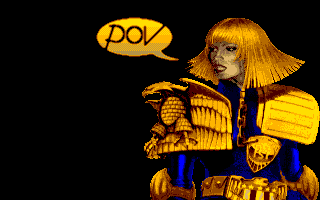 This picture was digitised by MSD, then colour was added by OZ. 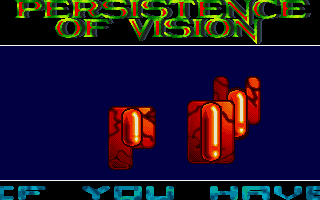 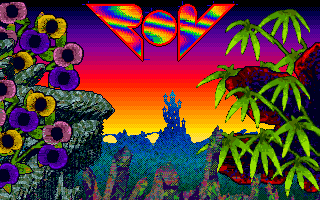 Another wonderful picture done by Oz/POV. Probably one of the best paints he did on Atari. It was drawn with Neochrome Master (81 colors on the screen). 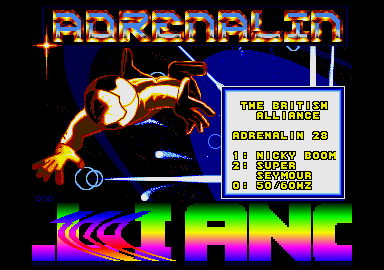 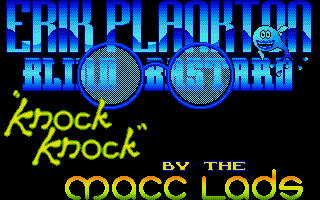 Knock Knock Demo: Here is the demo done by POV members under the aliases of 'Erik Plankton' and 'Blind Bastard'. 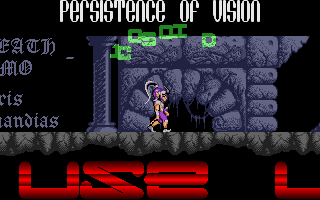 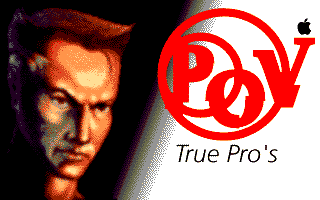 Serenade CD 80: Another menu coded by Spaceman Spiff. According to the scrolltext, it looks like Serenade finally integrated Spaceman Spiff into its crew, without telling him :)

1) Hello MSD. As always, I have to ask you to introduce yourself (job, age, passion..).
Real name is Mark Davies, I am 35 (born 6/4/67) and for a living I design and install network and firewall solutions for UK companies.


2) How did you enter the Atari World? Was it your first computer?
My first computer was a ZX81 in 1981, I followed with several Sinclair Spectrums on which I learnt Z80 assembly. I saw an Atari STFM in a computer shop and thought it was amazing. Two weeks later I bought a 512Kb STFM.


4) When did you create the crew POV?
Before I bought an STFM, I was in the computer shop looking at the Atari shop demo and started talking to another customer - later to be known as Dr. Syne. We kept in touch after I bought an ST (and still are) and Dr Syne started gathering game compilations and the odd demo. As floppy disks were expensive in 1989, I wanted to get as much on a floppy as possible. I had already written some intro code in assembly and it was only a matter of time that I put Micromix 1 & 2 on a single disk. Our first compilation with me doing the coding and Dr Syne performing the collection and distribution was the start of POV.


5) Were does the name of the crew come from? And what's about your nickname?
With the first compilation ready for release we tried to think of a good name, initially I had the idea of 'The Mutants' but it did not go down well at the local computer club. I visited Dr Syne one night and he had an album by Todd Rundgren called POV (see here). The words POV were all over the cover but had different meanings. I liked the name so I kept it - hence we were POV. I was constantly asked what POV stood for and the words 'Persistence Of Vision' stood out so that was it!
My name is another story, my initials were MSD and I used them in my coding. Again people asked what MSD stood for so I tried making up names with my initials. 'Monster Silly Dinosaur' and other stupid names were thought of. In the end MACHINE SYSTEM DATA was the only computer related name I could think of, in time this was shortened to Mac Sys Data.


6) The scene knows you because of your POV production. But you were a member of other crews under the nickname of Spaceman Spiff. Could you tell the complete story? When and why did you enter these crews?
POV was always the squeeky clean brand name. No illegal software were put on POV disks. At the local computer club, I was asked if I could do some coding for another crew (Adrenalin) but so not to blemish the POV name, I took another pseudonym. At the time I read a lot of Calvin & Hobbes in which Calvin has an alter ego called 'Spaceman Spiff'. I liked the name so started calling myself it. The only other crew I joined was Adrenalin. I sent code to several crews and wrote some dedicated menus for them under Spaceman Spiff. Also Adrenalin spread a little of my code so my menus appear on lots of crews disks. I was also known as 'Erik Plankton' on a rare demo I wrote with Boris of POV but he was called 'Blind Bastard' on that demo!


7) Did you ever cracked some games?
I cracked two games, one was LED, I cannot remember the other. I didn't like cracking games as there were many other crews doing it. Cracking and packing demos was more of a challenge and there were so few people doing it.


8) When did you leave Adrenalin UK & Serenade?
I was never a member of Serenade - I just sent them menus. I was still a member of Adrenalin when they folded although I took a back seat when Mookie learnt assembly. I moved house near the end of the Atari ST popularity so sort of faded into the background although I was working on the 'Brown Bottle Link Filer' with Mug UK.


9) Your code was used in various menus, too (TCC, Golden Dawn, Pure Energy, DTB, Neon Lights and many more I can't remember). Sometimes people credited you, and sometimes they forgot to mention their source. What's your opinion on that?
I was happy to see my code appear on other peoples' compilations but a little disappointed when I was not credited. If the menu code was virtually identical then it was an insult to see my code being credited to someone else. If the crew had tried to make the menu a little different then I was happy not to be credited. I got really angry when I sent a menu to a member of the Atari scene then a few weeks later saw my menu unchanged appear with the menu code being credited to someone else (are you listening TRONIC?).


10) What are your favorite games on the Atari ST?
Deflektor, Wings of Death and Elite.


11) What's your opinion about emulation? Do you use Steem, SainT, WinSTon...?
Emulation is great, many demos in their original form do not work on the emulators but the POV versions do so demand for my compilations is gathering space. I use both Steem and Saint, but mainly Saint.


12) Well, let's speak about demos, otherwise people will kill me because I forget to ask you an important question: Do you plan to release some new POV compilations?
If demand is there then yes I will. I still have some unused art, code and packed demos to release. Unfortunately I have limited time to release code as I have other hobbies now. I still have my Falcon 030 and an STE set up with the POV development system so I could release some compilations within weeks if I wanted.

Thanks for all. Hope to see you soon with new POV menus