Crack'ed. The famous mouse-controlled shooter for the ST that supposedly started the Nancy Reagan "Just say no" campaign. Read here what programmer/artist Robert Craig (formaly known as Robert Craig Neve) has to say about it! 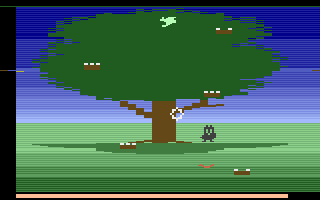 A picture of the Atari 2600 version of Crack'ed 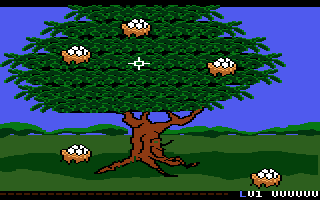 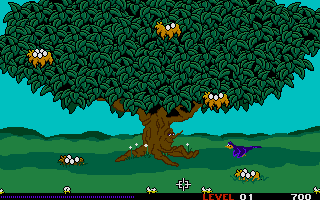 And finally, the ST version, which is, of course, the best... 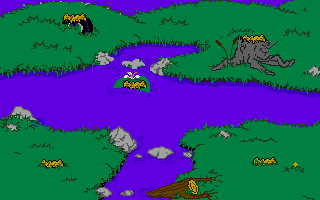 This is a never released picture of the Swamp level. This sadly never made it to the finished product. 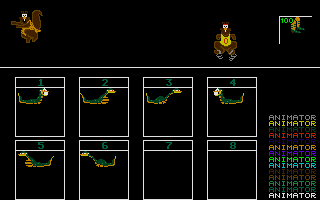 A frame by frame picture of the snake animation. 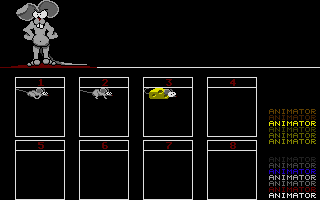 And the rat animation... 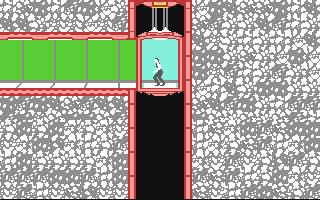 1) Hello Robert, let's start with some intro questions. Introduce yourself to the people who haven't heard of you before?
Hi, my name is Rob Craig, and I’m an ooooold time programmer. Okay, I’m just 37, but in the video game industry, that’s ancient.


2) What were your first steps into the world of computers? How old where you? What was your first computer?
Let’s see … in the 6th or 7th grade, which would make it about 1977-ish, I found an old HP Teletype in the back of one classroom. It was one of those old clackety-clack types with the spinning impact print head you see in old movies. None of the teachers knew how to turn it on or access it, but I had found a phone number, username, and password taped to the inside of one of the cupboard doors. They didn’t have any objection, so I dialed in and logged on (I didn’t know it was called that then, of course). I didn’t know what to do, so I typed “Hello”, expecting a human on the other end, and it answered with an error message and list of commands. It wasn’t long before we found the games and started playing. I was hooked. I tried out every command I saw eventually, and one of them was LIST. I taught myself BASIC from those listings, and starting writing my own simple games (and people wonder why I became a hacker!).

I saved ‘em all on rolls of paper punch tape, which decorated the school on graduation night. Sorry about that, Mrs. Montag … it was me.


3) When did you first buy an Atari ST? Why?
I worked in a computer store in a mall during my senior year in high school (and also the arcade next door). They sold PCs, C64s, Franklins (Apple II clones), and eventually STs. The PCs in those days didn’t have graphics cards, just crappy 4-color CGA. I didn’t care for Apples much, so I bought a C64. I loved that thing. But all the graphics had limitations on colors or sprites, so when the 520ST came out with an unrestricted 16 colors, I was in heaven. You gotta remember, in those days I was selling C64s to professional writers to use as word processors! The ST was cutting edge.


(As a note: Sam Tramiel told me ST stood for his initials, but I’m not sure if I believed him … then again, he had just bought a 100k Ferrari sight unseen, so who was I to question?).


4) "Crack'ed" has a history on Atari computers. For which systems did you create this game?
I tried my best to talk them out of it, but they insisted on a 2600 and 7800 version as well. “Crack’ed” was a mouse game, fer chrissakes. Those versions tanked. Executives!


5) Where did you get the idea? I guess it was one of the first (maybe even THE first) mouse-pointer shooter ever? Tell us a bit about the history of the game.
Yes, I think that’s right. I know nobody had done the “catch” dynamic yet, either, so of course I thought I was very clever. Ha! Look at how simple the game “logic” is. I’m almost embarrassed. The egg fight between levels is the only thing that saves me. I have no idea where the idea came from … Atari used to have a “blue sky” room full of toys and junk. You’d go in there and pick something to make a game out of. Back in those days, and the C64 days before, games were often just a one man show. I think the dynamic came first, the shoot and catch, and I just wrapped it in cutsie graphics. I almost died when Atari said they wanted it.


6) Do you have any ideas how many copies were sold?
How many copies? Hmmm … I think I made about fifty-cents a pop, so that would have been twenty or thirty thousand, all together. I won an award, too … “Most Creative Game” for that year. Gosh, I’m tearing up.


7) Is it true that this game started the Nancy Reagan "just say no campaign"?
NO! That was just plain ol’ crack. More expensive, but a lot more addictive … just ask Pookie.


8) Where did you learn to program like that? What language did you use to create your games?
I’m entirely self-taught, so have only myself to blame. I learned BASIC, as I mentioned above, and also COBOL from weekends spent trying to kill boredom at my Dad’s insurance company (he’d drag me in with him, and I’d play with the IBM mainframe … stacks and stacks of punch cards). Then one day he brought home a shiny new TRS-80 Model I. I already knew BASIC (I sold my very first game to Softside magazine for $250 bucks), but that thing was as slow as molasses. I taught myself Z80 assembly, and never looked back. “Crack’ed” was written in pure 68000. It was a good move, because that earned me one of the first developer hard drives available for the ST. A 20mb monster in a big gray Radio Shack kit box. I still have it, and it still works.


9) Have you created more games for the ST?
No, no more games for the ST. Hacking paid better in those days, so I turned out piles and piles of copy codes and cheats. I remember being angry about copy protection, and considered it a public service. The makers of dBase for the PC thought they were so clever … they actually used a laser to burn a small hole in the 5 ¼” distribution floppies, so one sector on one track couldn’t be formatted. I changed one bit that caused the format attempt to fail (no matter which disk it was on), and that was that. The hubris!


11) Let's talk about you! Are you still active in the software/IT industry?
Yup, I’m writing online games now, for internet play, cable set-top boxes, and even cell phones. All those old skills are new and fresh again.


12) What is your all time favorite computer game?
Wow, tough one. Probably “Impossible Mission” for the C64, closely tied with “StarCraft” for PC. “IM” was great … fast response to controls, smooth animation, great sound effects, lots to explore, puzzles to solve, and of course the great digitized opening line, “Come in! Stay a while. Stay … FOREVER!”. Classic.


13) What do/did you think of the Atari ST in general, compared to other machines?
At the time, it was the shizzit. Nobody else came close on features: colors, memory, and disk drives. Until the Amiga showed up, it was the only box in town. And the Amiga was so hard to use and program, most game programmers I know preferred the STs. I even used my ST to cross-develop for the C64 (the 68000 assembler had grown out of an older 6502 version, but kept its ability to compile for either).

The only disappointment was “TOS” (again, Tramiel Operating System … said so in the source code). I understand the ahead-of-our-time choice of a windowed operating system, but it was really poorly implemented. I ran mine from a command line 99% of the time.


14) What are your future plans?
To get filthy rich with a runaway hit on one of the new game platforms (cell phones, internet, or ITV), and spend it all as quickly as possible. Want some?


15) Would you like to share something else with us? Some final thoughts?
It’s funny, after all this time, to write about “Crack’ed”. Until the ‘net boards showed up, I’d never actually met anybody that had played it. It came *this close* to becoming an arcade coin-op, which would have been great, and probably would have changed everything. It’s the only gaming platform I’ve never done, and now it looks like I won’t get that chance.

So when you’re playing games on your cable set-top, or on your cellphone, or from Real Arcade or MSN, just remember there’s some old nerd tap-tap-tappin’ away somewhere so that you’ll have something to do while you wait for dinner, or the bus, or in between classes. Spend, dammit, spend!


Thanks for the interview, Robert. It was fun to talk about the good old days. I wish you all the best, and hope one day, we can all play "Crack'ed" on our cellphones! Cheers.

A while ago, we did a full retrospect on Alien Breed clones for the Atari ST. If you missed out on that video, go check it out now. Today, we conclude the story on one of those games, Alien Blast. Francois Wunschel was the graphics artist for this project and he shares another great deal of insight in the making of this game, filled to the brim with ST and demoscene nostalgia.

Andrew Pomianowski was half of the team behind Starball. Andy did all the graphics using Degas Elite. He was inspired by the legendary Bitmap Brothers and much more. In this interview, he shares some of the details in the creation of this classic PD arcade pinball game.