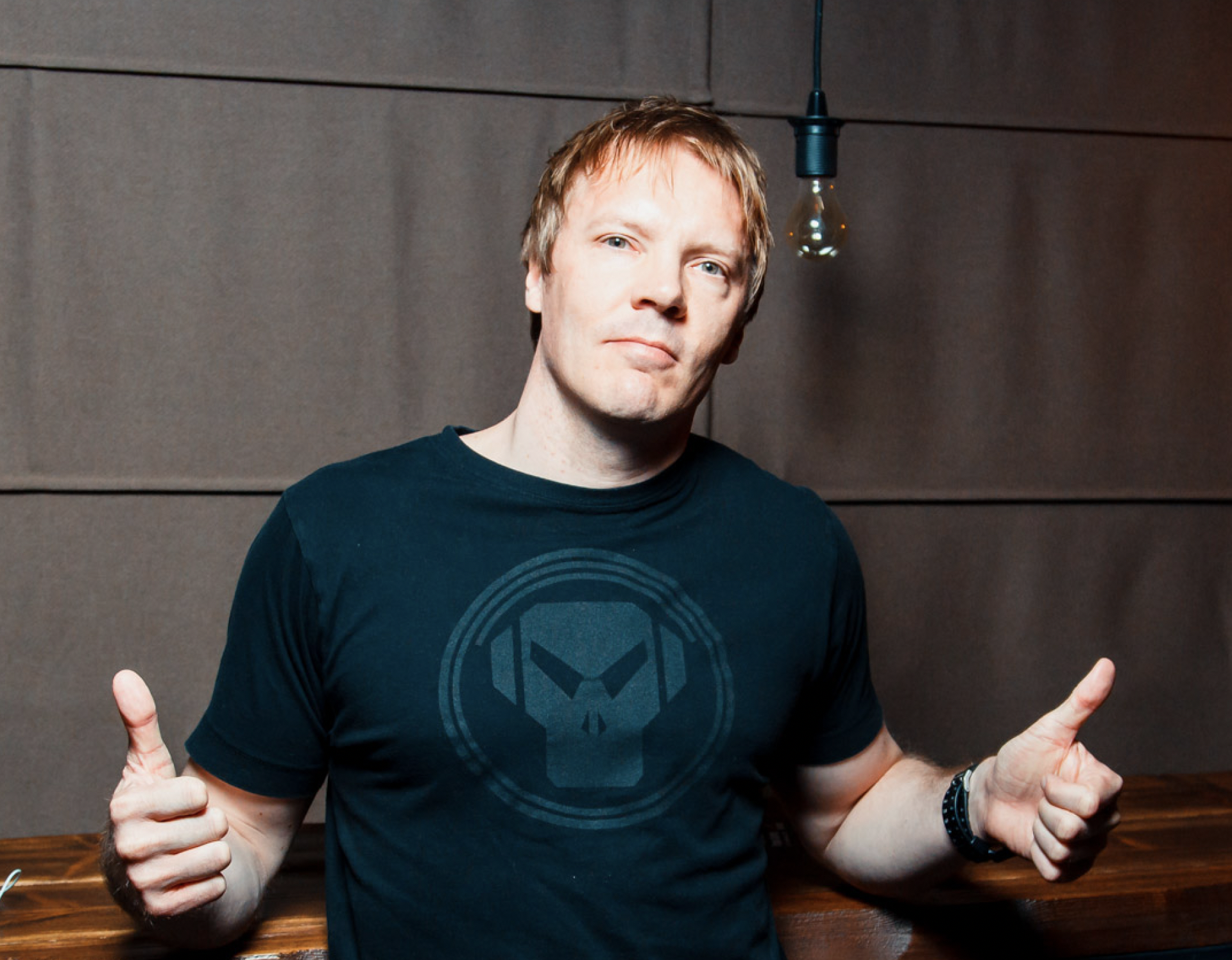 Craig Coulson was the founder of Nothing Personal and Crime, and then he took part in ADR-UK and Pure Energy's projects. Just read here a brief interview with a graphics artists who has known many crews and worked for famous English bands. 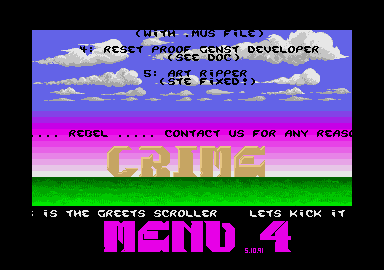 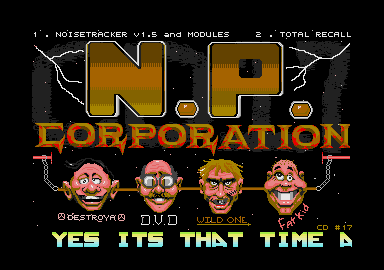 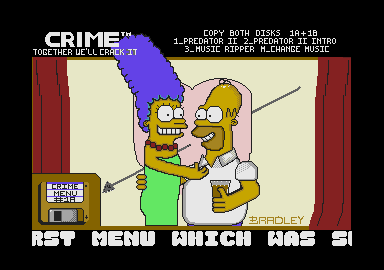 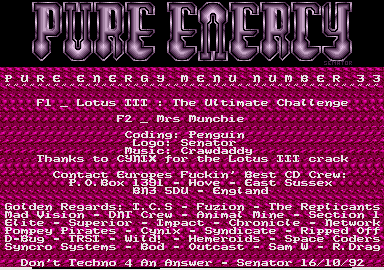 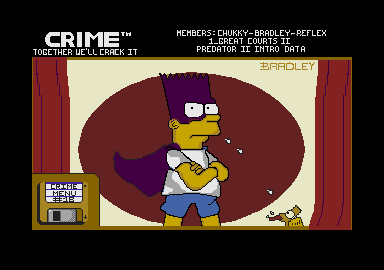 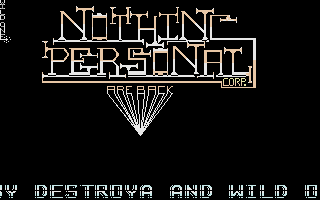 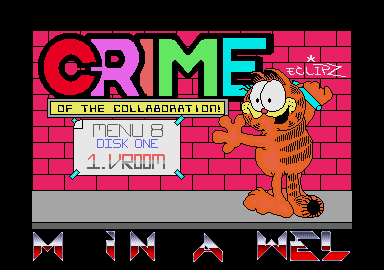 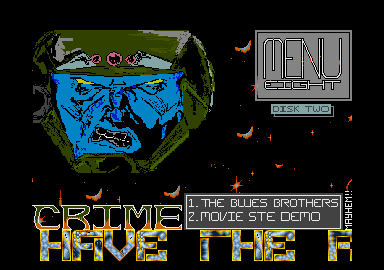 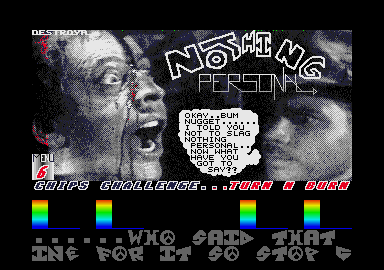 1) Let's begin with the usual question. Can you introduce yourself (name, job, passion...)?
My real name is Craig Coulson. I live in Nottingham, England and I work for a major information company. Since the Atari days (for me that was nearly a decade ago) I have taken an avid interest in music and have been DJ'ing for almost this length of time. My favourite kind of music is Drum and Bass (which I play), Techno, House etc although I have really got into this whole Indie/Britpop thing in recent years (I am going to Glastonbury this year if anyone wants to go?)


2) How did you arrive into the world of Atari? When was it?
The whole Atari story for me began in the late 1980s. I must have only been about 8 years old when I got my Atari 800XL. Back then it was my pride and joy regularly arguing with school pals that it was as good if not better than the Commodore C64. Crystal Raider - What a game! And programming in Basic! The hours I must have spent trying to key in programs that I had taken from computer magazines only to find that at the end of it all - it crashed. Oh well.

After the 800XL I progressed to the next level and bought an Atari 520 STE (around Christmas 1989 I think). WOW! I was dazzled. What a machine. Out Run, Nebulus and After Burner were some of the few games that I got with the machine and I was hooked. As time went on, I came across other Atari ST owners at the school I attended and I was introduced to the scene. When I say the scene, I am referring to the fruitful world of the underground piracy groups and demo writers.

Making contacts with a few people at first quickly developed into a whole array of contacts around the UK and Europe and all of a sudden I found myself joining in on the act and setting up my own piracy group (as much as I hate the P****Y word, it is the truth really!!)


4) When did you join or create this crew? Who were the members?
I (Wild One) founded Nothing Personal in 1991 with Destroya (Richard), D.V.D.(William) and Kryton (Rob). This began when I and Rob were introduced to a guy called William (D.V.D) through a school friend who had an Atari ST. Through William I met Richard (Destroya) Inspired by local boys Wyrd Majik, Pompey Pirates and Automation, we decided we would have a go ourselves. My role was to manage the group and produce graphics for the menus.


5) How many compilations did your crew create? Why did you stop?
I cannot remember how many menus we made. I don't think we hit the 20 mark. Group politics became an issue and Kryton left (I don't think he did anything at all to contribute anyway) and D.V.D. was causing ruptions within the camp on a personal level. I also felt that it was time to start afresh.


6) So then, you created Crime. Who were the members?
Myself and Destroya decided to wipe the slate clean. We wanted a new image, a new feel and wanted to make a positive mark on the scene (which Nothing Personal didn't - but it was a good place to start). So then along came Crime. The name and logo was taken from a crime prevention television advertising campaign at the time with the slogan "Crime - Together we'll crack it!" which indeed seemed quite appropriate. The members (if I can remember) were me (under the new aka of Bradley), Richard (under the new aka of Reflex) and Chukky. We very quickly acquired new members who were already friends and contacts with their own unique qualities and so the quality of disk compilations, graphics and music got better.


7) Ok, let's speak about Pure Energy. When did you join this crew?
Before I joined Pure Energy, I think the many of the members of Crime (including myself) joined Adrenalin. I went under the new name of 'Fantastia' - I was a spreader and graphics artist. After only 3 or 4 menus I left because of a rumour that a key member of the group who also ran another major group had been busted by F.A.S.T. (Federation Against Software Theft). He allegedly gave them names and addresses of many ST groups so I quit the group. I then joined Pure Energy under the name of 'Senator'. Now this was the best group I ever joined. These guys were very organized and professional. I am not exactly sure when I became a member...early to mid-1992 I would have thought. Harlequin of Pure Energy was my best contact and friend.


8) Which software did you use to design pictures?
I used Degas Elite! That had the best zoom feature.


9) What was your favorite tool to compose tunes?
Writing tunes was one of my favourite pastimes. I wrote some fantastic modules using Audiosculpture (I preferred this program because it made better use of the STE sound chip). My music was very Techno-orientated. I did have a digi-chip tracker but I could not get used to it so I left it alone.


10) When did you stop composing tunes for ST compilations?
Not really sure. My music compositions were not always released on menus. "Mrs Walker" was the most innovative song that I wrote (does anyone have this???).


11) Did you play a lot with your computer? What were your favorite games?
I didn't play games much. The whole buzz for me was just getting the latest disks and sending disks to other contacts. There were a few that I liked - F29 Retaliator was my favourite, Stoneage (puzzle game) and Wings of Death.


12) Are you still active in the scene?
No. I left the scene around 1993. I sold my STE in anticipation of the Atari Falcon 030. It never came. So I bought some Technics 1200 turntables and got into DJ'ing music. At the time I was into Techno and Jungle music (now called Drum and Bass).


13) Do you remain in contact with other members of Crime, NP or PE?
Sadly not. I stayed friends with Richard (Destroya/Reflex) for a long time after we left the ST scene but he went to university and I never really saw him again. William (D.V.D) just disappeared. Kryton also disappeared. It seems very strange in hindsight. I can't really remember how everything ended - one minute I was part of one of the best ST groups in the world, then the next minute it was over.


14) Some last words to say?
One thing I will say is that the ST brought made me a LOT of friends and I had a fantastic time being part of it all. If any of my old contacts are reading this then it would be wonderful to hear from you! A quick greetz to : Jamie Hudson, Richard Evans, Paul Flemming (Harlequin - from Pure Energy PPPPLEASE GET IN TOUCH PINHEAD), Richard Gilbert, Geoffrey Swift, Hijack from Bucks, Tim the Outcast, Snaz from Wild!, John the Thinker, Mr Fly from ICS and Bad Boys Belgium.
To be honest, I had all but forgot about the ST days until discovering this site. God bless the internet. If anyone would like to contact me then they can do so at [email]craig.coulson@welikeclubbing.co.uk[/email].

Thanks Craig and see you on MSN ;-)

As a comic book fan, Jean-Michel Masson wanted to pursue a carreer in computer graphics. But in the early 80's there weren't many art programs, so he had to code them himself. He got fascinated by Assembly language and decided he wanted to become a programmer. The rest is history. He had a nice career at the French development company Titus, where he had programmed the games Titan and the infamous racer Crazy Cars 2 for the ST.