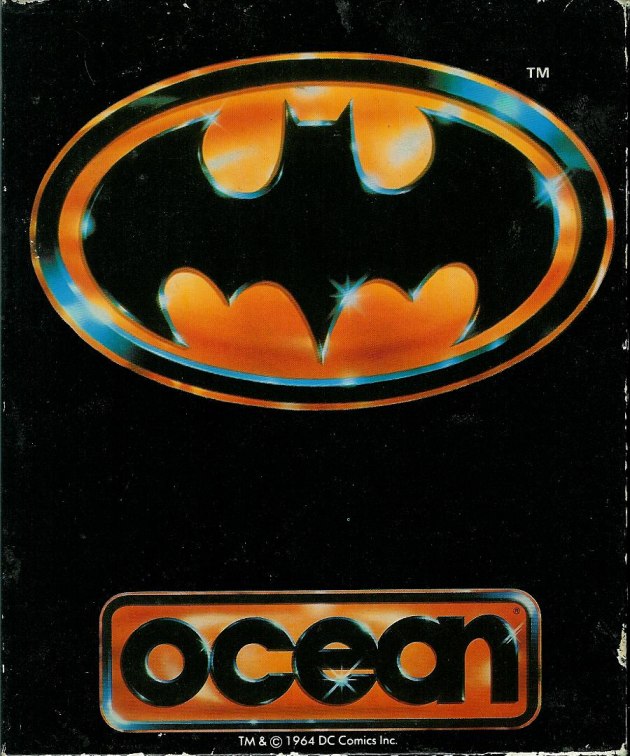 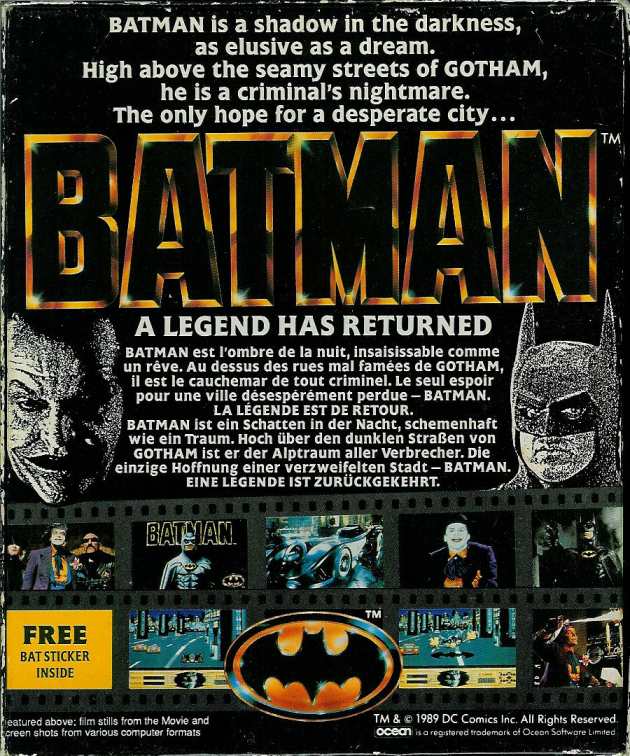 Release: 1989 by Ocean
Previous Next 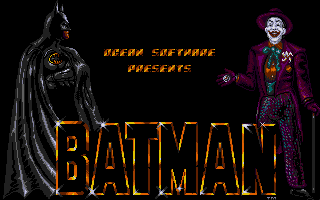 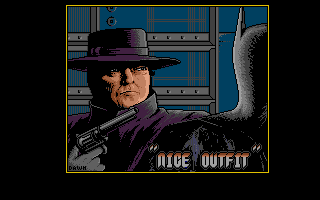 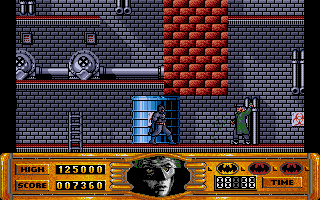 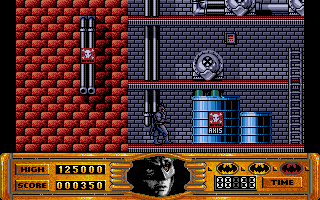 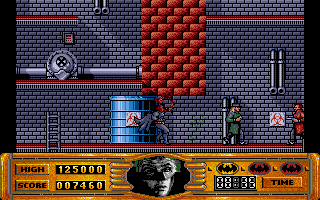 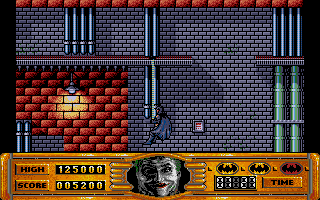 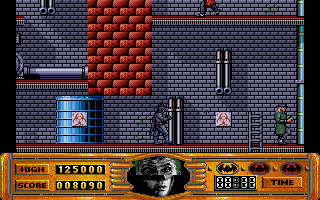 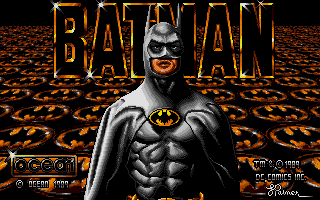 tolismlf
This is a legendary hit for Ocean...One of the greatest hits of that era if not THE greatest. Its very difficult on 16 bit machines...I remember playing it on CPC and then on the Amiga. I think 8 bit versions were better than 16 bit but give it a try its a cult game. :)


July 23, 2006
simonsunnyboy
A movie license game - there are worse games out there but it is not a top game imho.

The platformer level one is sometimes a bit unfair but I keep getting back to it from time to time - I remember playing it first on C64. The idea with the rope swing is nice too.

Later on in the game there is also a nice and fast driving scene...quite ok. Music is a bit annoying and sound very dull but graphics are ok - one can distinguish anything.


7/10 in any case but not on my personal top ten list. But there are a lot more worse games for the ST around.

Ofcourse a must for any Batman fan, that's obvious :)