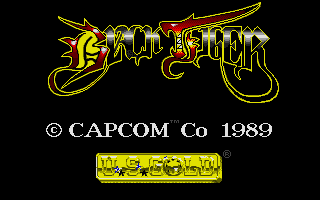 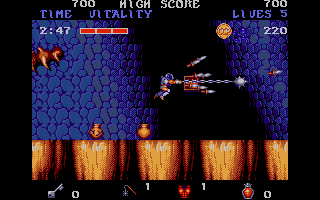 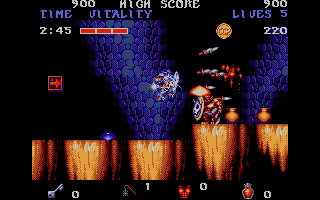 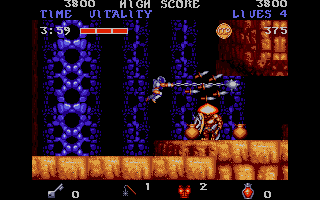 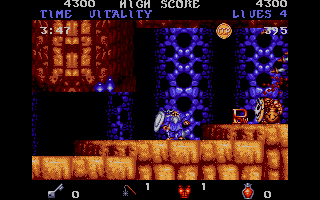 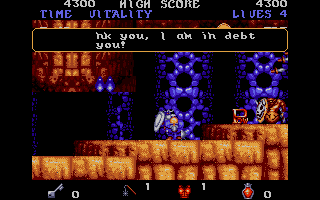 bullis1
An arcade port that features graphics that closely match the originals. In fact, the graphics are better because they have been given a new pallette (which is less washed-out) and have been re-shaded. The framerate is choppy (but there has been much worse on ST) but it remains fairly constant and the game is still playable because of the good controls. The game lacks music and the sound effects are annoying, but you can always turn on your stereo. That makes it seem more like you're in an arcade anyway.

The game is pretty cool (another barbarian-type character stars in this one) and the weapon effects and other flashy stuff are smoothly animated and colourful. The game is difficult, but fair because there aren't many cheap shots like in most arcade games. If you die, it's probably your own fault. The game has a bit of an RPG element in it, as you can earn cash by killing enemies or finding treasure, and it can be used to buy things from old dudes you find standing around for no apparent reason.

Anyway, it's a great port of an okay Capcom game.