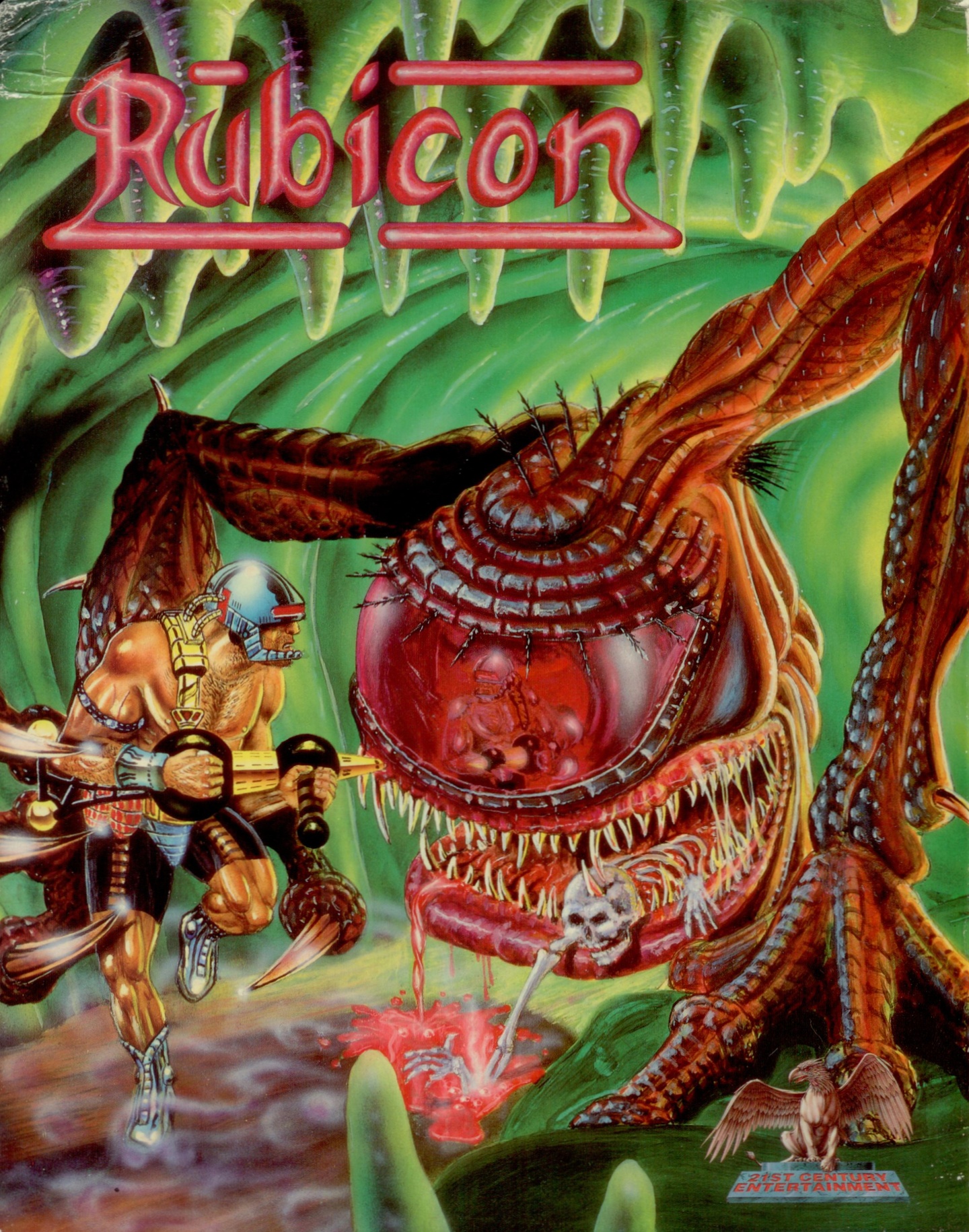 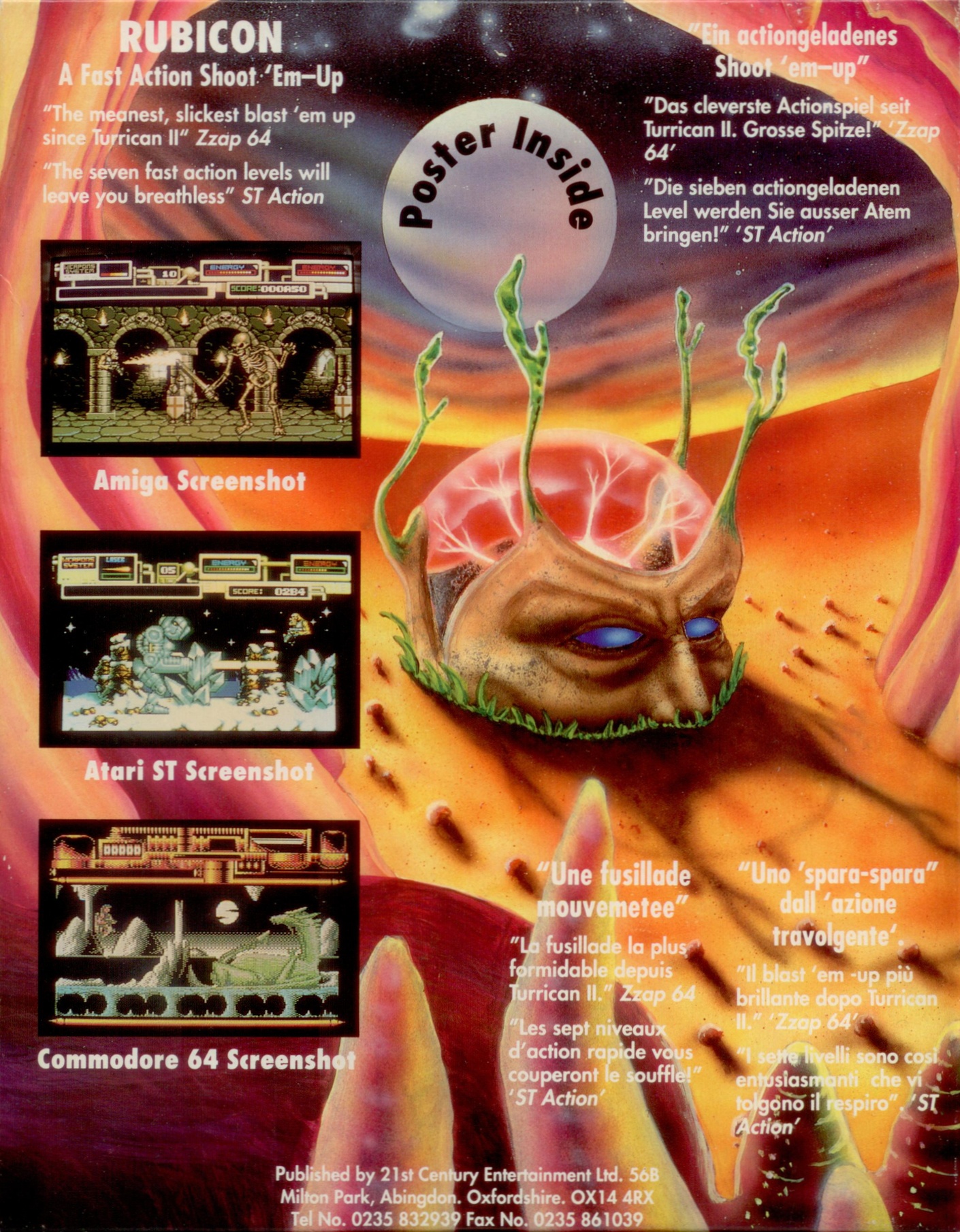 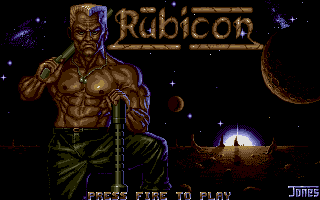 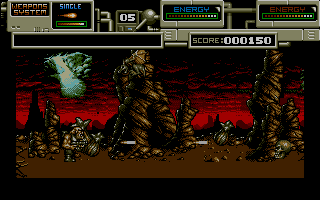 bullis1
Rubicon is a game about being cool and doing cool things. Here are some cool things that you have to do to complete the game:
-Blow up dinosaurs in hell
-Blow up two or three really big rocks
-Get whipped by a fat guy
-Jump on a few logs
-Listen to the sound of absolute silence
-Infringe on H.R. Gigers copyrights
-Ummm... scuba dive

You are a big-headed shirtless muscley dude with a generic blastey gun. You have to visit a number of themed stages with little elevation change and run to the right while encoutering many mini-bosses per stage. Oh, and also an unending stream of little flying things that spiral around. You can powerup your gun by selecting the weapon you wish to use and then grabbing the powerups that parachute down through solid objects. The powerups include a three-way shot, a laser beam, homing rockets, a useless jetpack, and a few others.

The graphics a pretty good. The colours are drab, but the detailed artwork (by the famous Mark K. Jones!) is very good. It kind of balances out. The sound effects are squeely and somewhat annoying, which is made worse by the fact that there is no in-game music. You better turn on your stereo. There is some digital music (by the famous Maniacs of Noise!) on the title, end-game, and high-score screens though. It's pretty catchy and the replay routine is very good (waaaaay better than in any Bitmap Bros. games).

The plot is dumb and pretty much non-existant. Don't expect much from the unintentionally humorous ending.

Anyway, this is difficult game that's also pretty mindless. It has a huge cool-factor and the control is very good, so it's fun to play through at least once. A cooperative mode would have been a blast, but not many ST games have that anyway.

Oh, and about the title:
Rubicon, other than being the name of the river that Ceaser led his army across and started a civil war, means "a point of no return," and "an event that results in irrevocable commitment." This is very appropriate because you can't save your game or walk backwards.