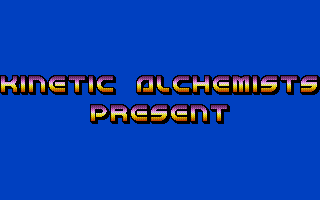 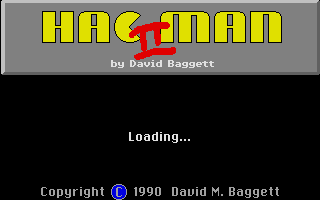 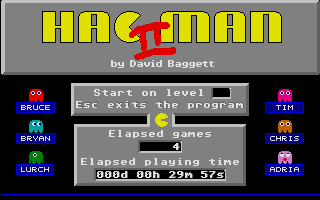 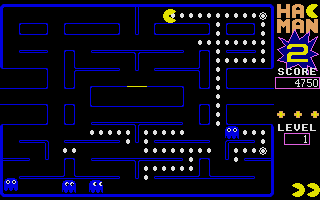 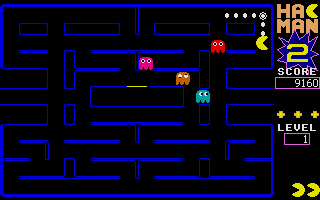 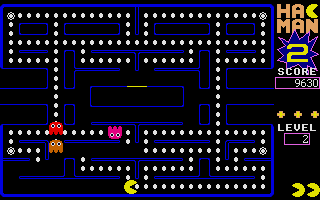 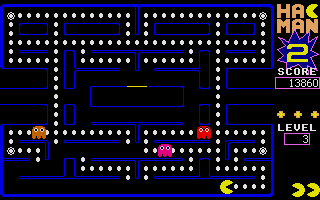 Yes, for a good fifteen years or so it seemed that every software company out for a fast buck considered the way to go to be throwing some ghosts, some dots, and a dot-eating hero into a maze and rushing the resulting product to stores faster than they could scream "unoriginal!". Many of these games were good, many more were bad, and perhaps the largest number were simply mediocre.
More

dmbaggett
I wrote this as a demo of Game Workbench, a C-language game development system I wrote with Neil Forsyth. As the previous reviewer says, the board doesn't change, but the game mechanics do. I wasn't a terribly experienced programmer when I wrote this, so most of the exceptional things that happen in the game are hard-coded. Despite the earlier reviewer's comments, I think the graphics are pretty appropriate -- after all, it's a silly pacman clone. The artists for this game were Tim Trzepacz and Chris Nebel. Kinetic Alchemists was the name of Neil Forysth and my game development tools company.

In retrospect, I think HacMan II has a lot of virtues, and a few flaws. It has tremendously creative gameplay variation for a pacman clone, with neat devices like invisible walls, teleporters, special characters that only appear on certain levels, and outright puzzles inspired by Jumpman's "Figurit" levels. However, the frame rate is pretty poor (15 Hz) and this adversely affects the gameplay. As well, a few gameplay devices were simply misguided: "odd control", for example, which causes the joystick to be virtually rotated. That's just wrong. The ghosts were named after people I knew, including many of my collaborators on the game.

If you played HacMan II, I hope you enjoyed it. :)