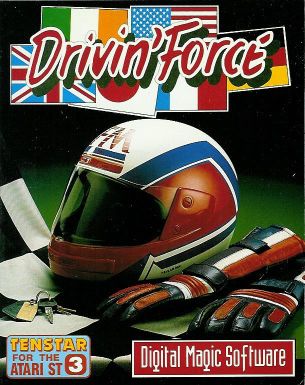 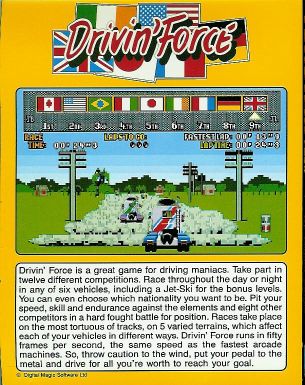 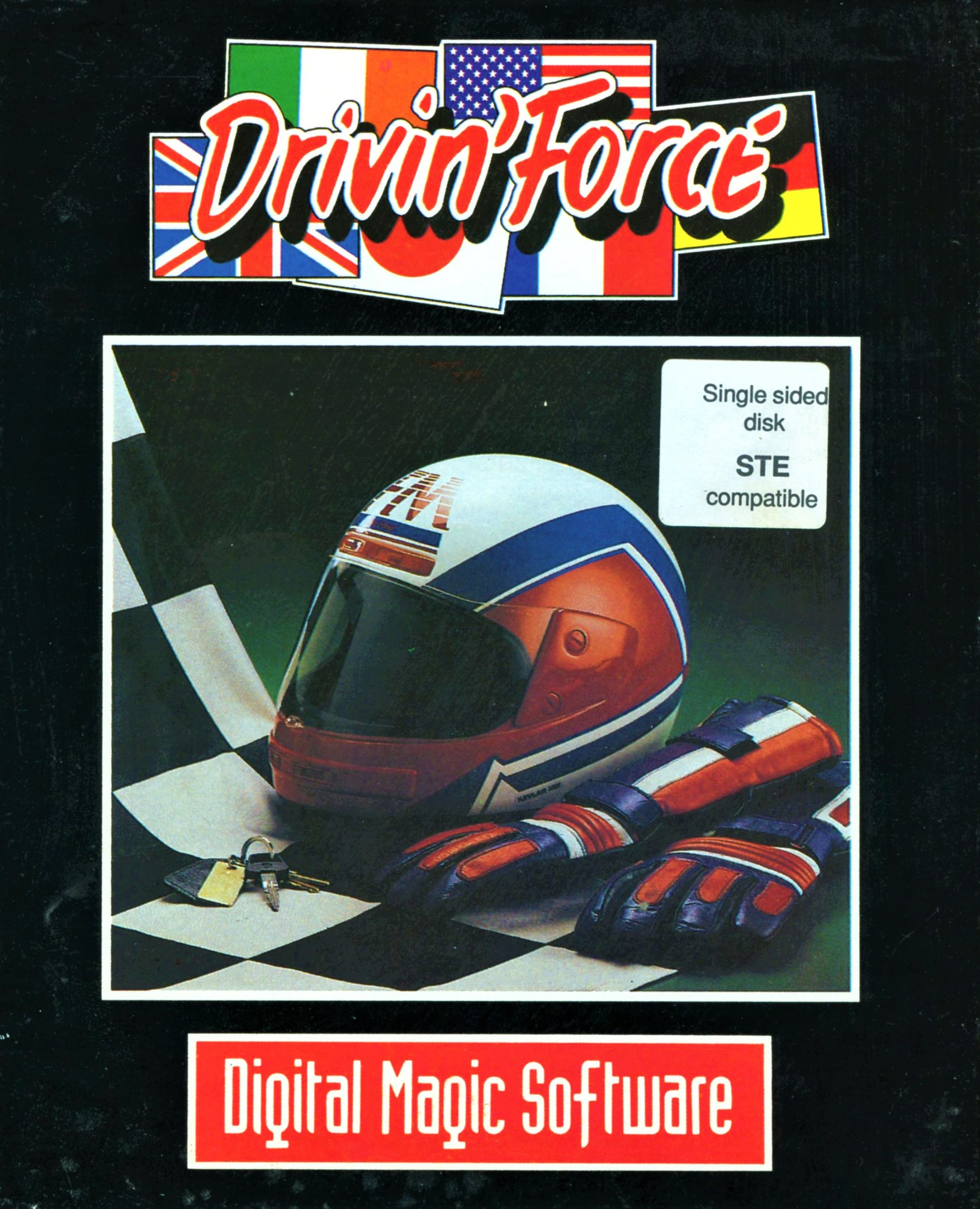 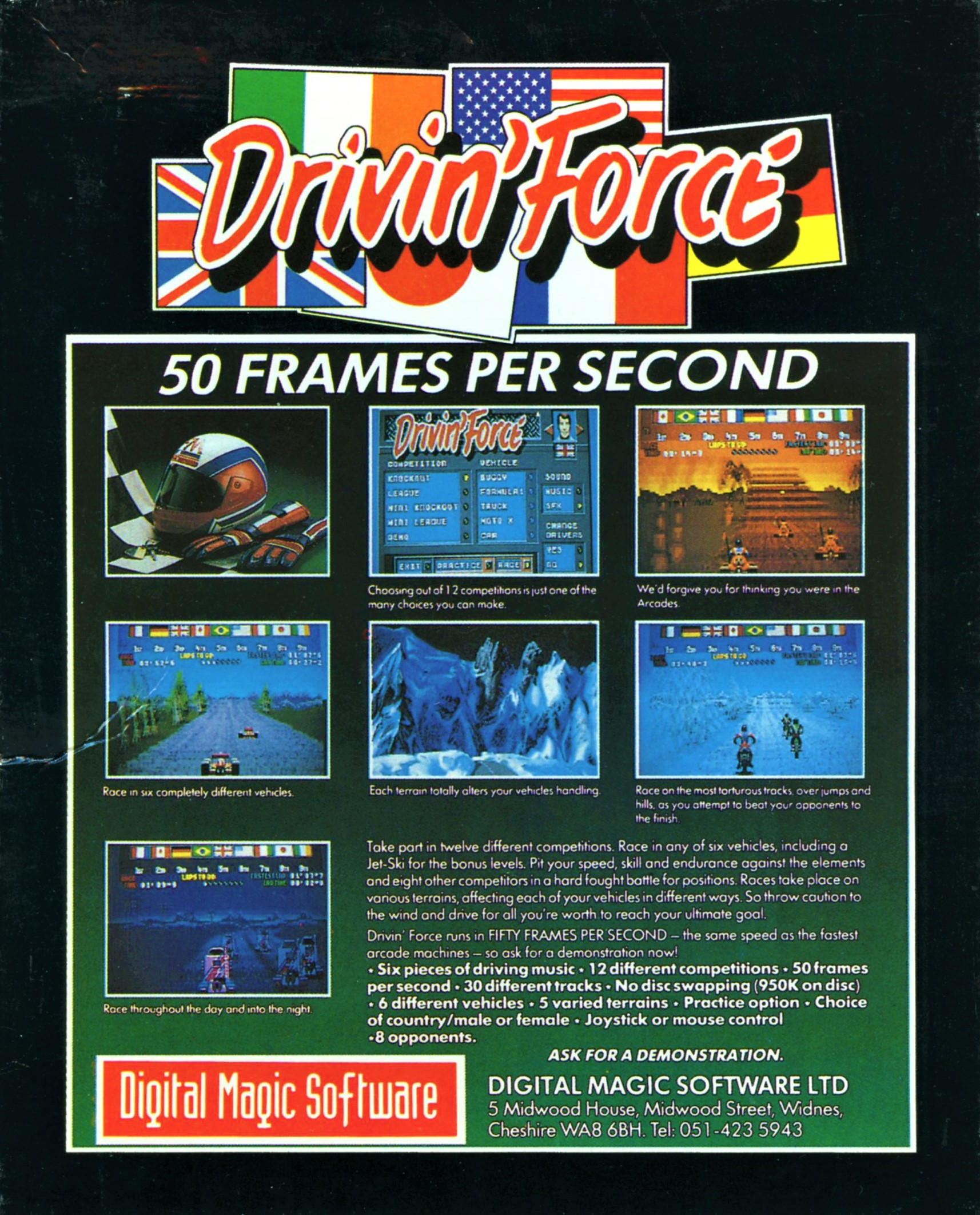 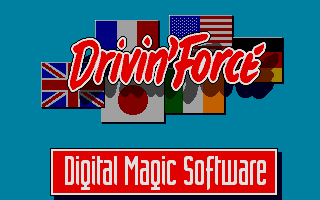 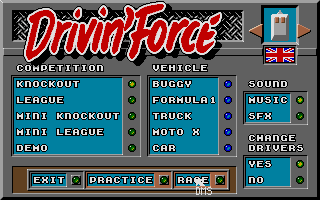 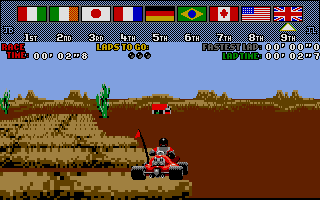 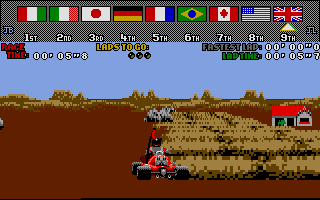 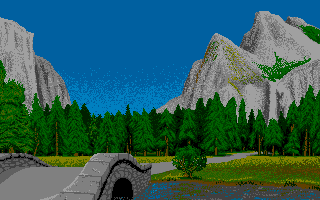 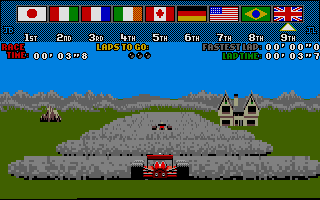 The Public Enemies #5A

bullis1
Remember Power Drift, the popular Sega arcade racer that got ported to ST and sucked because of the inability of the ST to reproduce the 3D engine? Well, someone decided that it would be a good idea to rip-off that atrocity of a 3D effect and use it in their own racing game. Note to developers: don't do that. Anyway, Drivin' Force is that game and I'm going to tell you a bit about it.

The sound is decent. Sound effects are merely average, or a little below. Music however, if you decide to turn it on, is fairly good and the slightly dramatic tune is kinda enjoyable.

As for the graphics, they are a mixed bag. The road surface looks terrible, your vehicle looks great, and scenery objects are somewhere in between. The scaling is above average for an ST game of this era, and provides a sense of speed (somewhat), but it doesn't really look like you are driving into the scenery. It's more like you are sliding your vehicle horizontaly in front of an animated background. Also, the parallax background layer NEVER seems to stop. It's like the whole world (except the road you're driving on) is spinning at an alarming rate. The intermission screens look very nice though.

Control is fairly good too, at least when using a joystick. I never tried using the mouse, but I have a feeling that it would suck. The controls do let you down when you are on the many elevated sections of the track. When there is a tight (or even slight) turn on an elevated section, it is very easy to fall off even when it seems like you are in the middle of the road. This would be extremely unfair if it wasn't for the fact that it is very easy to catch up with the AI opponents.

Where am I going with this anyway? Well, I like this game and it's one of my favourite racers for the ST. Drivin' Force basically sucks big-time butt. It has something about it though that makes it inexplicably fun to play. It has all the standard racing game stuff, like a championship mode, selectable vehicles, etc. I highly recommend that you pirate this mediocre game immediately and give it a try.