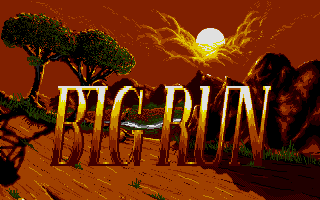 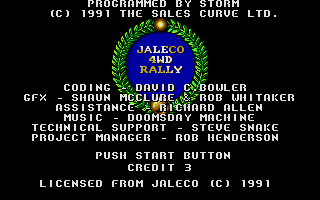 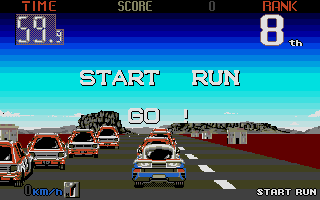 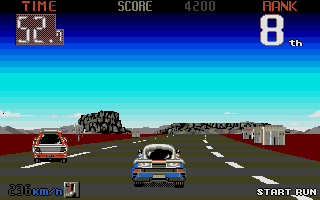 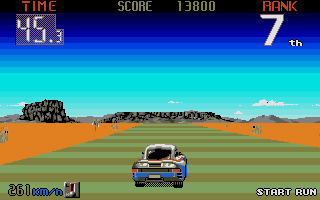 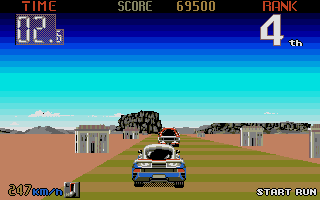 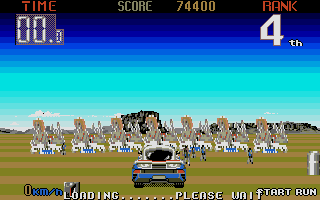 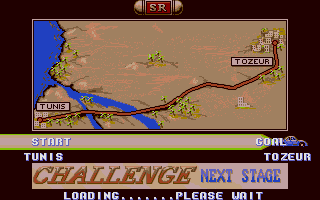 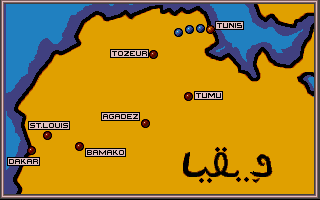 bullis1
Big Run is a game about the famous Paris-Dakar rally. This is the ST port of the arcade original from a few years prior (1989). Let's discuss the aspects of this version.

-Graphics
The palette is a little cut down from the arcade version, but it is pretty well done. It maintains the pastel-ey look of Jaleco's arcade racing games. The scaling of the on-screen objects is well done, and the 3D effect is almost as convincing as the original. The scenery is nice and often busy, and there are a number of track surfaces during each leg of the race. Well done!

-Sound
Some semi-catchy tunes are present that do resemble the originals. The sound effects are what you would expect and the YM2149 engine noises will get on your nerves (also as you'd expect).

-Gameplay
But is the game fun? What is it like? I will tell you. This is not a simulation. It is an arcadey unrealistic portrayal of rally racing. This is evident right at the start line, when your car is dropped out of the sky and bounces on the ground. Also, at the end of each leg of the race, "funny" animations happen. The driving physics are easy to learn and provide a good sense of speed. The opponents are aggressive, and there are varied track hazards but it never seems unfairly difficult. The first leg of the race is easy and kinda lame, but it picks up from there. Cars can be destroyed (just try not to make it yours) but it's best to focus on avoiding the track hazards.

In conclusion, this is an above average racer on ST. It's by no means a classic, but it is overlooked and mostly forgotten. If you're into arcade racers, then you'll like this. If you tend to like polygonal simulations, then look elsewhere. If anything, try this game out for it's nice style (both graphical and gameplay-wise).