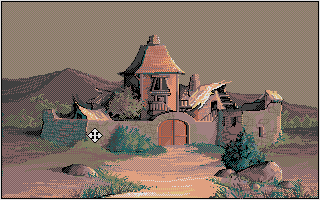 Quest For The Time-Bird, The is a 1989 release of Quete de l'Oiseau du Temps, La. It was released in Germany, United Kingdom, published by Infogrames. Its license is commercial. It is also known as Auf Der Suche Nach Dem Vogel Der Zeit (German).

It is incompatible with Falcon, TT.