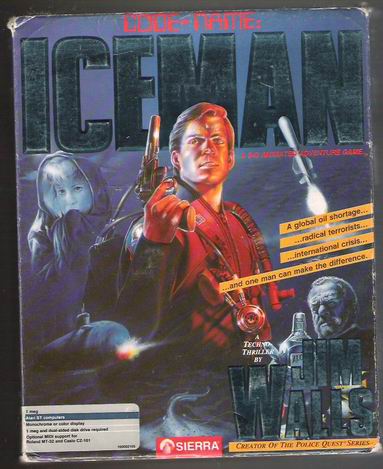 Release: 1990 by Sierra On-Line
Previous Next 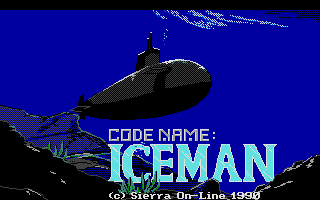 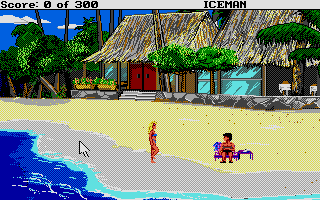 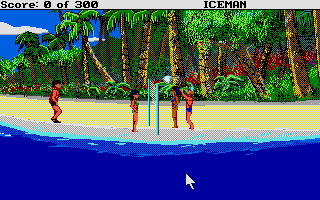 A full guide to the game can be found at Sierra Gamers website.

The Last Atarian
Codename: ICEMAN is a techno-thriller akin to something written by Tom Clancy, and ambitiously claims to be part simulator as well as adventure game. Unfortunately, the Sierra Creative Interpreter (SCI) interface was not well suited to that task, and the "simulator" portion of the game is a bit clunky.

If you can overlook that, however, Iceman is as solid an adventure as anything Sierra ever published. It's long, interesting, and has plenty of wonderful art. The copyright protection scheme requires judicious use of the manuals; I don't know if a cracked version exists that allows one to skip the codebook sequence (it was so integral to the game that I doubt it).

Definitely worth a few hours exploring this one. Download the manuals and connect your Roland MT-32, this is one of the Sierra titles that makes use of it.

Game was written by Jim Walls, the author of the first three Police Quest games. There was intended to be a sequel but it was never realized.