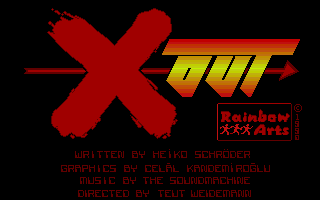 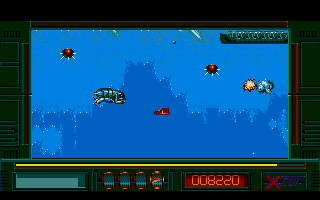 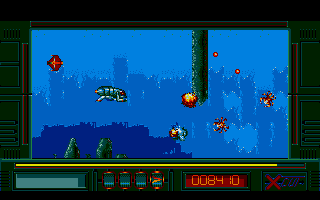 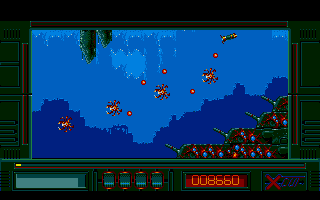 bullis1
This game has a great concept and amazing smooth framerate, but otherwise I found it pretty crummy. It's a good effort, but the small window and large levels make you have to scroll up/down into uncharted waters way too often and get killed. Also, the music is well composed, but technically awful as all the YM sounds used are extremely piercing and annoying. The colour pallete also sucks and looks nothing like you're under-water. Obviously I didn't like it, but many people do so it must be worth a play.
February 2, 2007
The Paranoid
When seeing the Amiga version first, the ST version looks poor.
When playing the ST version for a while it turns out to be not so bad at all. The graphics window is smallish but movement is slick and stays so all the time. The music of the first level is poor, but the other levels have been given an impressive soundtrack.
Even better, the game plays very well - too bad the mid of level 3 is very unfair.