1989 by Grandslam Entertainment
[no date] by Unique Software

bullis1
I liked this game. It's a port of Space Harrier II from the Sega Genesis. It's surprisingly as good as the source material. My one gripe is that while the music is very very good, the channel that contains the melodies cuts out when any sound effects are occurring. This sadly has to be done but it's too bad they cut the "catchiest" and least-repetitive of the 3 music channels when firing your weapon. This is fun and all, but it's still not the best Space Harrier action you can get. It may be the best Space Harrier game on ST though so give it a shot.
July 28, 2008
The Paranoid
This ST conversion is not based on the original Space Harrier conversion by Elite at all. As a result, it is slower, jerkier and less fun than the ST version of the original Space Harrier. The music of this one is better though ...
December 27, 2005 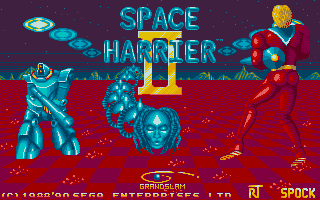 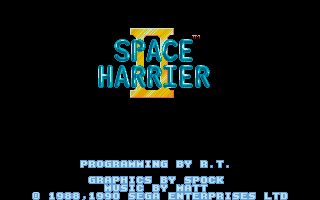 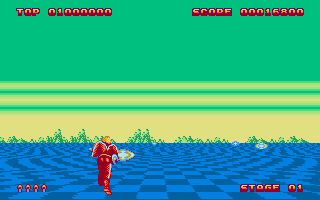 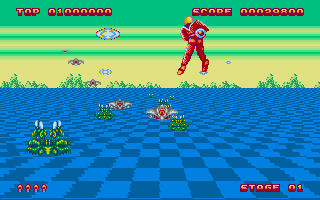 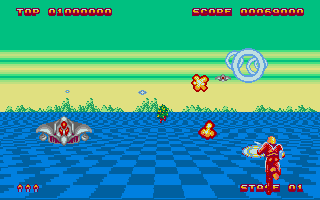 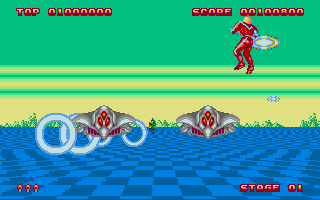 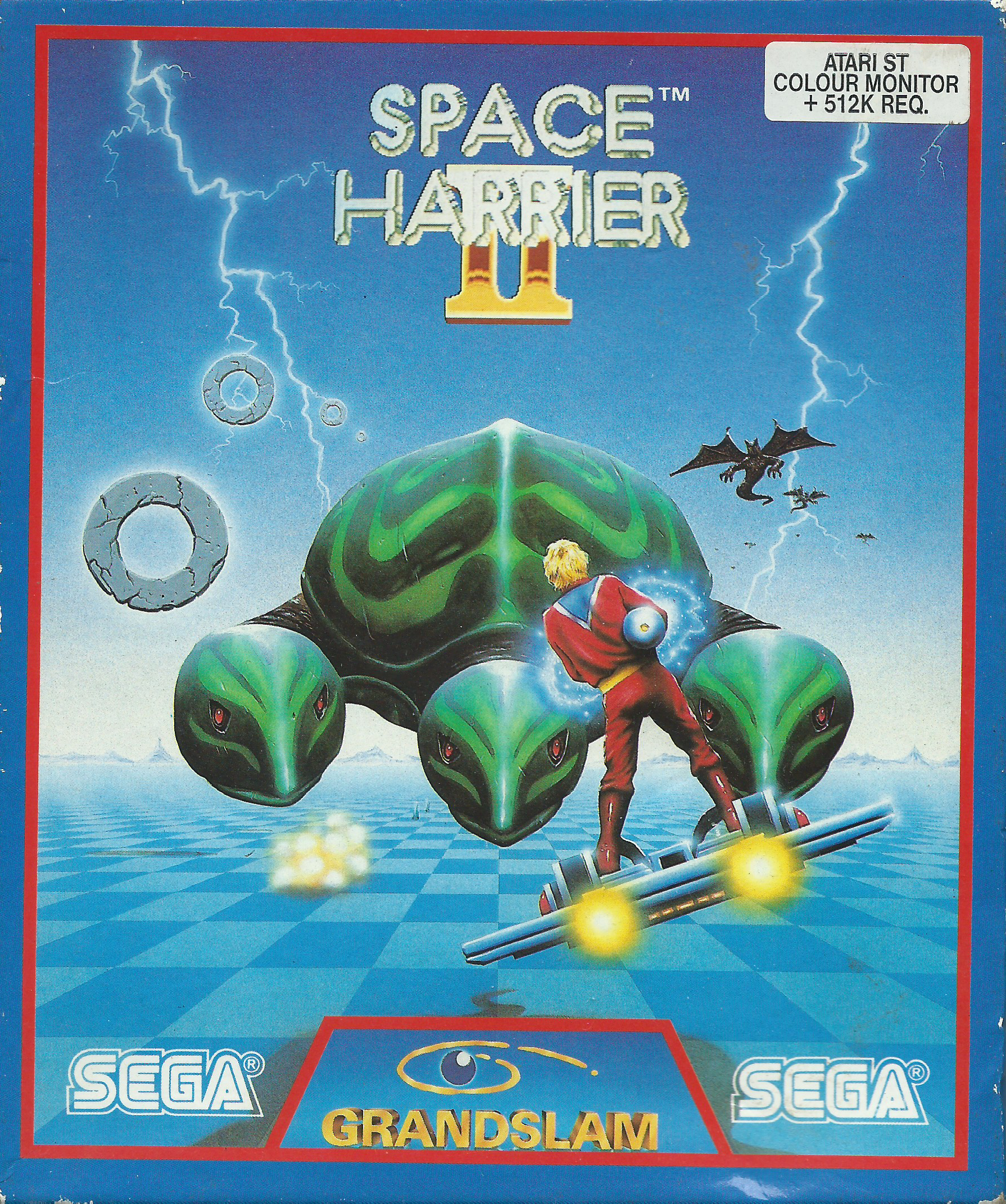 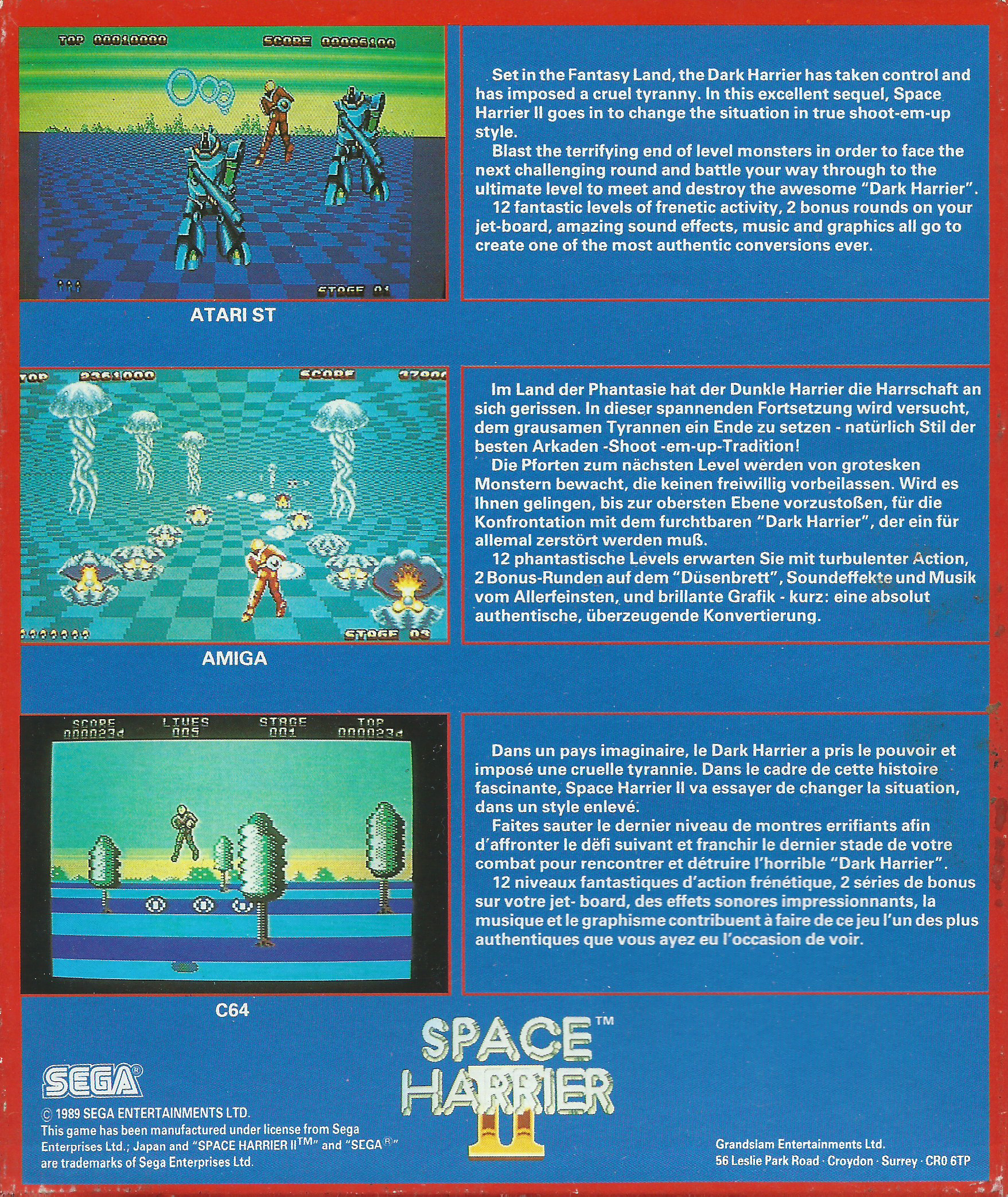 Release: 1989 by Grandslam Entertainment
Previous Next