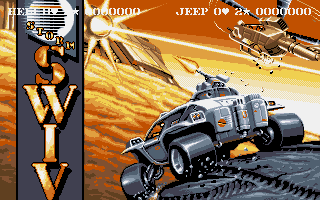 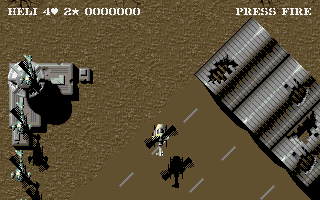 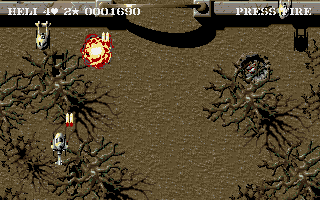 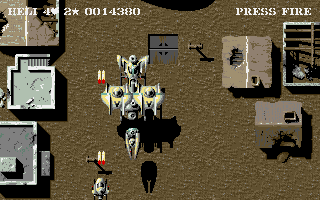 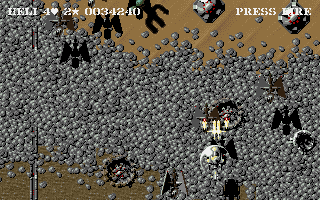 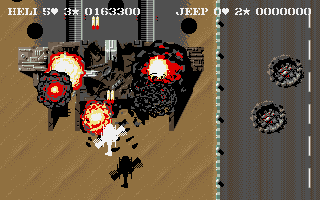 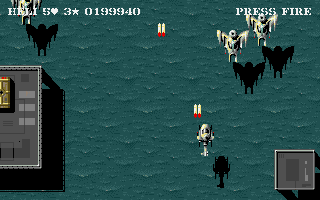 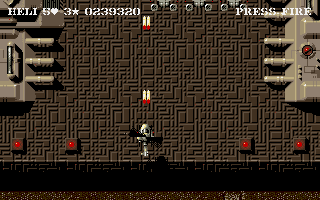 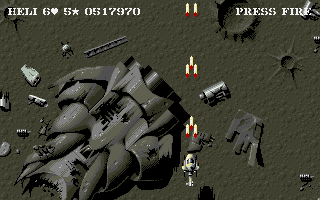 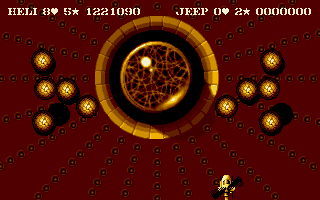 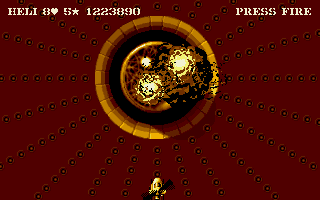 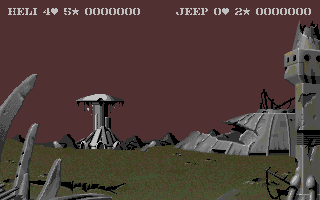 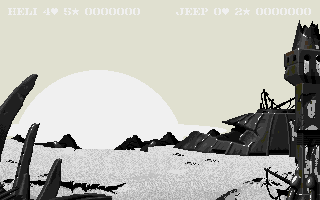 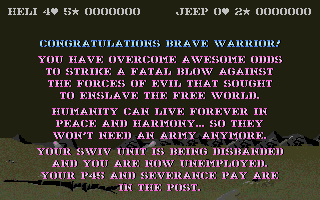 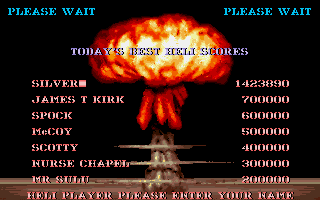 bullis1
Whoops! Forgot to mention that the original game in the series, SilkWorm, is available for Atari ST as well. I've never played the ST port though and I can't comment on it.
February 23, 2007
bullis1
Legendary game series (the other games in the series are for different platforms). I can't stress enough how good the graphics/animation and effects are in this game. Innovative in the fact that there are no levels to speak of. The game streams data off of the disk while playing in order to create the illusion of one huge level that slowly changes. This loading process causes the game to lag quite often though, which really got on my nerves (this is a common complaint with this game. Be warned). Also, this game has no music in it. This is unforgivable for a scrolling shooter game. It really ruins it.

Where am I going with this? Well, the game is an impressive technical showpiece, but it's not a very fun game. It has a spin-off for Super Nintendo called Firepower 2000, though, which has dumber looking graphics but is better in every other respect.