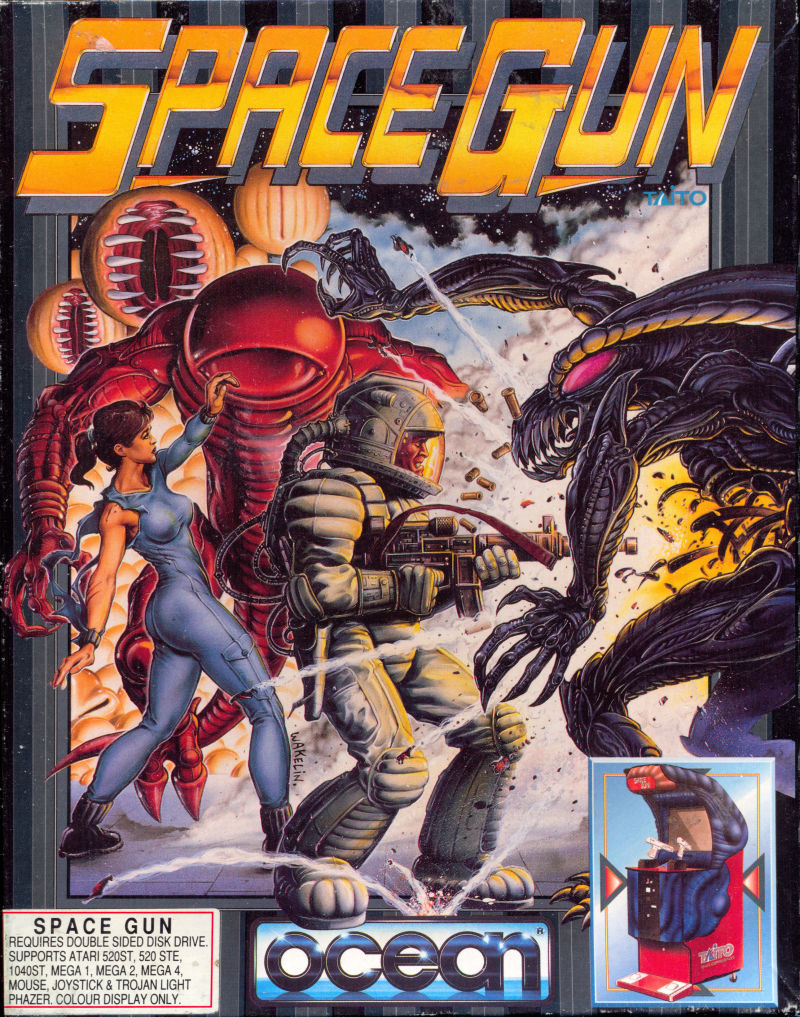 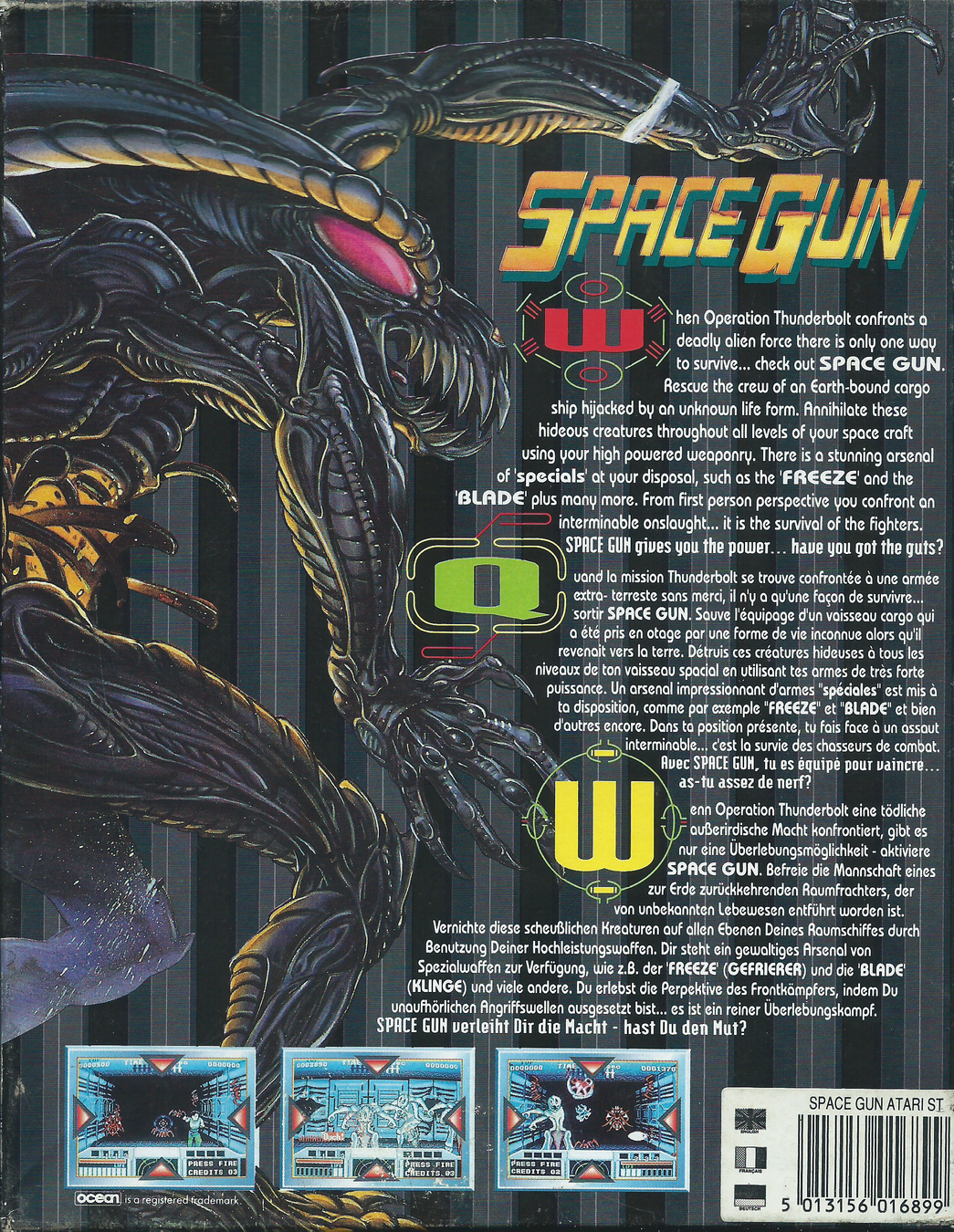 Release: 1992 by Ocean
Previous Next 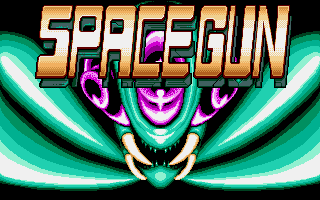 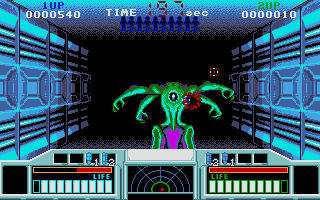 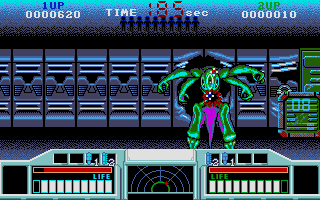 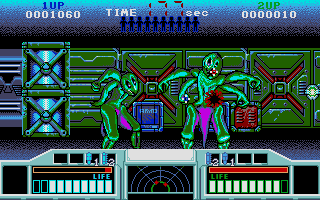 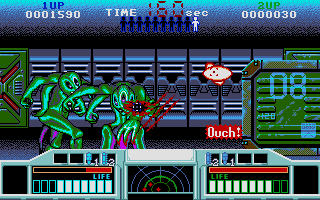 bullis1
The most creative game title ever devised. I bet people bought this game based on the title alone. Pure marketing genius.

Anyway, this is a port of the arcade light-gun game. Like most ports of light-gun games, this is a total click-frenzy. Click your mouse like a madman in order to hopefully survive. This is amplified by the fact that the developers seemed to increase the amount of shots an enemy can take before 'sploding to make up for the lack of challenge, which is usually provided by aiming with a light-gun. The festively coloured aliens will stand in your face for and take a massive barrage of bullets. A pretty big plus in this game is the selectable paths, which add the only semblance of replayability to this experience.

The atmosphere is pretty good though, but would have been better if the colours were a little more dark and foreboding. As it is, it's like the space nasties are celebrating gay pride day (but that's none of my business).

The sounds are okay, and there were a couple of good tunes if I remember correctly. It should also be noted that the animation, scaling, and scrolling is incredibly jerky. I don't remember if the game had a two-player mode or not, but I imagine that you would just end up with two bored players instead of one.

This game is definately worth picking up... if you find it on the ground that is. That way you can load it once, and then use the disks for something else.

In conclusion, this game is the best game!