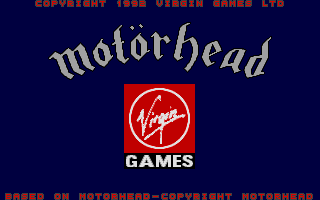 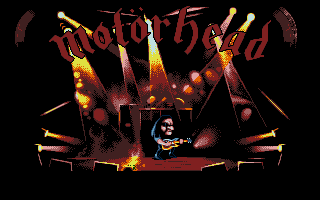 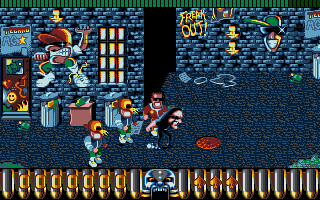 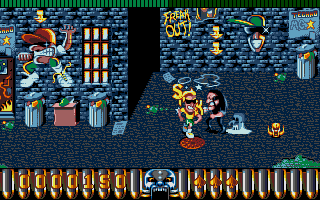 bullis1
A beat-em-up game in which you play the role of the lead-singer from the band Motorhead. You have to rescue your band-mates, each of which has been held captive by a different genre of music fan stereotypes. Stage one has you beating up black gangsta rappers (and white Vanilla Ice look-alikes), and other stages pit you against slick-haired Japanese kareoke singers or country music loving patriotic/alcoholic southerners. I don't think I need to mention that this game is probably racially offensive. However, it's probably the best scrolling beat-em-up (speaking of scrolling, it's choppy in this game) on Atari ST. The graphic style is very well defined, and there are a number of power-ups and special attacks. The music that accompanies each stage is well done, but can be annoying (which is on purpose to some degree). I can't remember if had a two-player mode though. Either way, the game isn't very hard and it's quite short, so it's fine as a single player experience anyway.
December 6, 2006