Score
-/5
Please log in to vote
No votes yet - be the first!
Developer
Software Studios 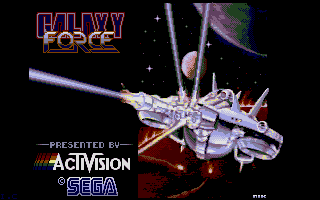 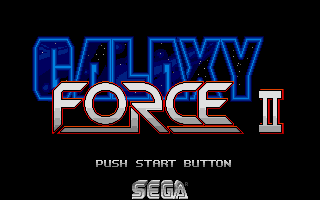 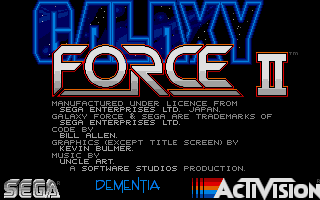 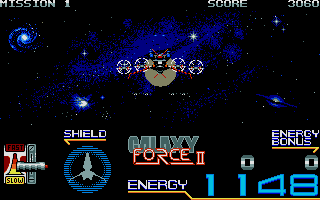 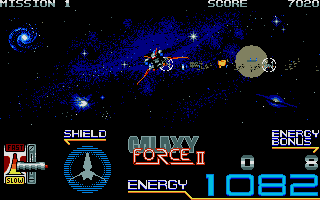 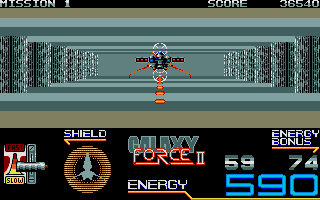 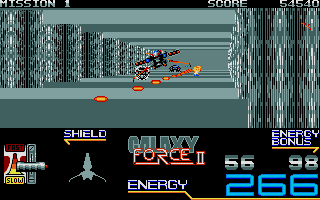 bullis1
This is an impressive port of the Sega arcade hit. It features a third-person 3D perspective as you pilot your craft in outer-space, surface, and indoor missions. Your weapon has a "lock-on" feature similar to that found in Afterburner.

As for the quality of the port, I'm very impressed. The arcade hardware used was extremely complex and a "perfect" home-port was not possible until 1997 when it was released on the Sega Saturn. This 1988 Atari ST version contains most of the effects and art, and far surpasses Sega's own official port to their Genesis/Megadrive platform in 1991. While the framerate on ST is slower than that version, it's not as bad as most arcade ports.

Not all is well however. The controls have suffered somewhat, and are sluggish compared to the arcade original. It is possible to get used to them and compensate though. Gameplay is quite mindless, but that is not the fault of the port as the original is the same way. Also, the sound and music have taken the obvious hit in quality. I do commend the musician in this version for his efforts however, because the original composition of the music is maintained. The tunes are quite good and fit the mood well.

Galaxy Force II has a cult following of sorts. While not as famous as other 3D games from Sega at the time for their sprite-scaling arcade hardware such as Outrun, Hang-On, Afterburner or Power Drift (all designed by Yu Suziki), Galaxy Force is arguably the best. It also received the best port to Atari ST. This game is entertaining for at least a play-through, and the ability to select your path through the game can lend some replayability. Give it a shot, no coins required.